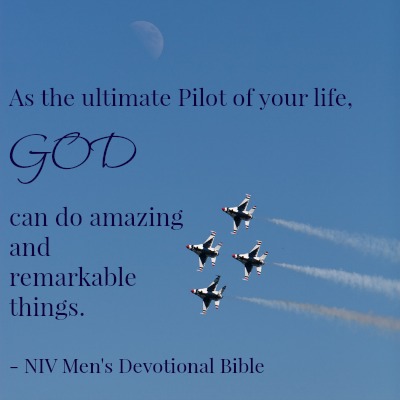 The F-16 was developed to act as a support weapons system for the U. S. military’s larger and more expensive fighter aircraft, the F-14 Tomcat and the F-15 Eagle. Blindingly fast and agile, the F-16 Fighting Falcon carries out a wide range of air-to-air and, with its heavy bomb load capacity, air-to-ground missions. An amazing technological achievement, the F-16 has a top speed of over 1,300 mph (2124 km/h) and a ceiling of 50,000 feet (15,240m) which it can reach in approximately 60 seconds. Its combat radius is 340 miles (547 km), carrying six 1,000 (453 kg) bombs. These same aircraft also excel in multinational service in patrol and combat situations around the world.

Of course, whether in a show or in combat, an F-16 requires one vital element to be effective: a pilot who is in complete control.

Despite its whiz-bang technical capabilities, without a pilot in control an airborne F-16 would either fly uselessly in a straight line or spiral out of control. Either way, a devastative crash is inevitable.

Similarly, if you possess every gift imaginable but don’t allow God to guide you in using those gifts, you could very well become useless. Or worse, you might spiral out of control and crash. As the ultimate “Pilot” of your life (yes, the “God is my co-pilot” bumper stickers are misguided), God can do amazing and remarkable things.

Imagine what might have happened if Abram (Abraham) had set out on his own way instead of taking the journey God had set before him. Ultimately, Abraham willingly left behind everything and everyone he knew to follow God’s will. Yet as a direct result of his obedience Abraham experienced God’s blessings – and the rewards were greater than he could ever have imagined.

God desires the same for you. When you begin a relationship with him, He calls you to leave behind what’s comfortable and familiar to set out on a journey filled with wonder, blessings, and the promise of new life. On your journey to obedience you’ll leave behind old habits, old attitudes, old sins, and old ways of thinking. Yet the blessing that awaits you is greater than you can begin to imagine.

Is God the Pilot of your life? When you allow Him to guide you, God offers not only a full and satisfying journey through life but a home for all eternity. Like that F-16 pilot, God is ready and willing to take all your potential into His skillful hands and use it to fulfill His ultimate mission.

In what ways does your life show that you are living for God’s purposes and seeking His approval rather than the world’s? Why is it difficult at times to leave behind your “old life” and step out in faith? When you pray, ask sincerely that God will steer you away from foolish choices and self-centeredness and take you on the ride of your life!

Join the conversation on our blog! We would love to hear from you about the rewards of obedience! ~ Devotionals Daily 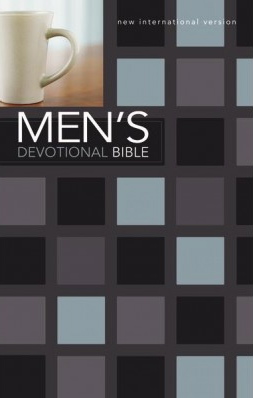