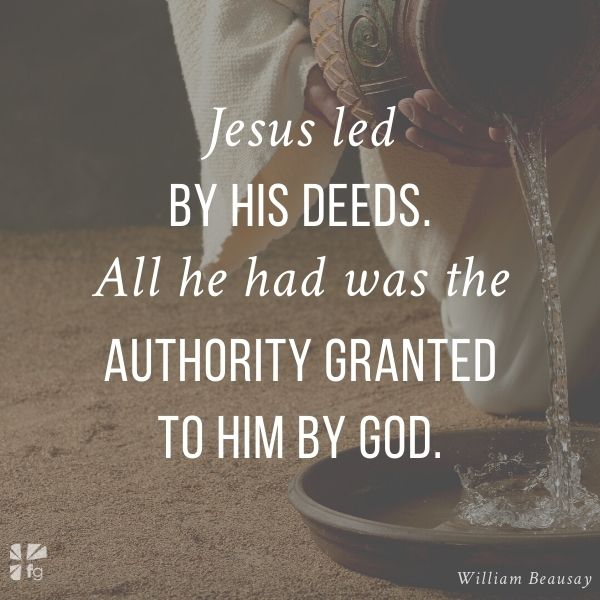 Let me tell you about the worst boss I ever saw. He was given authority prematurely, and he abused it wildly. He harshly ordered people when he should have gently directed. He bullied people when he should have asked nicely. He whispered when he should have screamed. He delegated poorly, and then he naively chose people who were as inept as he was. He had the title of leader, but he had no idea about how to lead, much less a deed that proved his leadership abilities.
I can speak harshly about this guy with some authority: He was me! I thought I was leading, but in reality nobody was following. I was the proverbial boy leading the parade; I had the title and position but no ability. As I marched through town, the parade turned down a side street, and oblivious to everything, I marched happily on.
Some of us labor under leaders with bequeathed authority, none of it earned. Others of us have had the unique opportunity to serve under leaders who have earned their rank. When those people speak, you listen. Their honesty, opinions, and directions have clout and power. Their presence creates a forceful inertia rather than stubborn resistance.
Leaders who have won the position by their deeds are easy to follow. Titular leaders, on the other hand, are very easy to second-guess and defy.

Jesus led by his deeds. He had no legal mandate, no political cronies, no rich uncles, and no connections outside the local lumberyard. All He had was the authority granted to Him by God.

The people He led were an interesting crowd. They weren’t a bunch of bored guys in letter jackets hanging around waiting for some action. They all had jobs, responsibilities, and obligations. They had strong ties to their own towns, and some had wives and families. Yet by His deeds, Jesus persuaded them to leave homes and careers and follow Him.
Ask yourself this question: What kind of person would cause me to leave home today? Not a leader by title, I guarantee, but a leader so compelling, you couldn’t justify staying home.
Good leadership cannot be purchased, bequeathed, or willed. Followers won’t follow that. Effective leaders have earned the position by performance.

Today, be a leader by your deeds: honest and credible by example, strong and sound in your opinions, temperate and wise in your judgment. Earn by your action something nobody can take from you: the deed of leadership.

Excerpted with permission from The Leadership Genius of Jesus: Ancient Wisdom for Modern Business by William Beausay.
*  *  *

“You call me Teacher and Lord, and you are right, for so I am. If I then, your Lord and Teacher, have washed your feet, you also ought to wash one another’s feet. For I have given you an example, that you also should do just as I have done to you. Truly, truly, I say to you, a servant is not greater than his master, nor is a messenger greater than the one who sent him. If you know these things, blessed are you if you do them.”

— John 13:13-17 ESV
Think of the leaders you’ve worked for. Which were good? Were weren’t? How can you model your own leadership style off of Jesus’ example? We’d love to hear your thoughts in the comments!
Sharing