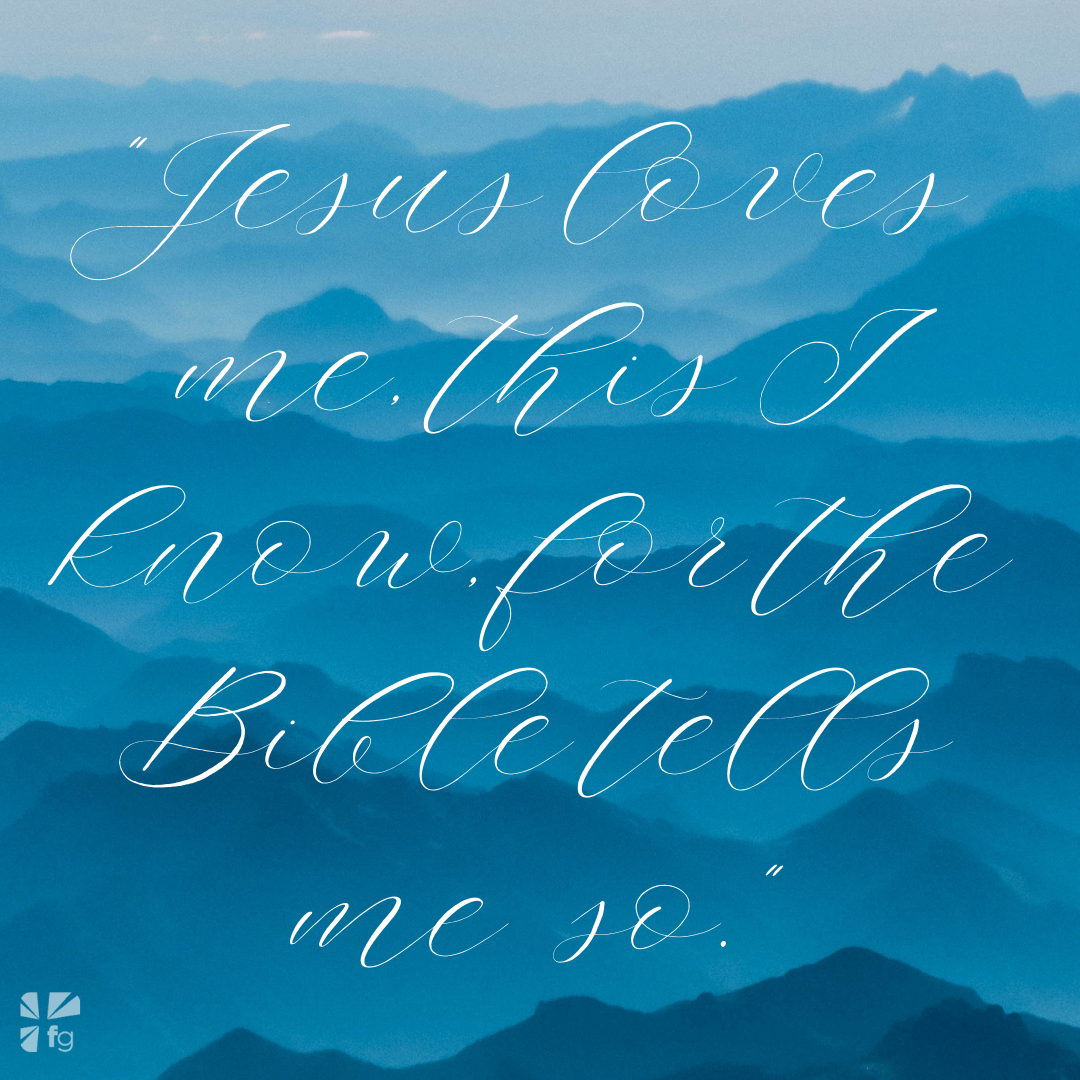 “Diane,” I said, “why do you think you’ve never found your faith in God to be a source of comfort or joy?”

“Would you if you always felt you were trying to measure up and never making it?” she challenged me.

“No, I wouldn’t. You know, what you are describing is something a lot of Christians seem to struggle with, and it stems from their view of God. How do you view God?”

“I see God as a harsh judge with all these rules who loves to punish people when they break them,” she shot back.

“Where do you think that view came from?”

“I guess my parents and even my preacher back home. All they seemed to focus on about God was hellfire and damnation. I think my image of God must come from that.”

“Was God’s kindness or grace ever mentioned?” I asked.

She laughed. “If it was, I can’t remember. I just remember being very frightened about God.”

“Any other images that pop into your mind?”

“Well, yes,” she said. “Of me as a kid, getting punished. My father was strict. He yelled and screamed at us a lot. He showed little, if any, compassion. He’d spout the Bible at us fairly often and then proceed to verbally blast us if we messed up.”

“And do you see God that same way?”

“Yes, I guess to some degree I do. Isn’t that what God is like? Isn’t He all about keeping us on the straight and narrow path?”

You probably see the problem in Diane’s thinking. She has been conditioned to think that God is a mean-spirited Father who just loves to beat His children when they break the rules of the house. Maybe her parents, even her pastor, taught her that about God in subtle and not-so-subtle ways in their efforts to make sure she never did anything immoral, and the teaching stuck.

In our counseling sessions, Diane and I uncovered many instances when her parents withheld their love after she made mistakes, but interestingly enough, Diane could think of no specific time they overtly taught her that their love was conditional. What parent would? Perhaps she saw such an attitude in their actions, and she ended up seeing God the same way — God loves me only when I am living right.

Diane believed that her actions affected whether or not God loved her.

The worse the sin, the more God hated her. And you can guess the next step. If her sins were ever bad enough and frequent enough, God would hate her intensely and forever. He would wash His hands of her, and she would be forever grounded.

When I was an undergraduate at the University of Texas, I was convinced of the very same lie. My on-again, off-again relationship with God was based on whether or not I sinned. I never felt secure in His love since hardly a “sinless” day went by. God rarely seemed close or real. Soon, my unbiblical version of religious faith led to burnout, and I backed away from God altogether. I didn’t go to church; I didn’t study the Bible; I didn’t pray.

When you believe that God’s love has to be earned and that it takes being perfect to earn it, giving up altogether seems the only viable option.

About a year into my efforts to run from God, He found me in the laundry room of the dorm where I was living. I was doing my laundry one evening, and a guy I had never seen before came into the room. He asked if I would be interested in hearing a talk about God in one of the study lounges a little later that evening. I said yes more out of trying to please him and not wanting to look like a complete heathen.

The talk that night introduced me to a God I had never known before as well as people who believed in God that were different from other Christians I had grown up around. I heard about a God who can’t not love me. I heard about a God who wants me to live a righteous life but who doesn’t withhold His love when I don’t. I heard about a God whose love for me wasn’t so shallow that it depended on my actions in order to be there. I met some Christians I really liked and could identify with. They were different, and I wanted to be like them. Even though I had been a Christian since I was eleven, God used that evening to give me a whole new view of Himself and what it really means to follow Him. It was truly a life-changing night, one for which I will always be thankful.

The primary challenge for the Christian battling this lie is to confront it, not with feelings, but with what the Bible says about the issue. Christians in Ephesus were obviously living this lie when Paul wrote them,

For by grace you have been saved through faith, and that not of yourselves; it is the gift of God, not of works, lest anyone should boast. — Ephesians 2:8-9 NKJV

He wrote Timothy that God called us to a holy life — not because of anything we have done but because of “His own purpose and grace” (2 Timothy 1:9 NKJV). And if we think God turns His back on us because we sin, we only have to look at Paul’s words to the Romans about God’s love:

God demonstrates His own love toward us, in that while we were still sinners, Christ died for us. — Romans 5:8

Memorizing — and then meditating on — these biblical teachings that are so contradictory to the “God’s love must be earned” lie is the first step toward overcoming it. The second step, I believe, is becoming involved with a community of mature Christians so that God can help you experience His love through them. Apart from intimate relationships with other committed Christians, it is doubtful that any of us will ever come to fully understand and appreciate how much God loves us. The third step to defeating this lie is noticing how often God does loving things, even when we are not living our lives properly. The job He helped us find, the illness He helped us heal from, the traffic accident He protected us from, the vacation He enabled us to take — these all have God’s fingerprints on them as ways that He expresses His love for us.

One of my favorite songs as a kid attending Sunday school is pertinent here. However embarrassing it might be, I want you to sing it to yourself every day if you have to, but make sure you don’t get too far from its truth:

“Jesus loves me, this I know, for the Bible tells me so.”

God loves you unconditionally. Nothing you can do will ever change that. Set your mind on this, and don’t let yourself ever think otherwise.

God is not mad at you. You don’t have to earn His love. You can’t even get out of His love for you even if you wanted to. It’s unconditional, unmerited, and free to you now and forever. Believe it! Come share your thoughts with us on our blog. We want to hear from you! ~ Devotionals Daily