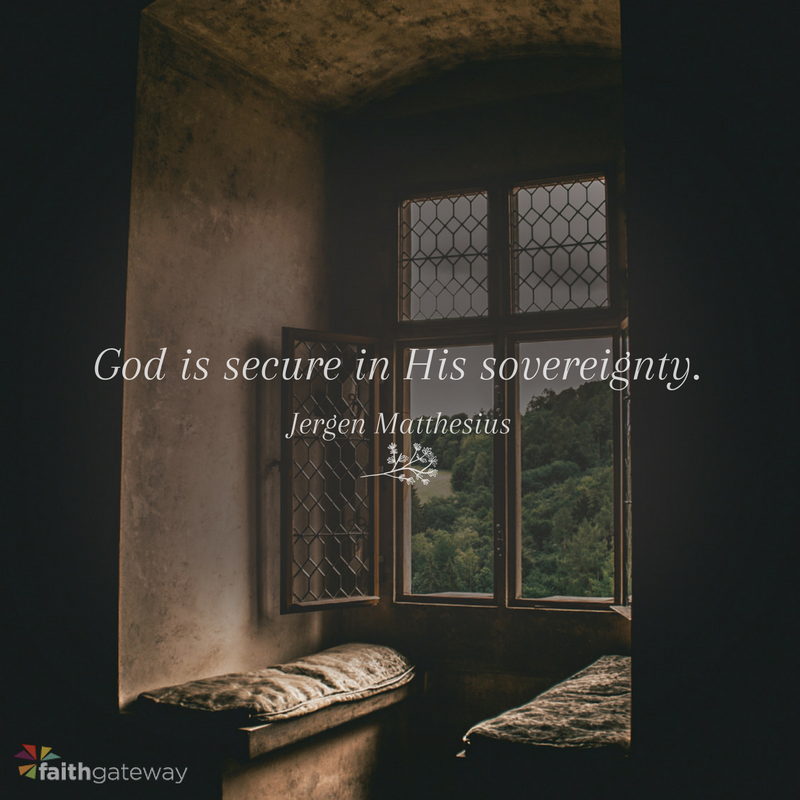 Prayer is not getting man’s will done in Heaven, but getting God’s will done on earth. It is not overcoming God’s reluctance but laying hold of God’s willingness. — Richard C. Trench

Next to Star Wars, my favorite trilogy is the Lord of the Rings. Hobbits, Elves, Dwarves, Orcs, the all-seeing eye of Sauron trying to locate the one ring that rules all rings, and a grotesque creature named for his horrible throaty cough — Gollum — all set the stage for a very entertaining time. Lord of the Rings was a genius for sure. Battles rage and adventure drips through every moment of the journey; insurmountable odds are faced; trials and disappointments are overcome; betrayal and deception experienced, all to carry about a great mission.

We, too, are called to such a great adventure. In fact, it is my belief that Tolkien, a practicing Christian, was bringing spiritual kingdom realities to life through the medium of stories for the emerging generation(s). There are sinister forces of evil trying to plunge the world we know into chaos and darkness. It seeks to ensnare and enslave mankind, making them Satan’s subjects, subjugated by their own appetites and desires. This is our battle. We stand in the breach: we are it; we stand as the last line of defense between peace and destruction. It has been this way since a carpenter’s Son from Nazareth declared upon the mount,

If we PUSH in prayer, God results happen. If we are silent, then the enemy triumphs. It’s that simple.

We have established that there are two kingdoms in conflict here on earth and that we are indeed engaged in a battle. One seeks to bring about our heavenly Father’s will, while evil forces seek to oppose His will and reign here on the earth. That is predominantly why PUSH is required.

It is not that God is reluctant in answering prayer; it is that the enemy is resistant!

The Bible has a very simple formula for PUSH that I want to show you.

What? You read that correctly. I love writing that headline, and even more than writing it I like to preach it. It always draws a potent reaction from those who have neatly laid God in their theological casket. It’s amazing how many folks feel threatened about the possibility of God changing His mind, because they see it as a crack in His sovereignty, and therefore in their security that “everything that happens is meant to be.”

God is secure in His sovereignty, for He

But we know that God often changes His mind and even relents. Repent and relent are two completely different words and have two completely different meanings. (Relent: abandon or mitigate a harsh intention or cruel treatment. Repent: feel or express sincere regret or remorse about one’s wrongdoing or sin.) God does not repent because He does not sin and is incapable of wrongdoing. This is one of the things that makes Him so magnificent. He does, however, “relent” again and again throughout the Scripture of judgment or a harsh intention in His wrath.

In Genesis 18, Abraham interceded for Sodom and Gomorrah, which God had determined He would destroy in righteous judgment for their wickedness. God was not throwing a tantrum or overreacting to a few minor scandals. This is righteous judgment on a city that had become so perverse that when two angels visited the city, men surrounded the house they entered and demanded to have sex with them. The owner of the house, who was the most righteous man in the city, offered the band of perverted men his virgin daughters in an attempt to persuade them away from their perversion, to which the men reacted with violent threats, saying, “We will deal worse with you than with them” (Genesis 19:9). Nice people. Sounds like a great place to visit.

Yet Abraham interceded for the city, specifically for his nephew Lot whom he knew was living within its walls. God relented from His “plan A” to wipe out the entire city with all its infected inhabitants to a “plan B,” where Lot and his family became the beneficiaries of God’s grace and were saved in the midst of the destruction. Had Abraham not interceded, Lot would have perished. His intercessory prayer released God’s grace upon Lot and his family. The same still happens today.

The devil will convince you that your son or daughter who is on drugs deserves death, calamity, or some other judgment of God, but the devil is a shrewd prosecution attorney who does not disclose the complete truth — he only speaks in partial truths. While that may be right, the heart of God desires mercy, not judgment; and when you intercede for your son or daughter, you move him or her from God’s judgment to God’s mercy.

Righteousness and justice are the foundation of Your throne; mercy and truth go before Your face.

There are two sides of God’s throne — one side is judgment, the other mercy. Intercession has the power to move people from one side to the other. The Bible says that mercy and truth go before His face. We decide whether we are greeted with mercy or with truth. If you embrace Christ as your Lord and Savior, then you have embraced truth, and therefore grace is extended to you from the throne. But those who reject Christ reject truth, and therefore miss out on grace and will have to endure truth when they stand before the throne of God.

When Jonah preached judgment in Nineveh, the king proclaimed a fast throughout the land and the entire nation repented. What happened next? God relented of His intended judgment and spared the Ninevites, but Jonah the judgment preacher got angry!

I love the story of King Hezekiah. The prophet Isaiah was sent to his house and told the king to set his house in order, as he was going to die of the sickness with which he was afflicted. Upon receiving the word of the Lord, the king cried out to God and repented. Then the Lord spoke to Isaiah and told him to go back to the king — God had changed His mind and would extend his life by fifteen years.

The Bible is full of God seemingly changing His mind. What is actually taking place is God willingly moving people from judgment to mercy because there are folks who know His heart and choose to intercede. The whole point of Jesus coming to die upon the cross should be proof enough that God does not desire to give us what we deserve. Listen to Jesus’ harsh rebuke of the “judgment junkies” of His day:

But go and learn what this means: ‘I desire mercy, not sacrifice.’ For I have not come to call the righteous, but sinners. — Matthew 9:13 NIV

Prayer shifts people from God’s judgment to God’s mercy. It’s so powerful, and it is so essential. If you don’t have a prayer meeting in your church, ask your pastor if you can start one. Don’t become that church that has given up hope in the grace and mercy of God and stands there condemning your city because of its sinfulness. Instead, begin to cry out for your city and intercede, moving people from the judgment of God to the mercy of God!