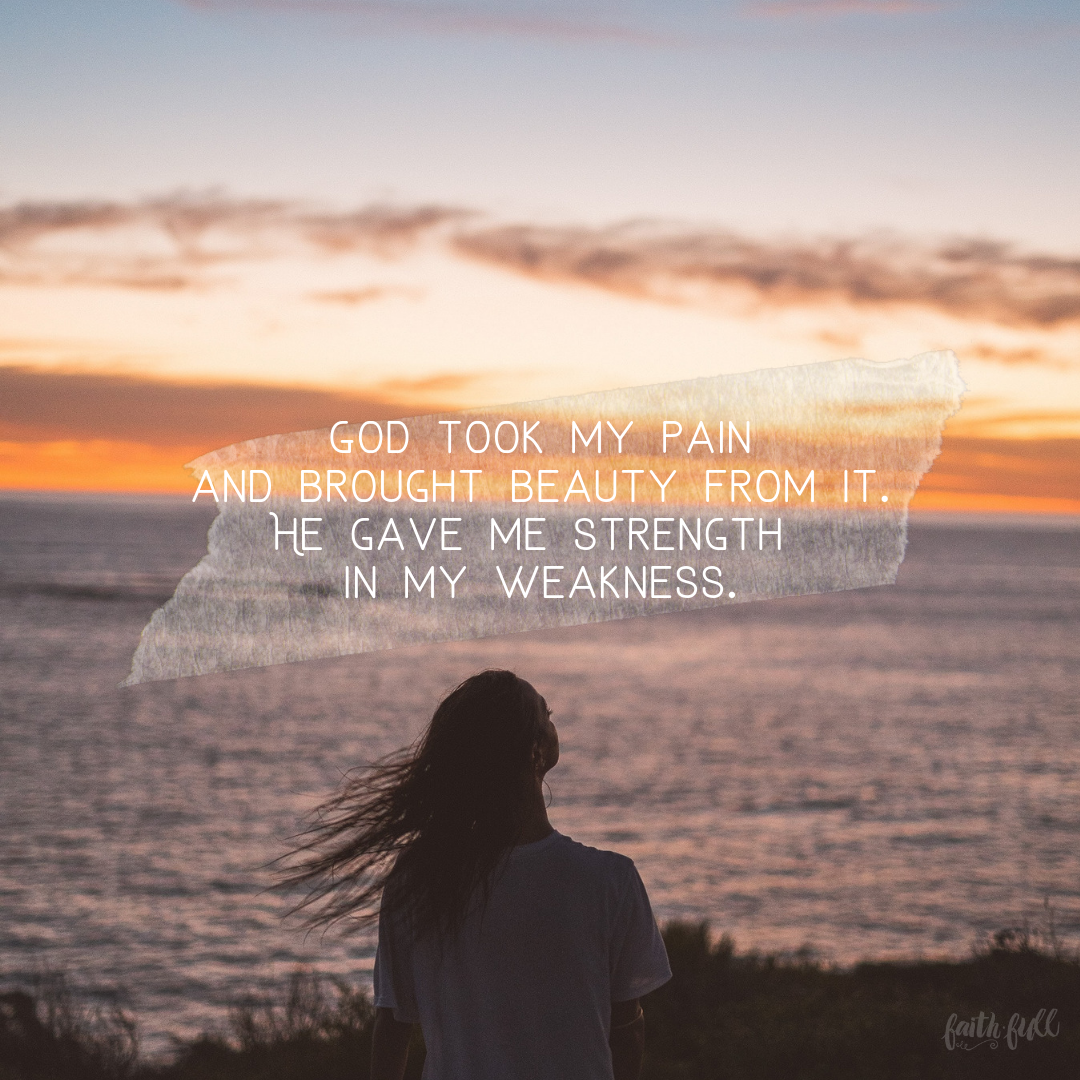 Three times I pleaded with the Lord to take it away from me. But He said to me, “My grace is sufficient for you, for My power is made perfect in weakness.” Therefore I will boast all the more gladly about my weaknesses, so that Christ’s power may rest on me. That is why, for Christ’s sake, I delight in weaknesses, in insults, in hardships, in persecutions, in difficulties. For when I am weak, then I am strong. — 2 Corinthians 12:8-10

I felt the call of God on my life when I was eleven years old. I sensed then that my life would amount to something great. Even though I could not articulate what I would do, I knew it involved something big.

Even when I was broken and lost and at times trying to find my way, the thought remained. I knew God’s purpose for me was something incredible. God meant much for me in His Kingdom.

Still, in the back of my mind, I was cautious. As I served in churches and traveled, I witnessed many men and women of God who started their race with integrity, passion, and humility, but they didn’t seem to be able to sustain that heart posture. When their ministry or name became well known, I perceived a change in their behavior. I watched them become proud of their medals, conceited, and competitive. A person would be one way on the platform, but sadly a very different person behind the closed doors of their green room. It broke my heart and gave me a dose of fear, for better or worse, of the same thing happening to me. I saw it happen so often that I began to believe it happened to everyone. And that was very concerning to me.

When our family embarked on our journey to the United States, I prayed a prayer that went something like this: “Dear Lord, I know that You have called Henry and me to something wonderful. I know that it is all about You, and we are simply stewarding Your message. But, Lord, if You foresee Henry or me becoming in the least proud and conceited, You have full permission to send a thorn in our flesh to prevent that from happening.”

I kind of regret praying that prayer. I don’t recommend praying it unless you mean it. But seriously, I truly am very thankful for Jesus’ beautiful ways of honoring it.

Fast-forward a few years. Our church, The Belonging Co., was going strong, and we were about to launch our first worship record. We were so excited. Henry had not been part of a church album for over nine years, and this was the fulfillment of a dream long in his heart. I remember a pastor saying once that when a movement breaks out, a sound comes alongside it. The Belonging Co. had become a movement, and the sound that followed was stunning.

During launch week, testimonies poured in regarding how the worship was unlocking hearts and causing people to have powerful encounters with Jesus in their cars and living rooms. The sound of Heaven was being released, and people were experiencing breakthroughs all around. We were filled with excitement and continued expectation of what God wanted to do.

In the midst of this, one night we went out with friends for dinner. Something felt off, and I sensed they were troubled. When I insisted they share what was bothering them, they admitted that they had heard some things that were quite upsetting.

Apparently some close friends of ours had been questioning our motives in releasing the album. These friends had been highly critical and judgmental of the album, and had shared their thoughts with others in the congregation. Henry and I were floored.

We assured our dinner companions that this was something that often happens when spiritual territory is at stake. The Enemy likes to stir up dissension and gossip; no doubt this was a prime time to do so. We concluded the evening and said our goodbyes, but as Henry and I got into our car to go home, I found myself weeping uncontrollably.

I was surprised at how much their words hurt me. I went through all the emotions that night. I was hurt for my husband because these were supposed to be his friends and peers. I was sad. And then I got angry. I wanted to pick up the phone and yell at our friends, “How dare you attack our integrity?” The more I went over the conversation, the more it poured poison into my heart. By the time I got home, I was furious.

As I took off my makeup that night, I carried on an internal dialogue with the offenders. I yelled at them as if they were in the room and made bold, silly statements intended to hurt them as much as they had just hurt us.

As I got into bed, Henry reached for my hand and said, “Alex, you need to let this go and see it for what it is. The Enemy hates what is taking place at our church, so he wants us distracted over this issue. We have a choice to either engage in the flesh and get angry or to exercise the fruit of the Spirit and love them, forgive them, and show some self-control.”

Wow. My husband, the one who should have been hurt the most, since the attack was directed primarily toward him, went immediately in the opposite spirit. He was operating in forgiveness and moving on. “We will continue to love and honor those who hurt us,” he told me. “We have an assignment that is much greater than dealing with insecurity and jealousy.”

I began to weep again, but this time it was out of repentance. I found myself suddenly overwhelmed by the love of God for those people, and I began to bless them and pray for them. I felt the Lord say to me, Remember when you prayed about Me giving you a thorn in your flesh to keep you all from being proud and conceited? Well, this is it. God reminded me of the bigger picture and of the many times He was persecuted and judged for doing what was right. In that moment I was able to take all the bitterness from that poison and hand it back to Jesus. And I was able to forgive our friends with a genuine heart.

God took my pain and brought beauty from it. He gave me strength in my weakness.

The other beautiful thing about this story is that the album went to number one in three countries and stayed there for a week. Even more important, people all over the world began to tell us what God was doing in their lives through the worship. We were overwhelmed.

We will all face times of feeling worn down from the issues of life, but instead of letting those issues disrupt us on the inside and cause us to become weary, we have a choice. We can either fall apart or allow God to become the strength in our weakness. We become strong and overcome the Enemy by doing the opposite of what we feel.

Living the opposite life injects us with a supernatural confidence and strength that helps us shine a light in the darkest of places and push through the seemingly impossible.

Excerpted with permission from The Opposite Life by Alex Seeley, copyright Alex Seeley.

Is God your strength in your weakness? What things are you choosing to do the opposite way than you feel because it’s the way Jesus would do it? How have you seen that make all the difference for the Kingdom of God? Come share with us on our blog! We want to hear from you! ~ Laurie McClure, Faith.Full