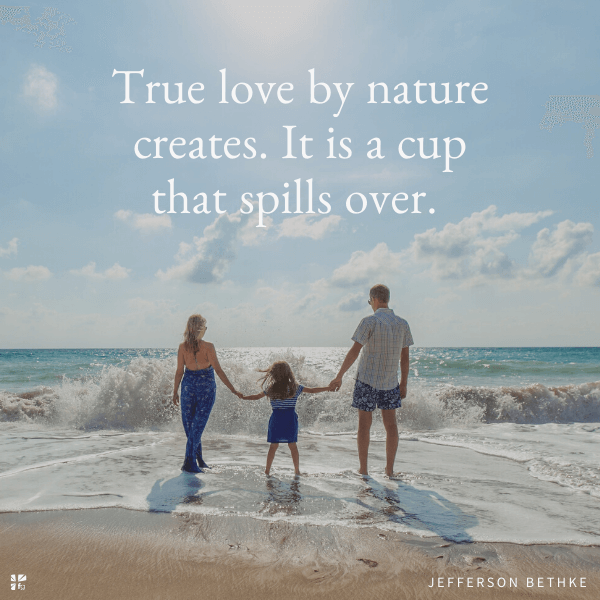 Why does sticky webbing come out of his wrists?

Why is he a billionaire who uses all his money to fight crime?

These are all questions you probably would have if you jumped to the middle of the Spiderman, Batman, and Back to the Future movies.

But these aren’t questions you’d have if you started from the beginning, what the comic books call “origin stories.” (Even though I don’t think the origin story helps me understand why Christian Bale sounds like he has a severe case of emphysema whenever he talks as Batman — but that’s another question for another time.)

Origin stories are deeply important, and without them it’s very difficult to answer the why question. But a big why illuminates so many things. And we have an origin story in Genesis — one that gives us a compelling story to help make sense of, or at least be a launching pad for, myriad enormously large ideas: marriage, family, sexuality, evil, vocation, job, God.

The book of Genesis is important on another front as well. One of my seminary professors a long time ago said to remember the “law of firsts” in the Scripture. And what he meant was to pay attention to the first time a value or principle or idea shows up in Scripture, because that tends to show the original vision and set the tone for that principle for the rest of the narrative going forward. It’s not a perfect law, but a helpful hermeneutical tip.

Which means the book of Genesis is more important than we think.

Even Jesus did this very same thing. The teachers of the law came to Him with a very complex and purposefully trapping question about marriage and divorce from the Torah (the first five books of the Bible), and what did Jesus do? Everyone else would’ve argued on the face of their question and the finer points of the law. Jesus leapfrogged their point and went back even further: “At the beginning the Creator…” (Matthew 19:4)

They said, “Here is the rule.”

So let’s do the same.

Because, as always, when we have cultural blinders on, we miss so much that is hidden in plain sight because we are reading the Scriptures as twenty-first-century, Western, post-enlightenment thinkers and readers. But the origin story is much more ancient and poetic and beautiful than the Western modern read we place on it. So let’s do a quick retelling.

The story opens with Heaven and earth being made. The creation was formless and void. Without shape or function or filling. And so God began to do what is inherent in His capacity as Creator: He began to create. Two ways specifically — to form and to fill.

He first gave creation shape and separation. Day from night. Land from sea. Then He filled it. With His beauty, goodness, creativity, and order.

And as the crowning act of this entire narrative and creation story, He made ha’adam, what we translate as man or humankind. And this Adam is said to be formed and taken from the adama. The human, taken from the earth.

Being formed of the earth points to two things: One, that we are made from dust. But a vapor. And two, our creative potential is what makes us unique — and truly to be made in God’s image.

Just like the earth holds the potential to bear new things and new possibilities for that which is put into it, so we come from the adama and are given a divine vocation to harness that potential. We reflect God’s image best when we continue that creative capacity. To bring order and goodness and beauty into the world where there currently isn’t any.

But let’s talk about that phrase for a second — image of God. B’tzelem Elohim. The divine reflection. Or as some early Aramaic texts say, the icon of God. Divine diplomats granted authority, blessing, honor, and creative capacity under him. An incredible, certainly earth-shattering concept then and now. That every person, no matter what they’ve done or not done, has an innate stamp on them. No matter how hard we scratch, we can’t get the image off of us.

One thing that is interesting about the creation narrative is how the image of God first shows up. It does not show up in some treatise about individual dignity (even though that’s absolutely true). This image first shows up in the plural. In a group setting — or more appropriately, when a team is present.

When God wanted to reveal Himself in this poetic fashion, He did so in two symbiotic halves. He did it by making a team. He then put this team in the garden of Eden to work it and to keep it. This team was instantly given a job to do.

I think this is a place in Scripture a lot of us assume but don’t press on enough. We picture earth as this incredibly ordered and tamed and fruitful, lush place. But that wasn’t the earth after the creation narrative. That was a small space within it called Eden.

It’s just a common conflation for us to read the more “zoomed in” account and think it refers to everything even in the “zoomed out” setting. He created Eden as a prototype, made divine diplomats as agents and ambassadors of His rule, placed them in this garden, and essentially pointed out to the rest of the earth and said, “Your job is to go make the rest of the world look like this.”

The divine vocation and call is to build. To rule. To bring order and shalom to bear on everything we touch. And to do it justly, wisely, and lovingly. And that is the job we self-sabotage too, by the way.

But that job is massive. Go make the rest of the world look like Eden? We are still doing it to this day and will do so until we reach the new city at the end of the line. It’s not a coincidence, by the way, that the Bible starts in a garden (Genesis 1) and ends in a city (Revelation 22). What’s a city in its truest form? Just a bunch of “gardens” (places where people have made order and beauty out of nothing) all put together.

This is a massive, cosmic job. And so God says, “You’re going to need a lot of help. Make sure to multiply yourself or else you won’t be able to get the job done. Have a bunch of kids — or make a bunch of images yourself.”

But let’s look at it from God’s perspective. He wants to fill the earth with His presence. It’s in His nature — true love by nature creates. It is a cup that spills over. He’s called Creator for a reason. So God creates and shapes and molds and spins into existence these beginnings. Of Heaven and earth. And He intentionally only creates a pocket of order, called Eden.

Most of the earth at the time of the creation narrative was untamed. Unordered. Not fruitful or multiplying. And of course God could have made the entire earth to be so. But He didn’t. Instead, He created a problem and commissioned His human diplomats to continue the work.

But something I love to do is pause for a second and reflect on how God chose to solve this problem. First, let’s pretend we were in God’s shoes — not always the best idea, but stick with me.

You have an entire section of the earth untamed and unordered. The problem is that it needs to be so. It is beginning to be brought into the symphony of created order and shalom, but it is not. Yet. How would we choose to solve that problem?

In the West there are many options. We’d probably create a business. Or start a nonprofit. Hire a bunch of employees. See if we could get a board of directors to give insight into the solution. Maybe create an app or tech solution to make it more efficient.

But did God do that? No. In fact, His answer was so peculiar, especially given no precedent. Out of the very mind of God the answer was to create two particularly unique image-bearing humans. Divine reflections of Him, similar in image bearing, yet obviously not the same. And then He gave these image bearers the capacity to multiply themselves and have kids. And in that generational multiplying, the mission remains the same: order, shalom, beauty, fruition.

In essence, God’s answer to the first problem in our story was a family.

And when I say family, by the way, I’m not sure I mean what you think I mean. Some hear that word family and think of a picture they have no way of attaining. That’s not what I’m talking about. That’s a cheap Western knockoff.

When I say family, I simply mean a “relational home,” as my friend John Mark puts it. A network of committed covenantal relationships and a team that commits to one another and is interconnected through a web of long-standing relationships. It’s layered and complex and older and spans generations. And having that web specifically work together and populate and bring forth his blessing into the world was one of God’s original and ideal ways of being human. And this is good news because you can be a young single adult, you can be divorced, you can be old, you can be married, you can be whatever season you are in and you are a part of some multigenerational story — for good and bad. God wants to work through that and in that and in your last name.

We easily run from our last names or stories, when God wants us sometimes to run into it.

What if we believed blessing could be unleashed into the world this way?

What if we believed that? What if we believed that being right where we are right now — a young single adult, or divorced, or  old, or married, or in whatever season we are in and still a part of the multigenerational story God wants to work through? Come share your thoughts with us. We want to hear from you! ~ Devotionals Daily