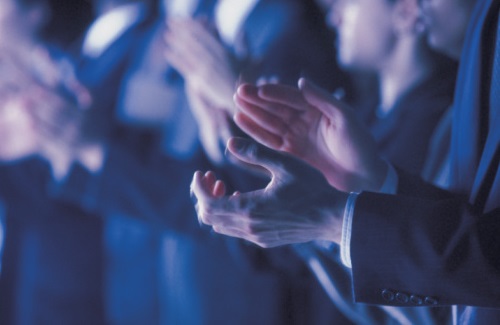 Public praise empowers your team to be the leaders you already know they are.

It was a brisk and beautiful April day, but I was as nervous as I’d ever been. This was my first day on the job as the new chairman of Herschend Family Entertainment, and Jack Herschend was going to introduce me to some of the key leaders at Silver Dollar City whom I didn’t yet know.

There’s nothing unusual about feeling nervous about one’s first day on the job, but my agitation went way beyond usual. I knew that HFE was a family company in every sense of the word, and Jack had been chairman of the company for more than four decades. Now he was getting ready to pass the baton to me — and if he was an Olympic champion, I felt like an uncoordinated fifth grader!

Replacing Jack was the business equivalent of leading the UCLA basketball team the first year after John Wooden retired as the most successful college basketball coach of all time, or going on-air the afternoon after Oprah’s final day as host of her talk show. Jack Herschend is a legend in our industry, and as I walked around the park with him, it wasn’t the thought of the cotton candy or a roller coaster that was making my stomach do front-flips.

I wondered whether my expertise in the automotive industry would apply in this new arena. I knew that I was about to undergo a huge test of my leadership principles and beliefs — would my convictions and talents be sufficient for this task?

What made things worse was the knowledge that even as I was battling these thoughts, people at HFE were probably thinking, Wait, this is Jack’s replacement? All he knows about are cars, and he looks like he’s about thirty-five years old! Anticipating such thoughts, I felt flushed, and my heart began to race.

As we walked the grounds of Silver Dollar City, everyone said hi to Jack. And that’s what they all called him too — Jack. Not Mr. Herschend, not sir, not boss — just Jack. Jack stopped to say hello to anyone who wanted to talk. He asked the employees about their families, whom he knew by name. He remembered specific details about whose kids were in college or whose family member was sick. The evidence of his love and affection for his employees was overwhelming. All I could think about was how hard it was for me to remember people’s names. I thought, I will never be as good as Jack. Why am I doing this?

So what did happen that April Day? Did touring the park with Jack and chatting with the friendly employees set my mind and heart at ease?

We ended our tour, and I was introduced to Nancy, Jack’s longtime executive assistant. Her last name wasn’t Herschend, but she was like a member of the family and had been Jack’s loyal assistant for many years. When Nancy met me, she did her best to smile and be relaxed, but I could tell she was nervous or at least unsettled. We sat in Jack’s office and made small talk about our backgrounds and families.

However, as we began to talk about her responsibilities, Nancy’s lower lip started to tremble and her eyes welled up with tears — not because of me, but because the fact of Jack stepping down was becoming real for her. I understood intellectually that Nancy wasn’t reacting to me per se, but my fears were reinforced, and I began to wonder if my self-doubt was going to be a permanent fixture of my new job.

Leaving Nancy’s office, Jack introduced me to Mike Hutcherson and his team. Mike was the leader of all the HFE parks in Branson, Missouri. In other words, Mike and his team were devoted to Jack — and they knew a whole lot more about my job than I did!

That’s when Jack changed everything.

In front of Mike and everyone present in the room, Jack began to praise me. He communicated his unwavering support for me, saying, “The most important thing to me about Joel is his values. His beliefs and leadership style are exactly in line with what we want as the chairman of this company. He understands our culture and wants to protect and grow it. There was nobody else I considered for this responsibility. Joel was my first choice. I know that he is God’s man for the job.”

The sense of relief and gratefulness that filled me felt like stumbling into a warm cabin after wandering for hours in the snowy woods.

Jack had never said most of those things to me individually, and certainly never in the form of a praise-filled monologue in a room of influential leaders. His words lifted my spirits and boosted my confidence. A huge weight lifted from my shoulders.

The picture had changed. Jack hadn’t run the good race only to watch me fumble the baton as the crowd gasped. Instead, Jack and the HFE crowd had chosen me and were rooting for me. Jack was going out of his way to let everyone know I was his first choice, his only choice, and I had his full support. This gracious exercise made me even more determined to do a good job for Jack, the Herschend family, the board, and the employees.

Perhaps praise doesn’t require the same level of patience that successful admonishment does. Yet when we rush to praise without thinking, we often fail to praise the right way and we miss an opportunity.

Looking back, I know Jack thought deeply about how to ensure the transition between his leadership and mine was successful. In other words, he was patient enough to wait for the right moment to praise me and patient enough to choose the right words.

To be truly effective, praise must be legitimate and pointed. Will everyone have good reason to believe this praise is true? What exactly is the praise for? In other words, I can walk around town with a megaphone, praising my employees at the top of my lungs, but if what I say isn’t believable and specific, it won’t have the effect I want.

Have you ever been in a situation when someone complimented you in public for a specific achievement or quality, when that person took the trouble to describe exactly the reason or reasons that you were praiseworthy? Think about that moment. Remember how you felt. I would bet loyalty to the person giving the compliment welled up inside of you. I would bet you made a commitment not to let that person down in your job performance.

That’s exactly how others feel when you praise them with the right words delivered at the right time. Public praise, just as Jack’s did for me, empowers your team to be the leaders you already know they are. That’s using patience to lead with love. 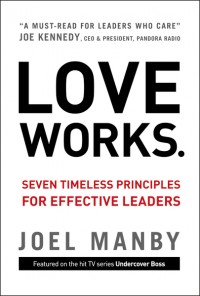