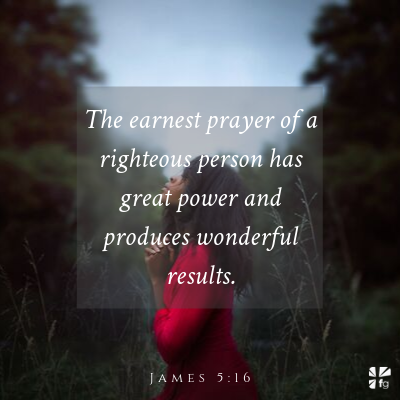 Abraham and Sarah weren’t expecting company. They certainly weren’t expecting a visit from God. But He came their way one afternoon, uninvited, unannounced, and disguised in the form of a man. Two other men, angels incognito, were with Him. We aren’t told at what point Abraham realized he was in the presence of God, but it must have been early in the encounter. The patriarch rolled out the red carpet. Bread was baked. A calf was slain. A feast was prepared and offered.

Abraham looked at Sarah. The question, if not on their lips, was all over their faces: Why is God here, and what on earth is He up to? After the feast the divine trio walked away from the camp, heading toward Sodom, the home of Lot, Abraham’s nephew. Abraham walked with them for a short distance to send them on their way. At a certain point God paused, wondering to Himself,

“No, I will not,” He decided. And He told Abraham that

the outcry against Sodom and Gomorrah is great, and because their sin is very grave, I will go down now and see. — Genesis 18:20-21

Abraham stood stone-statue still. He knew what God would find in Sodom. He knew the stench of the streets and the wickedness of the people. Yet he believed there were some worth saving. He had family in the city. Maybe that is why he did what he did.

Like a lone tree on the prairie, the father of the faith had enough faith in his Father to position himself between the people who needed mercy and the One who could give it. And he spoke on their behalf.

Gutsy move. He was just a bedouin shepherd. Hair to his shoulders. Bristly beard reaching his chest. Scruffy and wind bent. Missing a tooth or two. Still, he stood there.

Just as you did. That day at the courthouse. That night in the ER. That time when your colleague confided in you. “I’ve made a mess of things,” he admitted. And you did what Abraham did. You placed yourself between the one who needed help and the One who could give it.

For soldiers. For senators. For prodigals and preachers and prodigal preachers. You dropped a coin in the beggar’s cup with a prayer. You ran your hand over the head of your child with a prayer. You read the news of yet another war, divorce, or scandal, and you prayed, God, have mercy.

You’ve done what Abraham did. You’ve stood where Abraham stood. In between them and him. And you’ve wondered, Does God listen?

He was bold with God. He begged God to spare certain citizens of Sodom and Gomorrah, saying,

Thus far in human history no one had summoned the chutzpah to ask God to reconsider His plans. Adam and Eve didn’t. Cain complained, but he didn’t negotiate. Methuselah had a birthday cake with 969 candles, but never, as far as we know, did he beg God to revisit the drawing board. Nor did Noah. The ark builder stayed mum. But Abraham spoke up. In the nearby tent we can hear Sarah gulping and whispering, “Abe, hush. You’re gonna get us all killed!” She huddled in the corner. Thunderbolts any minute now.

But God didn’t nuke Abraham. He listened to him. God: “Fifty righteous people and the city is safe.” Abraham walked away and then paused and returned. “Perhaps forty-five?” God, smiling: “All right, forty-five.” Abraham turned and then touched each finger as if counting.

“Maybe forty?” God: “Forty is fine.” The back and forth continued until they finally settled on a number: ten righteous. Abraham went his way. God went His. And we are left to ponder this astonishing thought: God wasn’t miffed; He was engaged. He wasn’t put off; He was responsive. While Sodom and Gomorrah were destroyed, the nephew of Abraham escaped.

All because Abraham stood before the Lord.

He did what Scripture urges us all to do:

Someone you know is under attack. Your neighbor is depressed. Your sibling is off track. Your child is facing an uphill challenge. You may not know what to say. You may not have resources to help. But you have this: you have prayer. According to these promises your prayers prompt the response of God in the lives of those you love:

The earnest prayer of a righteous person has great power and produces wonderful results. — James 5:16 NLT

When we pray for one another, we enter God’s workshop, pick up a hammer, and help Him accomplish His purposes.

Our prayers unlock the storehouses of Heaven. The link between God’s goodness and your friends is your prayers. When you pray, when you speak for the ones who need help to the One who can give it, something wonderful happens.

As thrilling evidence consider the case of the centurion and his servant. The soldier asked Jesus to heal the man. When Jesus asked if He should go to the man’s house, the officer stopped Him.

Only speak a word, and my servant will be healed. — Matthew 8:8

Jesus was so impressed with the faith of the soldier that He answered the request on the spot. He didn’t inquire about the faith of the slave. He didn’t ask if the man had confessed his sins or requested the Messiah’s help. Jesus healed the slave because the centurion did what Abraham had done: he placed himself between the needy person and the One who could meet the need.

Let’s do the same.

We have the opportunity to offer heartfelt prayers for every person we see. We can pray for the attendant at the grocery store, the nurse in the doctor’s office, the maintenance staff in the office building. You don’t have to tell them of your intercessory prayer. Then again, I’m surprised at the welcome response from people when I say, “I’d like to pray for you. Do you have any particular needs?”

Not surprisingly, when we seek to bless others through prayer, we are blessed. Studies draw causal links between prayer and faith and health and happiness.

The act of praying for others has a boomerang effect. It allows us to shift the burden we carry for others to the shoulders of God. He invites us to cast all our cares upon Him (1 Peter 5:7). Impossible burdens are made bearable because we pray about them. Don’t fret about politicians. Pray for them. Don’t grow angry at the condition of the church. Pray for her. Don’t let the difficulties of life suck you under. Give them to God before they get to you.

Rather than fretting about the future of your family, pray for them. Rather than assuming you can do nothing to help others, assume the posture of prayer.

You are His child.

Behold what manner of love the Father has bestowed on us, that we should be called children of God! — 1 John 3:1

You are part of His family. You come, not as a stranger but as an heir to the promise. You approach God’s throne, not as an interloper but as a child in whom the Spirit of God dwells. You are His!

You are His ambassador.

Now then, we are ambassadors for Christ, as though God were pleading through us: we implore you on Christ’s behalf, be reconciled to God. — 2 Corinthians 5:20

The ambassador represents the king. He speaks with the authority of the throne. He carries with him the imprimatur of the one who sent him. If the ambassador sends a request to the king, will the king listen? If we, God’s ambassadors in this world, come to our King with a request, will he listen? By all means.

You are a member of His priesthood. Peter said,

But you are a chosen generation, a royal priesthood, a holy nation, His own special people. — 1 Peter 2:9

Although God has no need of our assistance, He invites us to bring it.

Be the Abraham in your cul-de-sac, the centurion in your workforce. Plead with God on their behalf.

Why would He tell us to pray

if we have no impact on the coming of the kingdom? God will not turn you away! Your persistent prayers will open God’s door for your friends.

Our calling is to be an Abraham on behalf of the people in our world. Place yourself between them and God, and speak up. Be assured, He will listen.

Prayer is a power posture. We pray from a position of strength and in our prayers and faith, health and happiness grow! Who are you being Abraham for today? Come share with us on our blog. We want to hear from you! ~ Devotionals Daily