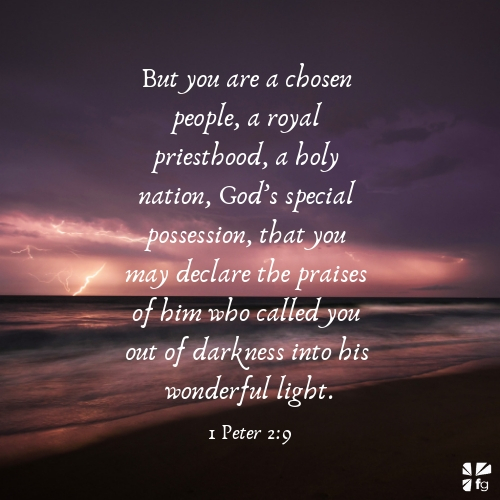 I believe the world is upon the threshold of a great religious revival, and I pray that I may be allowed to help bring this about. I beseech all those who confess Christ to ask Him today, upon their knees, if He has not some work for them to do now. He will lead them all as He has led us. He will make them pillars of smoke by day and pillars of fire by night to guide all men to Him. — Evan Roberts1

Had you been alive in 1907 and visiting Pyongyang in Korea, you might have strolled the streets in awe at the number of church steeples. Now seat of the communist Kim tyranny and religious cult, where streets thunder periodically with military parades, the metropolis was once called the “Jerusalem of the East.” The thriving Christian community there in the early twentieth century was due to the impact of the Welsh Revival on Korea.

Revival lightning struck Korea on January 6–7, 1907. What has come to be called the “Korean Pentecost” was sparked as missionaries gathered for weeks of prayer. Word of the Welsh Revival made it across the globe to the Korean Peninsula’s northern territory, and revival exploded across the region.2 While there were periods of decline, revival’s impact and fruit continued to be manifest in Korea even during the Second World War. Despite persecution by Japanese occupying forces, there were three times more Christians in northern Korea than in southern Korea, according to Jin-Heon Jung.3

Korea, as we will see, was not the only place to be influenced by the Welsh Revival. Revival historian J. Edwin Orr pointed out that all the inhabited continents experienced some level of “a noticeable and spontaneous spiritual awakening around 1905.” All, he said, to some degree had been impacted by the Welsh Revival that began in 1904.4

“The present worldwide revival was rocked in the little cradle of Wales,” said Frank Bartleman, who played a major role in the early twentieth-century Azusa Street Revival that many credit with launching the modern pentecostal movement. H. Elvet described it like this:

It is as when a farmer, one autumn afternoon, turns out to set the hillside gorse on fire. He lights a small bush, and perhaps it fails. He lights it again, then another, and there is a local blaze. He passes on to another part and does the same, and there are several red patches of fire. Then a servant, quick and eager, takes a dry, uprooted bush, just fringing with flame, and he runs along, leaving a line of fire building at a score of points, flame meets flame, fire kindles fire, sparks are caught in the wind and sow new flame on every hand… Evan Roberts became the herald of that fire, he helped to join together the separate patches of fire; the whole was caught in the great wind of God, and before 1904 passed away, the greater part of Wales was in a fervor of prayer and song… By the end of January (1905) I could discover no town or hamlet, or sequestered mountain spot, but the divine fire was there.”5

The spread of revival should not be a surprise. And it won’t be during the coming end-times revival. The inherent nature of the kingdom of God, of which Spirit-given revival is a manifestation, is expansion, advance, and progress. Jesus’ parables of the kingdom show that once the kingdom seed is sown into the good soil, growth and spread are inevitable. Or to return to H. Elvet Lewis’s analogy, once the gorse (a shrub that bursts out in yellow blooms) catches fire, its very nature is to leap across the landscape.

Jesus began a series of kingdom parables in Matthew 13 by talking about a sower, the seed, and the quality of the soil. We have previously discussed the importance of the ground in calling down and receiving the lightning of revival, but here Jesus uses the metaphor of planting seed. Again the ground — in the form of the soil — is crucial. The seed that fell on the good soil, said Jesus, “yielded a crop, some a hundredfold, some sixty, and some thirty” (Matthew 13:8). The yield comes from the spread of the roots that spring from the seed. True revival will be marked by spread and fruit, while human-contrived events labeled as revival will produce blooms that will not endure, along with roots that will quickly wither and die.

Also in the Matthew 13 discourse the Lord illustrates the nature of His kingdom by comparing it to a mustard seed:

The Kingdom of Heaven is like a mustard seed, which a man took and sowed in his field; and this is smaller than all other seeds, but when it is full grown, it is larger than the garden plants and becomes a tree, so that the birds of the air come and nest in its branches. — Matthew 13:31-32

Again the emphasis is on growth and spread. The advance of the root system springing from the miniscule seed leads to a tree so expansive that many living things find sanctuary in its branches. So the spread of the Welsh Revival — as it will be with the coming end- times revival — was characterized by multitudes of people across the world nesting in its many branches, encompassing many cultures, languages, and social groups.

As I write these words, my mind goes to a ten-day period in 1969 in New York City. I was covering a Billy Graham Crusade in Madison Square Garden. I also assisted the Graham team as a volunteer, helping to counsel new believers and helping to coordinate media relations.

While one cannot always equate true revival with human-organized campaigns, this does not mean that the Spirit of the Lord does not come upon human events at times with revival anointing.

The Holy Spirit was indeed sending revival lightning on that crusade.

Outside the crusade venue, the streets of New York thundered with the chaos of protest, violence, rioting, and dangerous disorder. But inside Madison Square Garden was a sanctuary of peace and hope. Standing just below and beside the platform from which Billy Graham spoke night after night, I scanned the crowd. I was amazed at the diversity. It seemed every continent, if not every nation, was represented, along with every race and every economic group. The choir behind the platform was a microcosm of the vast audience.

People had gathered in that arena and found respite and sanctuary as praise was lifted to Heaven and Billy Graham proclaimed Jesus Christ and His salvation. Decades later, when I think of the mustard seed and the great tree that sprang from it, I cannot help but think about the panorama I scanned night after night when Madison Square Garden was a hall of peace and hope for the multitudes.

Jesus’ parable of the leaven is particularly illustrative of the nature of kingdom advance and the revivals that are its expressions, along with their continuing impact:

The Kingdom of Heaven is like leaven, which a woman took and hid in three pecks of flour until it was all leavened. — Matthew 13:33

Leaven is a piece of dough that is pulled out of the mass and set apart to undergo fermentation. This results in the transformation of the original pinch that has been taken from the lump. When the transformative work is complete, the leaven is embedded back into the batch.

This is a striking illustration of the nature of the remnant community: the church. It is the ekklesia — the people who are called out of the world. But the Church is not pulled out of the world to live in isolation from the world. This community undergoes the transformative work of sanctification so it can impart a new quality of life into the world.

As the crucial hour of the cross and atonement neared, Jesus prayed both for His disciples at that time and those who will follow Him across history:

The point of Jesus’ remnant people being separated from the world is not that they may live blissfully apart from the world and its miseries. The purpose of being set apart (sanctified) is to undergo a process of personal growth in the Spirit (sanctification) for the sake of being put back into the world, to penetrate it with the Gospel of the Kingdom (see Matthew 24:14).

This is in view when the apostle Peter wrote of the church,

You are a chosen race, a royal priesthood, a holy nation, a people for God’s own possession, so that you may proclaim the excellencies of Him who has called you out of darkness into His marvelous light. — 1 Peter 2:9

The church’s mission leading up to the coming end-times revival will be — as it always has been — the proclamation of Christ and His Kingdom, which is intensified and advanced in the world in and through authentic revival.

Are you ready for revival? Let’s be the leaven. Let’s get in the world but not be of the world. We are God’s people, called to proclaim Him to a hungry and thirsty, dark world. Let’s do it! Come share your thoughts on revival with us on our blog. We want to hear from you! ~ Devotionals Daily