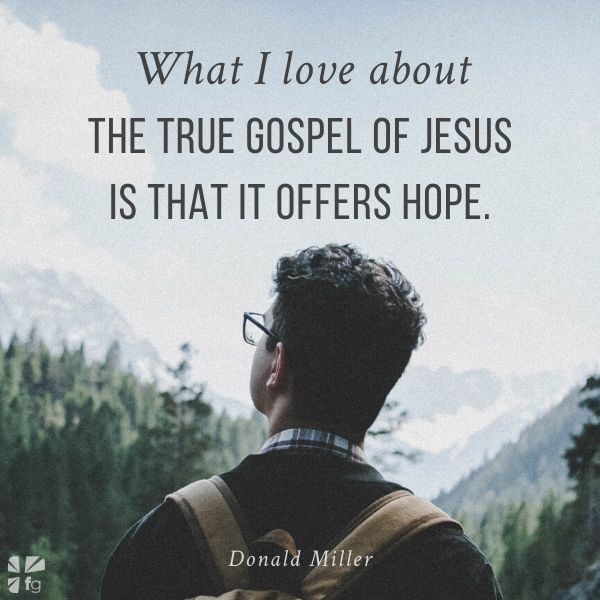 I saw a story on 60 Minutes a few months ago about the happiest country in the world. It was Denmark. A study done by a British university ranked the happiest countries, and America was far down the list, but Denmark was on top. Morley Safer explored why. Ruling out financial status, physical health, and even social freedom, he landed on a single characteristic of the Danes that allowed them such contentment.

The reason Danes are so happy was this: they had low expectations.

I’m not making that up. There is something in Denmark’s culture that allows them to look at life realistically. They don’t expect products to fulfill them or relationships to end all their problems. In fact, in the final interview of the segment, Safer was sitting across from a Danish man and remarked to him that when Americans find out the happiest place on earth is Denmark, they are going to want to move there. Without missing a beat, the Danish man looked at Morley and said, “Well, honestly, they will probably be let down.”

I don’t mean to insinuate there are no minor climaxes to human stories. There are. A kid can try to make the football team and in a moment of climax see his name on the coach’s list. A girl can want to get married and feel euphoric when the man of her dreams slides a ring on her finger. But these aren’t the stories I’m talking about. These are substories. When that kid makes the football team, he is going to find out that playing football is hard, and he’s going to find himself in the middle of yet another story. And the girl is going to wake up three months into her marriage and realize she is, in fact, still lonely, and so many of her issues haven’t gone away. And if both of these people aren’t careful, they’re going to get depressed because they thought the climax to their substory was actually a climax to the human story, and it wasn’t. The human story goes on.

Growing up in church, we were taught that Jesus was the answer to all our problems. We were taught that there was a circle-shaped hole in our heart and that we had tried to fill it with the square pegs of sex, drugs, and rock and roll; but only the circle peg of Jesus could fill our hole. I became a Christian based, in part, on this promise, but the hole never really went away. To be sure, I like Jesus, and I still follow him, but the idea that Jesus will make everything better is a lie. It’s basically biblical theology translated into the language of infomercials. The truth is, the apostles never really promise Jesus is going to make everything better here on earth. Can you imagine an infomercial with Paul, testifying to the amazing product of Jesus, saying that he once had power and authority, and since he tried Jesus he’s been moved from prison to prison, beaten, and routinely bitten by snakes? I don’t think many people would be buying that product. Peter couldn’t do any better. He was crucified upside down, by some reports. Stephen was stoned outside the city gates. John, supposedly, was boiled in oil. It’s hard to imagine how a religion steeped in so much pain and sacrifice turned into a promise for earthly euphoria. I think Jesus can make things better, but I don’t think he is going to make things perfect. Not here, and not now.

What I love about the true gospel of Jesus, though, is that it offers hope.

Paul has hope our souls will be made complete. It will happen in heaven, where there will be a wedding and a feast. I wonder if that’s why so many happy stories end in weddings and feasts. Paul says Jesus is the hope that will not disappoint. I find that comforting. That helps me get through the day, to be honest. It even makes me content somehow. Maybe that’s what Paul meant when he said he’d learned the secret of contentment.

Excerpted with permission from A Million Miles in a Thousand Years: How I Learned to Live a Better Story by Donald Miller, copyright Donald Miller.

What hard things are you going through? How is it helpful to know that the hope of the gospel is deeper and better than everything getting better here on earth? We’d love to hear your thoughts in the comments!