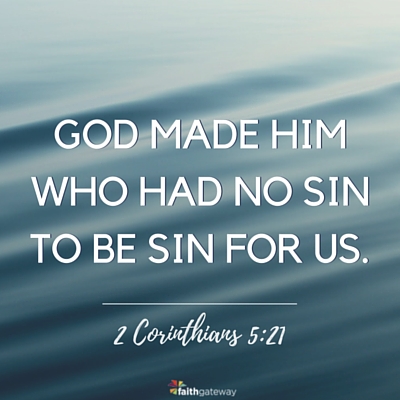 The only thing harder than forgiveness is the alternative.

Magnanimous forgiveness, allows the possibility of transformation in the guilty party. Lewis Smedes details this process of “spiritual surgery”:

When you forgive someone, you slice away the wrong from the person who did it. You disengage that person from his hurtful act. You recreate him. At one moment you identify him ineradicably as the person who did you wrong. The next moment you change that identity. He is remade in your memory.

Smedes adds many cautions. Forgiveness is not the same as pardon, he advises: you may forgive one who wronged you and still insist on a just punishment for that wrong. If you can bring yourself to the point of forgiveness, though, you will release its healing power both in you and in the person who wronged you.

Forgiveness — undeserved, unearned — can cut the cords and let the oppressive burden of guilt roll away. The New Testament shows a resurrected Jesus leading Peter by the hand through a three-fold ritual of forgiveness. Peter need not go through life with the guilty, hangdog look of one who has betrayed the Son of God. Oh, no. On the backs of such transformed sinners Christ would build His church.

Rebecca is a quiet woman, and in weeks of meeting together she had rarely opened her mouth. At the mention of divorce, though, she proceeded to tell her own story. She had married a pastor who had some renown as a retreat leader. It became apparent, however, that her husband had a dark side. He dabbled in pornography, and on his trips to other cities he solicited prostitutes. Sometimes he asked Rebecca for forgiveness, sometimes he did not. In time, he left her for another woman, Julianne.

Rebecca told us how painful it was for her, a pastor’s wife, to suffer this humiliation. Some church members who had respected her husband treated her as if his sexual straying had been her fault. Devastated, she found herself pulling away from human contact, unable to trust another person. She could never put her husband out of mind because they had children and she had to make regular contact with him in order to arrange his visitation privileges.

Rebecca had the increasing sense that unless she forgave her former husband, a hard lump of revenge would be passed on to their children. For months she prayed. At first her prayers seemed as vengeful as some of the Psalms: she asked God to give her ex-husband “what he deserved.” Finally she came to the place of letting God, not herself, determine “what he deserved.”

One night Rebecca called her ex-husband and said, in a shaky, strained voice, “I want you to know that I forgive you for what you’ve done to me. And I forgive Julianne too.” He laughed off her apology, unwilling to admit he had done anything wrong. Despite his rebuff, that conversation helped Rebecca get past her bitter feelings.

A few years later Rebecca got a hysterical phone call from Julianne, the woman who had “stolen” her husband. She had been attending a ministerial conference with him in Minneapolis, and he had left the hotel room to go for a walk. A few hours passed, then Julianne heard from the police: her husband had been picked up for soliciting a prostitute.

On the phone with Rebecca, Julianne was sobbing. “I never believed you,” she said. “I kept telling myself that even if what you said was true, he had changed. And now this. I feel so ashamed, and hurt, and guilty. I have no one on earth who can understand. Then I remembered the night when you said you forgave us. I thought maybe you could understand what I’m going through. It’s a terrible thing to ask, I know, but could I come talk to you?”

Somehow Rebecca found the courage to invite Julianne over that same evening. They sat in her living room, cried together, shared stories of betrayal, and in the end prayed together. Julianne now points to that night as the time when she became a Christian.

Our group was hushed as Rebecca told her story. She was describing forgiveness not in the abstract, but in a nearly incomprehensible scene of human linkage: husband-stealer and abandoned wife kneeling side by side on a living-room floor, praying.

“For a long time, I had felt foolish about forgiving my husband,” Rebecca told us. “But that night I realized the fruit of forgiveness. Julianne was right. I could understand what she was going through. And because I had been there too, I could be on her side, instead of her enemy. We both had been betrayed by the same man. Now it was up to me to teach her how to overcome the hatred and revenge and guilt she was feeling.”

In The Art of Forgiving, Lewis Smedes makes the striking observation that the Bible portrays God going through progressive stages when He forgives, much as we humans do. First, God rediscovers the humanity of the person who wronged Him, by removing the barrier created by sin.

Second, God surrenders His right to get even, choosing instead to bear the cost in his own body. Finally, God revises His feelings toward us, finding a way to “justify” us so that when He looks upon us He sees His own adopted children, with His divine image restored.

It occurred to me, as I thought about Smedes’s insights, that the gracious miracle of God’s forgiveness was made possible because of the linkage that occurred when God came to earth in Christ. Somehow God had to come to terms with these creatures He desperately wanted to love — but how?

Experientially, God did not know what it was like to be tempted to sin, to have a trying day. On earth, living among us, He learned what it was like. He put Himself on our side.

The book of Hebrews makes explicit this mystery of incarnation:

“We do not have a high priest who is unable to sympathize with our weaknesses, but we have one who has been tempted in every way, just as we are — yet was without sin.”

“God made Him who had no sin to be sin for us.”

You cannot get any more explicit than that. God bridged the gap; He took our side all the way. And because He did, Hebrews affirms, Jesus can present our case to the Father. He has been here. He understands.

From the Gospels’ accounts, it seems forgiveness was not easy for God, either. “If it is possible, may this cup be taken from Me,” Jesus prayed, contemplating the cost, and the sweat rolled off Him like drops of blood.

Having lived among us, He now understood.

Excerpted with permission from What’s So Amazing About Grace? by Philip Yancey, copyright Philip D. Yancey.

Have you ever forgiven an offense so severe that it was a scandalous choice to do so? What happened when you did? Come share with us on our blog. We want to hear from you!