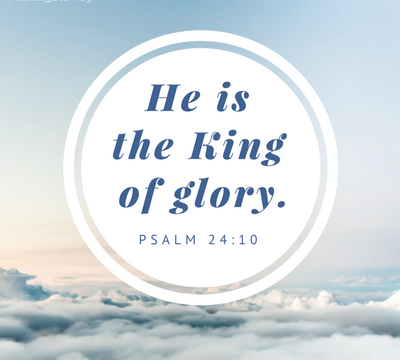 Who is He, this King of glory? The Lord Almighty — He is the King of glory. — Psalm 24:10
I will never fully leave behind the lessons learned in the vineyard. God’s abounding love is now a forceful presence, providing a keener insight into some of the most perplexing parts of my job as a journalist. Why do people do bad things? These are the stories that make the news. And these are the stories that make me.Of the five w’s of basic journalism — who, what, when, where, and why — the why is the most compelling. It often keeps stories in the headlines and the public eye. It’s especially the case with murders, particularly one I remember involving a husband, wife, and their unborn child. They were in their car leaving a birthing class near Boston in 1989. The wife, seven months pregnant, was shot and killed by an “unknown, black assailant.” The husband was wounded in the attack, shot in the leg. He drove wounded, trying to find help on the phone with police as they desperately tried to locate him. The community’s collective outrage and horror knew no bounds. But as police investigated further, they realized that there had been no anonymous criminal responsible, that the unknown assailant was the husband who shot his wife for the insurance money and shot himself to make it look like they were both victims.

The story still haunts me today. Why would someone do such a thing? But as I began to understand who we are and who God is, and what His love means as a reality for our daily lives, stories like these and others started to make more sense, although the answer is even scarier than I imagined, because it means all of us are susceptible, are capable of equally as heinous a crime.

Please don’t be offended. For those of us who never faced the awful truth of our own sinful nature, this can be quite a shock. But hear me out, because there’s incredible hope for us all as well. And that hope has a simple prescription on the one hand, but on the other may be a hard pill to swallow.

All of our misdeeds and misguided choices stem from something we all do every day of our lives, and that is worship.

You may not believe this idea, and I can understand why. It took me a while to believe this as a reality too. We’re all so sure we’re independent agents making our own decisions, following our hearts desires, doing what we believe is the right thing. And when someone who’s raised in the “right way” with all the trappings of a good upbringing goes off the rails and does something so out of character, we’re perplexed. But in fact, the whole of our lives are controlled by what one minister calls “deep idols,” that third rail that powers and defines who we are. And that can be anything, wealth and prosperity, good looks, political power. And we’ll sacrifice just about anything to have it, if the conditions are right.

That man who shot his wife had been worshipping wealth and status. He had made a covenant with the idol of success, whatever that was in his mind. He’d bowed down to it, was a slave to it. And when he had failed to do his Master’s will, he sacrificed his wife and unborn child to his idol in the hopes of appeasing its demands.

This is now how I look at all news stories. I say to myself, “What idol, what false god is this person bowing to that made them do what they did?

Return to the Lighthouse

I began this book with the imagery of the lighthouse as a divine messenger, a visual of God’s Ten Commandments, emphasizing that the Decalogue is not just a list of dos and don’ts of how we are to behave, but is rather a template for all law, physical, spiritual, as well as moral. I explained that the first commandment, which states,

I am the Lord your God… You shall have no other gods before Me. — Exodus 20:2-3
is the light of the law, defining its reason for being. It’s just like the lamp of the lighthouse defines its purpose for being. What this means about us is that if we are made in the image of God, and this law describes His universal order in the world, then we, too, must be defined by something. And what defines us gives us our purpose in life. And as one minister says, what defines us is really our Master. We don’t control it. It controls us. We must bow down to what we believe gives us our reason for being.

Of course, now you see that God’s desire is for us to choose Him as our master.

Because only God can give us what our hearts truly desire. But, and this is a big but, only a loving God would give us the choice of whether or not to love Him. And if we don’t consciously put Him and His laws in the forefront of our daily living, then we are all a potential headline waiting to be written.

If that’s the case, then how do we get that power? How are we guided toward this act of worship that is apparently so important to the way our souls and bodies are meant to work? The answer is found in the Holy Spirit, the third member of the Trinity, the breath that carries the very Spirit of God and directs our worship.

After His resurrection, Jesus came to the disciples in a locked room. He ate with them, talked with them, and preached to them. He then breathed on them and said,

The Holy Spirit, the third member of the triune God, would be their catalyst, their sustainer in keeping the faith. God knew from His work with the Israelites, His chosen people, that even with His laws spoon-fed to them, they would find other gods to worship, ones that would not give them life but would drain it from them.

The Holy Spirit was always and is always our resource to worshipping the true God, and to avoid the worshipping of any false gods.

Our sin nature makes us entirely hopeless against our bent towards being a headline without the Holy Spirit. Lord, help us to love You above all else! Come share your thoughts about the power of the third person of the trinity on our blog. We would love to hear from you! ~ Devotionals Daily