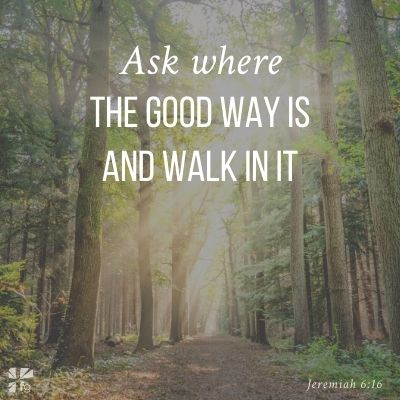 If I were to sketch out for you the masculine journey in broad strokes, I believe this is how it unfolds, or better, how it was meant to unfold: Boyhood to Cowboy to Warrior to Lover to King to Sage. All in the course of about eighty years or so, give or take a decade or two.

Now, let me be quick to add that one cannot pin an exact age to each stage. They overlap, and there are aspects of each stage in every other. Watch a boy for an afternoon (a very good idea, if it’s been some time since you were a boy), and you’ll see the warrior, the cowboy, the king. Yet he is a boy, and it is as a boy he must live during those years. Great damage is done if we ask a boy to become a king too soon, as is the case when a father abandons his family, walking out the door with the parting words, “You’re the man of the house now.” A cruel thing to do, and an even more cruel thing to say, for the boy has not yet become a man, not yet learned the lessons of boyhood and then young manhood. He has not yet been a warrior, nor a lover, and he is in no way ready to become a king.

When we ask this of him, it is a wound equal to a curse, for in a moment he is robbed of his boyhood, and asked to leap over stages of masculine maturity no man can leap over. No, there is a path that must be taken. There is a Way. Not a formula. A Way. Each stage has its lessons to be learned, and each stage can be wounded, cut short, leaving the growing man with an undeveloped soul. Then we wonder why he folds suddenly when he is forty-five, like a tree we find toppled in the yard after a night of strong winds. We go over to have a look and find that its roots hadn’t sunk down deep into the earth, or perhaps that it was rotten on the inside, weakened by disease or drought. Such are the insides of Unfinished Men.

To begin with, there is boyhood, a time of wonder and exploration. A time of tree forts and comic books, pollywogs and Popsicles. Snakes and snails and puppy dog tails, as the old nursery rhyme has it. Above all else, it is the time of being the beloved son, the apple of your father’s eye. A time of affirmation. For though I maintain my premise laid out in Wild at Heart — that every man shares the same core Question, and that Question runs something like “Do I have what it takes?” — I believe that Question is far more urgent to the cowboy stage and after. Before and beneath that Question and a man’s search for validation lies a deeper need — to know that he is prized, delighted in, that he is the beloved son.

Our need for a father’s love.

The cowboy stage comes next, around the period of adolescence (thirteen seems to be the year of transition), and it runs into the late teens to early twenties. It is the time of learning the lessons of the field, a time of great adventures and testing, and also a time for hard work. The young man learns to hunt or throw a curveball or break a horse. He gets his first car and with it an open horizon. He takes off into the woods alone, or with a few buddies, travels to Europe, becomes a ranger or a smoke jumper. A time of daring and danger, a time of learning that he does, indeed, have what it takes.

Sometime in his late teens there emerges the young warrior, and this phase lasts well into his thirties. Again, the stages overlap, and there is some aspect of them in every phase of a man’s life. Whether six or sixty, a man will always be a warrior, for he bears the image of a warrior God (see Exodus 15:3). But there is also a time in a man’s life when one of the stages is prominent. The warrior gets a cause and, hopefully, a king. He heads off to law school or the mission field. He encounters evil face-to-face, and learns to defeat it. The young warrior learns the rigors of discipline — especially that inner discipline and resolution of spirit you see in Jesus, who “set His face like flint” (Isaiah 50:7 NIV) and could not be deterred from His mission. He might join the marines, or he might become a math teacher in the inner city, battling for the hearts of young people. That he gets a mission is crucial, and that he learns to battle the kingdom of darkness is even more crucial. Passivity and masculinity are mutually exclusive, fundamentally at odds with one another.

To be a man he must learn to live with courage, take action, go into battle.

This is typically the time when he also becomes a lover, though it would be best for him and for her if he lived as a warrior for some time first. As I also described in Wild at Heart, too many young men do not get their Question answered as a young cowboy, and as an uncertain warrior they have no mission to their lives. They end up taking all that to the woman, hoping in her to find validation and a reason for living (a desperately fruitless search, as many men now understand). A lover comes to offer his strength to a woman, not to get it from her. But the time of the lover is not foremost about the woman. It is the time when a young man discovers the Way of the Heart — that poetry and passion are far closer to the Truth than are mere reason and proposition. He awakens to beauty, to life. He discovers music and literature; like the young David, he becomes a romantic and it takes his spiritual life to a whole new level. Service for God is overshadowed by intimacy with God.

Then — and only then — is he ready to become a king, ready to rule a kingdom. The crisis of leadership in our churches, businesses, and governments is largely due to this one dilemma: men have been given power, but they are unprepared to handle it. The time of ruling is a tremendous test of character, for the king will be sorely tested to use his influence in humility, for the benefit of others. What we call the midlife crisis is often a man coming into a little money and influence, and using it to go back and recover what he missed as the beloved son (he buys himself toys) or the cowboy (he goes off on adventures). He is an undeveloped, uninitiated man.

A true king comes into authority and knows that the privilege is not so he can now arrange for his comfort. He might be made president of a company or commander over a division; he might become a senior pastor or a high school basketball coach. This is the time of ruling over a kingdom. Hopefully, he draws around him a company of young warriors, for he is now a father to younger men.

Finally, we have the sage, the gray-haired father with a wealth of knowledge and experience, whose mission now is to counsel others. His kingdom may shrink — the kids have left the house, so he might move into something smaller. He steps down from his role as president, and his income may shift to savings and investments made while he was king. But his influence ought to increase. This is not the time to pack off to Phoenix or Leisure World — the kingdom needs him now as an elder at the gates. He might in fact be an elder in his church, or he might serve on the board of education. His time is spent mentoring younger men, especially kings, as Merlin mentored Arthur, as Paul mentored Timothy.

At a time in life when most men feel their time has passed, this could be the period of their greatest contribution.

Now, let me say again that these stages are all present to some degree at any period in a man’s life, and they all come together to make a whole and holy man. The boy is very much a king of a little kingdom — his bedroom, the tree house, the fort he has built secretly in the basement or woods. And the man, though now a king in a far more serious manner, must never lose the wonder of the boy, that condition we call “young at heart.” For by maturity we do not mean rigidity, calcification of the heart. As George MacDonald said, “The boy should enclose and keep, as his life, the child at the heart of him, and never let it go… the child is not meant to die, but to be for ever fresh-born.” Jesus spoke to this when He said we must become like a child if we would live in His Kingdom (Matthew 18:3).

Having said this, it does seem to me that each of the stages — archetypes, they might be called — does have a season when it comes into its own, when it seems to dominate and for good reason.

Stand at the crossroads and look; ask for the ancient paths, ask where the good way is, and walk in it, and you will find rest for your souls. — Jeremiah 6:16 NIV

What stage of the masculine journey do you find yourself in right now? What have you missed along the way? How do you feel God is wanting to father you during this time? We’d love to hear your thoughts in the comments!