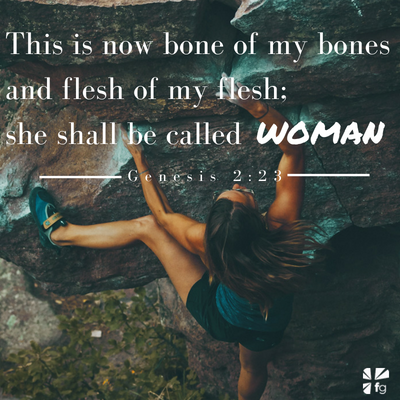 The heart is deceitful above all things, and desperately wicked: who can know it? — Jeremiah 17:9

Bzzt, bzzt. She swats the flies away, but they keep on coming, too many to count. She has grown used to the constant annoyance, just one of many. Their favorite spot is around her eyes, where they gather to suck the tears away before she has time to shed them.

Still, Eve is a splendid creature, the most beautiful woman in the world, her husband says, enjoying his little joke. She has big honey-brown eyes, smooth skin, and thick, dark hair that flows like a river down her back.

Eve has a memory, but it is not long. It swirls about her now, filled with images sharp and bright and shadows deep and long.

She knows what it is like to walk in God’s garden, in paths that wind through green meadows and lead to still waters. When she is hungry, she merely reaches out a hand to pick the food that grows in lush abundance.

She recalls what it is like to feel every sense satisfied, every need cared for. To walk with God in the cool of the day. To know the immensity of His love. He tells her she is made in His image. That she and her husband are to rule over the fish of the sea and the birds of the air and over the whole, wide world He has made. They are to be fruitful and multiply so they can care for His great creation.

God speaks to them of how He separated light from darkness and fashioned two great lights — the greater light to govern the day and the lesser light to govern the night. He tells of His delight in placing the stars on their track in the sky. To Eve they look like tiny pricks of brilliant light seeping through the canopy of night.

She listens in wonder as He speaks of how He made a home for her and Adam in the east of Eden, a garden paradise in which all kinds of trees grow — trees pleasing to the eye and good for food. In the middle of the garden grow the tree of life and the tree of knowledge of good and evil.

She remembers, too, what Adam has told her. How God shaped him out of the dust of the ground. He can still recall the hot, sweet breath of God waking his soul to life. He loves to tell about the day God paraded the animals in front of him — alligators, baboons, gazelles, skinks, parrots, crows, cheetahs, curlews, mon- keys, macaws, pythons, bullfrogs, trumpeter swans, yaks, flying foxes, hummingbirds, egrets, and great, strutting peacocks. God and Adam laughed long and hard as the most preposterous of His creatures passed by. The best part was that Adam got to name them all.

Adam never tires of reminding her that among the most marvelous of the creatures God had made, none was found to be his match. So the Lord God caused him to fall into a deep slumber; and while he was sleeping, He had fashioned a woman from his side.

God’s delight was evident when He presented her to Adam and heard him exclaim,

This is now bone of my bones and flesh of my flesh;

she shall be called “woman,” for she was taken out of man.

This is Eve’s favorite part of the story. She loves to hear Adam tell the tale — how stunned he was to meet her. Her breath, he says, smelled like the fragrance of apples and her breasts were like clusters of fruit. Her mouth was the finest wine.

Eve and Adam. Adam and Eve. The two complete each other. She smiles as she recalls their life together in Eden.

She remembers, too, what she did not know at first — that there could be a place less perfect, a life less loving, a future less bright. That sin could lurk at your door, waiting for a chance to beat you down and shatter you into a thousand jagged pieces, each one a thorn and a barb. Deceit, blame, want, shame, and terrible grief — all these and worse she has known.

She returns to her memories of what once was. She thinks of all the plants in paradise and of the luscious fruit they bore. The trees were the most delightful. Stately palms, gnarled olive trees, tremendous oaks, and fig trees perfect for playing a hiding game with Adam. But she especially loved the ones that grew in the center of the garden. One of them had bright, green leaves lit up with tiny lights that danced inside. The other had deep, purple leaves shot through with veins of red.

Why, she wondered, had God told them they were free to eat from any tree in the garden except from the tree of knowledge of good and evil, warning them that death would surely follow if they did? What exactly was this death He spoke of?

One day, while Eve was thinking such thoughts, and while she and Adam were walking together in the center of the garden, a creature appeared. Not just any creature but one craftier than all the wild animals God had made. The serpent spoke in beguiling tones: “Did God really say, ‘You must not eat from any tree in the garden’?” Why, he asked, would a good God deny them anything? Weren’t she and Adam the crown of His creation?

“You will not surely die,” the serpent told her. “For God knows that when you eat of it your eyes will be opened, and you will be like God, knowing good and evil.”

To know what is good in every situation. To see the end from the beginning and everything in between. To be able to achieve a goal with flawless precision and absolute certainty, surely this was wisdom. Why would God want to keep this gift of power from her?

She turned to Adam as though to find an answer to her silent question, but he said nothing. They were near the tree now. Plucking a piece of fruit, she held it in her hand, delighting in the firmness of its flesh. She took a bite and then handed another piece of fruit to Adam, who ate it without the slightest protest.

Suddenly their eyes were opened, and they could see the wrong in each other’s hearts. Ashamed of their nakedness, they sewed leaves from a fig tree to cover themselves.

Then Eve and Adam heard a sound they feared. God himself was walking in the garden. So they hid. “Where are you?” God called.

But who can hide from God?

“I heard You in the garden,” said Adam, “and I was afraid because I was naked; so I hid.”

Then God, who already knew the answer to His question, inquired of Adam,

Who told you that you were naked? Have you eaten from the tree that I commanded you not to eat from?

Struggling to explain, Eve’s husband spit out the truth, but not the whole truth. He began with an insinuation, blaming God for what he had done. Hadn’t God given him the woman? Then he bent the consequences in Eve’s direction, saying “The woman You put here with me — she gave me some fruit from the tree, and I ate it.”

Then God turned to Eve and said, “What is this you have done?”

The question pierced her like a knife, cutting her heart in two. But she spoke evasively, just as Adam had, refusing to bear the blame. “The serpent deceived me,” she said, “and I ate.”

And then she cowered, her arms above her head as though to ward off blows.

But God merely turned toward the serpent, and said,

Because you have done this, Cursed are you above all the livestock

and all the wild animals! You will crawl on your belly and you will eat dust

all the days of your life. And I will put enmity between you and the woman,

and between your offspring and hers; he will crush your head, and you will strike his heel.

But that was not the end of it. Then God turned to the woman and said,

I will make your pains in childbearing very severe; with painful labor you will give birth to children.

Your desire will be for your husband, and he will rule over you.

God’s words struck like lightning in a sudden storm, flashing across the sky with startling clarity, showing them everything they had lost. The future loomed bleak and harsh before them.

As for God, He was grieved by what had happened, how the man and woman He had loved into being had failed to love Him in return. He could not let Adam and Eve remain in the garden He had created just for them. For if they reached out their hand and ate from the tree of life, they would live forever and there would be no possibility of becoming other than what they were now, broken and bent by sin. So God banished them and placed on the east side of the garden of Eden cherubim and a flaming sword flashing back and forth to guard the way to the tree of life.

But it was not completely dark. Though Eve and her husband had swallowed the biggest lie of all, God had something more in mind for them than punishment.

Adam named his wife Eve, because she would become the mother of all the living. With great anguish, she gave birth to several sons and daughters. Her eldest son became a murderer and her second son his victim. As for Adam, he labored from morning until evening to gather enough food to keep his family alive.

And as for God?

Fortunately for Eve and for Adam and for all the children who would become their descendants, God had seen the end from the beginning with everything in between. In His great love, and with absolute certainty, He had set a plan in motion that would provide a way for His children to come home to Him.

Excerpted with permission from Less Than Perfect by Ann Spangler, copyright Ann Spangler.

Why do you think God planted Adam and Eve in a garden paradise? In Eden, Eve must have had the perfect relationship with her husband. What do you think that first marriage was like in the beginning? Have you ever disobeyed God because you didn’t understand or agree with one of his commandments? What was the result? Come share your answers with us on our blog. We want to hear from you! ~ Devotionals Daily