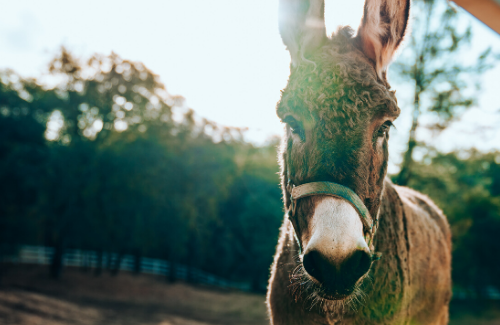 When he came near the place where the road goes down the Mount of Olives, the whole crowd of disciples began joyfully to praise God in loud voices for all the miracles they had seen: “Blessed is the king who comes in the name of the Lord!” — Luke 19:37–38

Jesus rode down the Mount of Olives into Jerusalem on a donkey during what has become known as the Triumphal Entry. But did you ever wonder why He chose to ride on a donkey? Every one of Jesus’ actions was intentional. He came to fulfill everything that was prophesied by Moses and the prophets concerning the Messiah so that the world might know that He was the promised Redeemer.

Behold, your king is coming to you,

a righteous one bringing salvation.

He is lowly, riding on a donkey —

So Jesus the Messiah came riding on a donkey in fulfillment of this prophecy. But there is much more meaning as to why a donkey was chosen. Horses are a symbol of military might, wealth, and strength. Donkeys, on the other hand, are symbolic of humility and peace. At His first coming, Messiah came as the humble lamb of God riding on a donkey. But at His second coming, He will descend from the Heavens riding a white warhorse ready to vanquish all evil from the world (Revelation 19:11–16).

Still deeper, the donkey plays a key role in the history of the redemption of God’s people. We see this in the life of Abraham, the father of the Christian faith. Abraham in Hebraic thought went through ten tests. The final test was the offering of Isaac upon the altar as a sacrifice to the Lord, which demonstrated his great faith (Hebrews 11). But it was also meant to paint a portrait of God the Father’s willingness to offer His only Son on our behalf. In Genesis 22, Abraham put his supplies on a donkey when he went on the three-day journey to offer Isaac, who was a type (or symbolic figure) of Messiah, as a burnt offering on Mount Moriah (Genesis 22:3).

Moses also made use of a donkey when he was sent by God to redeem the children of Israel from Egypt. In Exodus 4:20, Moses put his wife and children on a donkey.

Abraham’s and Moses’ use of a donkey was ultimately meant to point to the Messiah who would also use a donkey when He came to usher in the start of the messianic kingdom that would come through His sufferings. Jesus’ riding on a donkey not only underscored His humility, but also pointed to the fact that He was the greater Abraham. As Jesus said, “Abraham rejoiced to see My day; he saw it and was thrilled” (John 8:56 TLV). Jesus was also the greater prophet like Moses, who came to bring about an even greater redemption (Acts 3:22). Thus the work of redemption that began with Abraham and was taken to the next level by Moses was advanced further by Jesus, who at His Second Coming will bring complete transformation to all of creation.

When you truly welcome Jesus into your life as King and Savior, like the crowd seemed to do during His Triumphal Entry — crying out, “Blessed is the king who comes in the name of the Lord!” (Luke 19:38) — you begin to experience not only personal salvation, but also real new creation transformation.

During His Triumphal Entry into Jerusalem from the Mount of Olives, Jesus wept over the city. He saw that it would be destroyed because the people did not recognize or receive Him as the promised Messiah, the one spoken of by Moses and the prophets (Luke 19:39– 44). The Mount of Olives is the location of the Olivet Discourse, in which Jesus described the prophetic future of Jerusalem and some of the key signs of the end times (Matthew 24–25; Mark 13; Luke 21:5–36).

Perhaps most importantly, it was from the Mount of Olives that Jesus ascended into Heaven forty days after His resurrection (Acts 1:9– 12). Of all the locations Jesus could have chosen to ascend from, why did He choose this place and not a more prominent one, such as the Temple Mount?

Finally, Zechariah prophesied that at the coming of Messiah, “His feet will stand on the Mount of Olives which lies to the east of Jerusalem, and the Mount of Olives will be split in two from east to west” (Zechariah 14:4 TLV). Messiah’s ascent to Heaven was meant as a precursor and sneak preview of His ultimate return, as described in Zechariah. This was confirmed by the angels in Acts 1:11, who said to the disciples, “Men of Galilee…. why do you stand here looking into the sky? This same Jesus, who has been taken from you into Heaven, will come back in the same way you have seen him go into Heaven.”

We must actively look for, long for, and pray for the Messiah’s coming, like the apostles who watched Him ascend into Heaven. Think how your life would be changed if you passionately longed for and lived every day as if this would be the moment Jesus would return!

What a sight? Can you imagine? The creator of the world and Son of God riding on a lowly donkey. Is your soul longing for the Savior a little more this Palm Sunday? If Jesus rode into your town today, on a donkey, how would you welcome Him? How would you celebrate? Come share your thoughts on our blog! 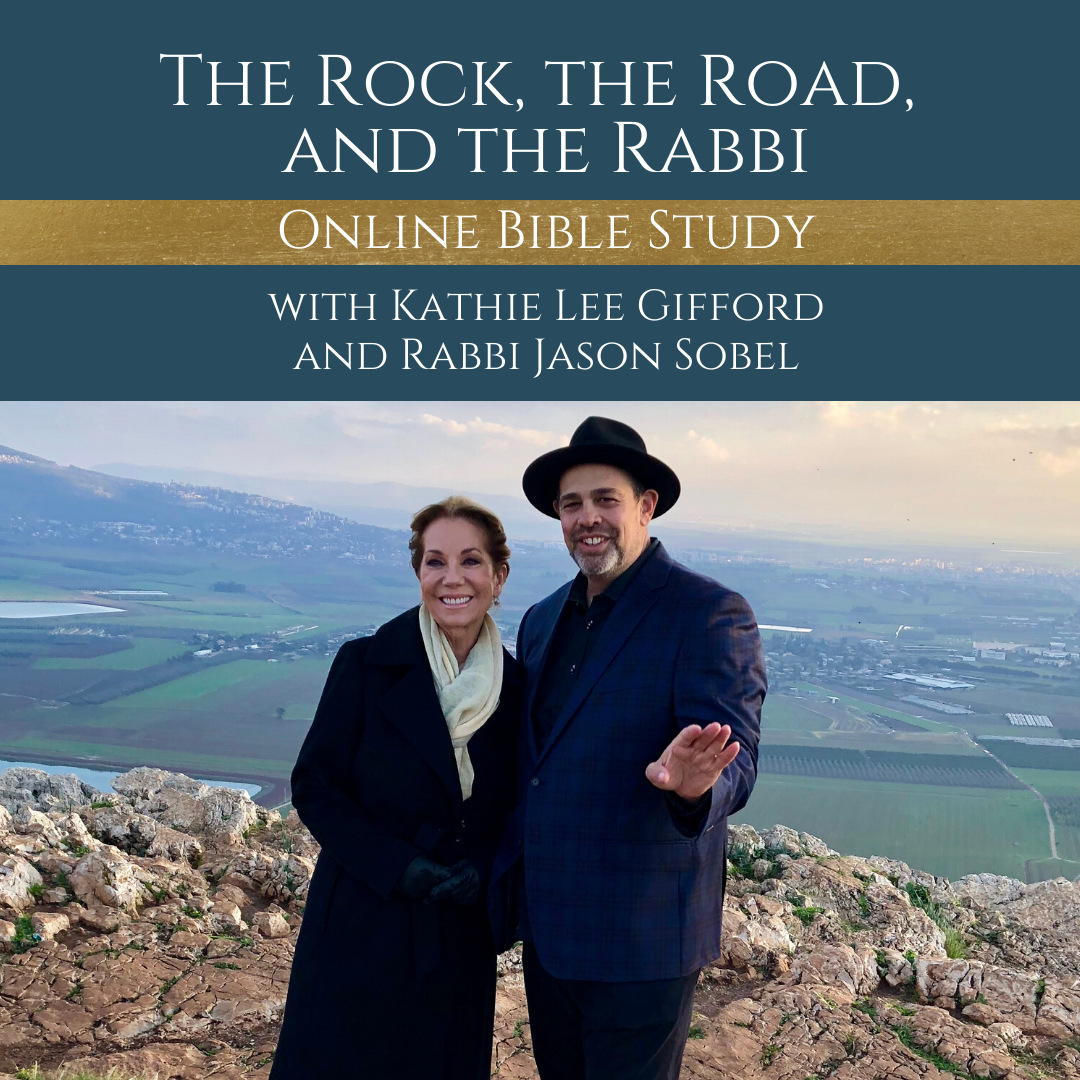 The Rock, the Road, and the Rabbi Online Bible Study will take you on an exploration of both history and theology that will be broken down into a simple daily Bible study for 6-weeks! And, with Kathie Lee Gifford and co-author, Rabbi Jason Sobel, as our guides we'll discover the treasure of the deeper meaning of scripture in it's most authentic form. Be encouraged! We're bringing the Holy Land to you... let's do some armchair travel together!
"I've been going to Israel since I was 17 and truly, it wasn’t until I started hiking the land itself that I finally gained a better understanding about my faith. We’ll go to Bethlehem… where it all began… and to Nazareth, Galilee, the Mount of Olives, and in the final session to Jerusalem to see where Jesus was crucified and resurrected. I’ve learned so much from my travels, and I know you will too."
- Kathie Lee

Register for the Study Today!