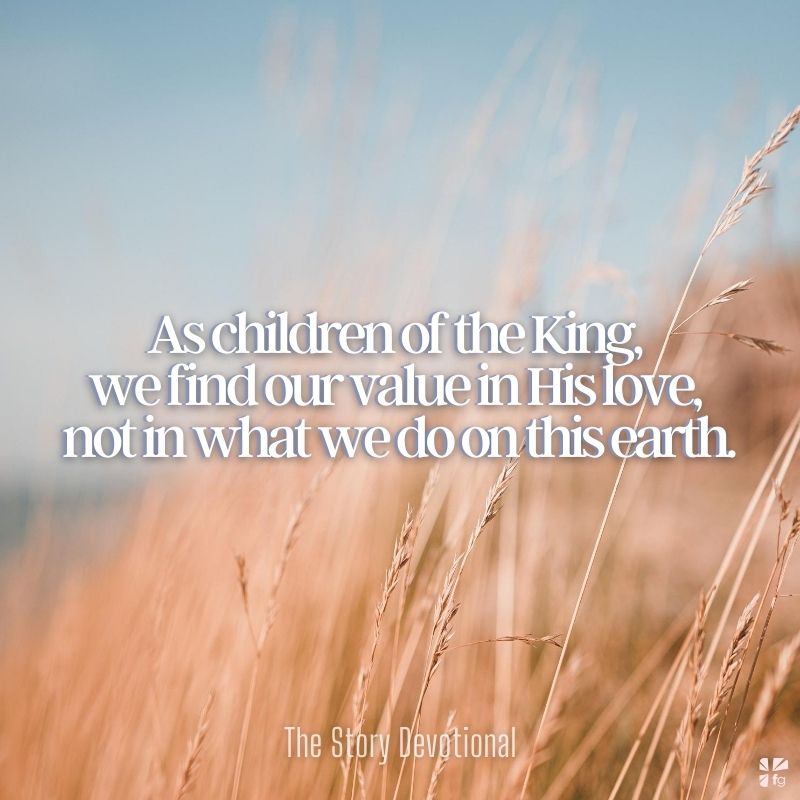 Jesus knew that the Father had put all things under His power, and that He had come from God and was returning to God; so He got up from the meal and began to wash His disciples’ feet, drying them with the towel that was wrapped around Him. — John 13:3-5

The basins and towels sat waiting. The foot-washing would be a remarkable experience.

Of course, for the disciples in the Upper Room, the scene must have been considerably more unsettling, but this was plenty uncomfortable. It was one thing to wash someone’s feet. It was pretty awkward to have a friend wash your feet. But when the pastor — also a friend, but still the pastor — washed your feet! And imagine having Jesus wash your feet…

Jesus washed the feet of the Twelve to give them — and us — an example to follow:

Now that I, your Lord and Teacher, have washed your feet, you also should wash one another’s feet. — John 13:14

We will be able to follow Jesus’ example — we can volunteer more willingly for the lowliest job — when, as Jesus Himself did, we keep in mind whose we are.

As children of the King, we find our value in His love, not in what we do on this earth.

“SURELY YOU DON’T MEAN ME?”

Jesus was troubled in spirit and testified, “Very truly I tell you, one of you is going to betray Me. It is the one to whom I will give this piece of bread when I have dipped it in the dish.” Then, dipping the piece of bread, He gave it to Judas. As soon as Judas took the bread, Satan entered into him. — John 13:21, John 13:26-27

What recent conversation or interaction comes to mind when you hear the word awkward?

Whatever came to mind could not have been anywhere as awkward, as tense, as strained as this moment around the Passover table. Jesus, “troubled in spirit,” said simply, “One of you is going to betray Me.” And He must have said that loudly enough for everyone to hear, because John reports that “His disciples stared at one another, at a loss to know which of them He meant” (John 13:22).

When John asked him who it was, Jesus answered by handing Judas a piece of bread and soon thereafter saying to Judas, “What you are about to do, do quickly” (John 13:27).

Before Judas left, however, the disciples ask Jesus a question that helps us realize that we ourselves are entirely capably of betraying our Lord: “Surely You don’t mean me?” (Mark 14:19).

May I never betray You in thought, word, or deed, my Savior and my Lord.

THE BODY AND THE BLOOD

Foreshadowing may remind you of a high school English teacher who saw way too much in every novel the class read. Yet foreshadowing happens not only in a fictional literary world; it happens in day-to-day life as well. At the Passover meal, after Judas left, Jesus also offered His disciples a sense of what was to come.

At this Passover meal, Jesus used actions and words to foreshadow the fact that He was to be broken and poured out. Taking on the punishment for humanity’s sin — for your sin — would literally cost Him His life. His body would be broken and His blood “poured out for many for the forgiveness of sins” (Matthew 26:28).

The Passover location had been prearranged. Jesus had washed His disciples feet. He had talked about one of them betraying Him. And now He was saying strange things. What was going on?

May I never get numb to the amazing grace the bread and wine represent.

The Upper Room was an evening pregnant with meaning. Universe-upending purpose. Jesus threw down the gauntlet in the enemy’s face again and poignantly when He took the form of a humble servant. Judas made his choice rocking the world for his dear friends and truest Friend. Jesus laid down an analogy for His closest people preparing them to understand His mission and His love. May we never take it lightly! Come share your thoughts with us on our blog. We want to hear from you! ~ Devotionals Daily