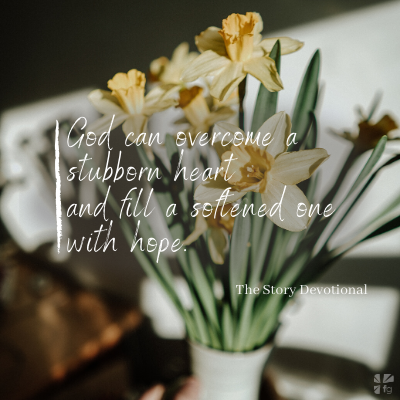 “THERE WAS NO REMEDY”

The Lord sent word to [His people] through His messengers again and again, because He had pity on His people and on His dwelling place. But they mocked God’s messengers, despised His words and scoffed at His prophets until the wrath of the Lord was aroused against His people and there was no remedy. — 2 Chronicles 36:15-16

Ask teenagers why they did something dumb, and their answer will be “I don’t know” — because they really don’t know! The part of their brain that can reason, control impulses, and anticipate possible future events or consequences — the prefrontal cortex — has not yet developed. Hopefully by the time they’re twenty-five, it will. So why did the adults of Judah continue to do the same dumb thing of disobeying God and pursuing idols?

The book of 2 Chronicles contains one of the saddest statements in Scripture: “The wrath of the Lord was aroused against His people and there was no remedy.” Nebuchadnezzar was on the move, a tool of judgment in God’s sovereign and righteous hands.

TRANSFORM MY HEART BEFORE I REACH THE POINT OF “NO REMEDY.”

The Egyptian magicians did the same things by their secret arts, and Pharaoh’s heart became hard; he would not listen to Moses and Aaron, just as the Lord had said. — Exodus 7:22-23

Conflict, rivalry, competition — human beings throughout time have experienced these. Sometimes the coming together in order to go against each other is just for sport, but on other occasions the stakes are life or death. That was the situation in the battle of Moses versus Pharaoh.

Moses and Aaron went before Pharaoh. Aaron’s staff became a snake; he held his staff over the Nile, turning it to blood; he commanded frogs to fill Egypt; Pharaoh’s magicians could do the same.

Then God started flexing His muscles — the Lord sent gnats, flies, a disease that killed the livestock, boils that covered people and animals alike, destructive hail, hungry locusts, and frightening darkness. Each time Pharaoh said Moses and the Hebrew people could leave — and each time Pharaoh changed his mind. What would it take to compel Pharaoh to let God’s people go?

By the way, God’s chosen people were not touched by the plagues. Even when darkness fell, there was light in the land of Goshen where the Israelites lived.

GOD CAN OVERCOME A STUBBORN HEART AND FILL A SOFTENED ONE WITH HOPE.

The beautiful grace is that God looks at our hearts. He knows us deep down inside. When we are dumb, He can give us wisdom. When we are hard, He can soften us. It’s about our willingness! Come share your thoughts on our blog. We want to hear from you!