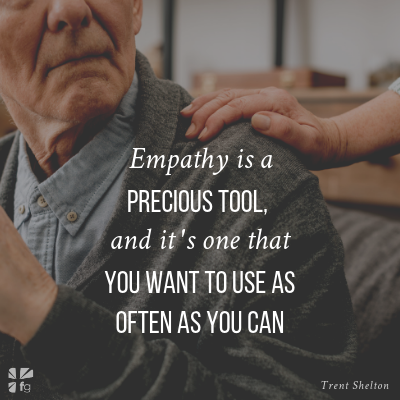 We are all imperfect. We’re filled with flaws, some little and some big, and these flaws are a large part of what makes us human. But these imperfections lead us to do things to each other that we shouldn’t do, even when we know we’re doing the other person harm.

Hurt people hurt people. I’m sure you’ve heard this phrase before, but how much have you really thought about it? When people have had bad things done to them over the course of their lives, they tend to respond by doing bad things to other people. They become the pain that someone else inflicted upon them, the pain that they hated. That’s one of the key reasons why forgiveness is so important—it’s essential to break out of this cycle. Letting the hurt go allows you to move beyond the hurt, and we’re going to talk more about that momentarily. For now, though, I want you to spend some more time thinking about the people who have hurt you.

There’s an excellent chance that every one of these people has suffered some serious damage of their own. Maybe they were abused or bullied. Maybe they let the wrongs in their lives fester inside of them. Maybe they were neglected or filled up with hate by people who were supposed to nurture them. Because they have these things in their past and they probably haven’t done their own forgiving, they impose the damage they’ve suffered on others. And you happened to wind up in their sights.

That doesn’t in any way make what they’ve done to you right. But it does make it a little bit easier for you to understand and maybe even relate to. In fact, there’s a pretty good chance that you’ve even been on the other side of this yourself. Go back to the times you’ve hurt someone else, even if it’s painful to think about. Can you trace the pain you inflicted back to a hurt you’d previously received? If so, it might help you to understand how you got hurt in the first place.

Again, I’m not making excuses for what was done to you. I’m just giving you some important context. Empathy is a precious tool, and it’s one that you want to use as often as you can, not just here but everywhere in your life. Put yourself in the other person’s shoes and understand that he was probably carrying a legacy of hurt forward, and if he had only understood how important it was to forgive, maybe the chain would have ended before it ever got to you. Once you see it that way, you can begin the process of moving on from the hurt you received because you can begin to see it as something other than pure malice.

And while we’re looking at this hurt from the other person’s perspective, here’s something else to keep in mind: there’s a really good chance that the other person knows exactly what she did to you. Sure, there are some people who are so used to treating people badly that they might not even remember doing something bad to you specifically. For the most part, though, when something bad goes down between two people, both of you know what happened. And there’s a good chance that both of you were affected by it in some way. That’s another reality about the way people touch each other’s lives for good and bad. When you’ve hurt somebody, you know, right? Yeah, it’s possible that somebody out there is feeling a lot of pain over something that you don’t even realize you did to that person, but for the most part you know. There’s even a good chance that you feel bad about doing it. Certainly, I feel bad about the times when I’ve really hurt someone.

The Power You Get from Forgiveness

Forgiveness is a huge act of giving — you are offering the end of your anger and resentment to someone who has done you wrong. But it is also a huge act of getting, and that’s what I want to concentrate on here. When you forgive, you get an enormous amount of power in return. This power comes in a number of forms. First, there’s the power that comes from being freed from emotional burdens. If you’ve ever worked out while wearing weights, you know that when you take those weights off, you feel like you can move twice as fast as you did before. Forgiveness has the same kind of effect on your spirit. The long-term anger you feel toward someone else puts a huge burden on your back. You carry that around all the time. Even when you’re not feeling angry, it’s still there in the back of your mind because you haven’t fully processed the hurt you received. How much better would it feel to throw off all of that extra weight you’ve been carrying?

When you forgive, you feel emotionally lighter, and that lightness gives you the power to do way more productive stuff with your life. It really is like taking off those weights after a strenuous workout; just as you feel like you can run twice as fast with the weights off, you’ll feel you can reach twice as many goals when you get rid of the old grudges you’ve been carrying.

The next power you get is the power that comes when you soften your heart. When you’re convinced that you can’t forgive someone, your heart gets a little harder all the time. That hardness accumulates, and it can make a mess of your other relationships. Maybe you had a really bad breakup years ago and you finally met someone else and got married, but you’re not giving your wife everything she needs emotionally because you’re still protecting yourself from a past hurt that you haven’t forgiven. Maybe you’ve made some new friends recently, but you’re not really offering your friendship the way you once did with earlier friends because your heart was hardened by a friendship that went sour and you haven’t been able to let that go. If you can remember back to a time when you didn’t feel so guarded and protective of your emotions, you can probably remember how great it felt to connect with the people who mattered the most to you in an unburdened way. Your heart was softer then, and that softness allowed you to enjoy things that you stop enjoying when your heart hardens. That’s a power you can have back when you choose to forgive, move on from your biggest hurts, and give the important people in your life everything they deserve to receive from you.

Maybe the most important power that comes with forgiveness is the power to live your own life. I can’t emphasize enough how much control you give to other people when you allow the way they hurt you to keep hurting you. In little ways (and sometimes in not-so-little ways), if you hold on to feelings of anger and resentment over someone who did you wrong, you’re letting that person control a piece of your life. You aren’t in charge of some of your actions and many of your emotions because someone else, by what he or she did to you in the past, is dictating them from a distance. That’s a crazy amount of power to give to someone else—especially someone who has proven that he or she doesn’t have your best interests at heart. And this gets worse and worse if you have multiple grudges in your life that you need to forgive. At some point, these grudges take over, with the result that other people are manipulating most of your actions. Forgiveness takes that control and that power back. Forgiveness takes your life back. Once you forgive what someone did to you, the power over how you deal with the legacy of that person’s offense returns to you. He or she no longer gets a say in how you conduct your life moving forward. That’s all yours, which is exactly the way it should be.

Who in your life do you need to forgive today? How does it help to know that forgiveness actually empowers you? We’d love to hear your thoughts in the comments! 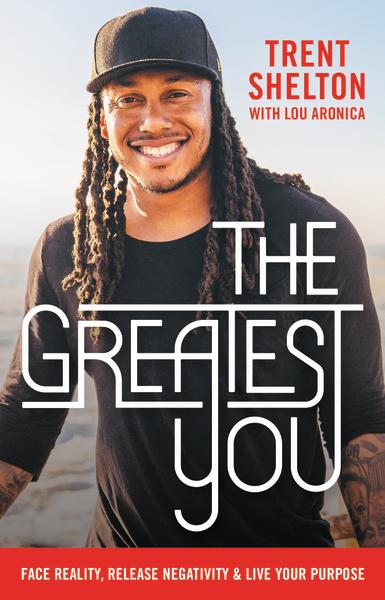