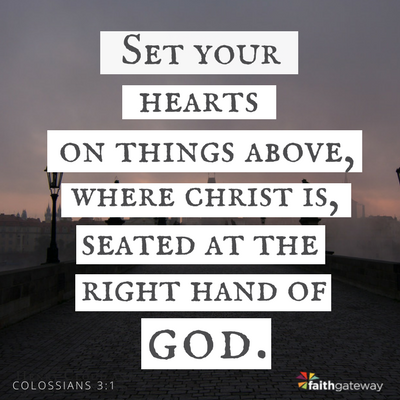 There is one question that all children of God have wondered about at one time or another. It’s an important and personal question. For some of us, it’s the biggest question we have about life after this one. The question is simply this:

Who is going to be in heaven?

This is a big question. After all, our lives are filled with people whom we love and cherish. We want to know if we will be able to spend eternity with our families and friends. We want to know who will be beside us in the glory and light of God.

The Lord God and All His Angels

the throne of God and of the Lamb shall be in it, and His bond-servants will serve Him. — Revelation 22:3

We also know that the Bible speaks of angels all through the book of Revelation, and one thing for certain is that there will be many, many angels in heaven. For example, the Bible says,

I looked, and I heard the voice of many angels around the throne and the living creatures and the elders; and the number of them was myriads of myriads, and thousands of thousands. — Revelation 5:11

It talks about the angels around the throne singing a new song.

According to the Scriptures, when a person dies, God has His angels take that person into paradise.

Remember that God created angels as His messengers to carry out His work. When people ask, “Do you think we have angels looking after us on earth?” — well, that’s a matter of opinion. Some people feel that they do, and some people feel that they do not. But one thing is clear according to the Scriptures. The Bible says that when Jesus talked about the rich man and Lazarus, the rich man died and went to torment, and when Lazarus died, the angels carried him into Paradise, or Abraham’s bosom. So according to the Scriptures, when a person dies, God has His angels take that person into Paradise.

Just think about that miracle. Think about being brought up into eternal life by thousands of angels. That is a beautiful image.

Friends and Loved Ones in Heaven

One of the other wonderful things about Heaven is that all our friends and all our loved ones who have passed on before — if they died having received the Lord Jesus Christ as their personal Savior — are also going to be in Heaven. The scripture says that, when Jesus comes again, He is going to bring with Him those of our loved ones who have passed on before us (1 Thessalonians 4:13-14). So, we know friends and loved ones and parents are going to be there.

All of those who placed their faith in God are going to be there.

Angels are going to be there. People from all nations will be there.

Our Relationships in Heaven

Now, when it comes to who is in Heaven, the second thing to think about is what kind of relationships we are going to have there. How will we relate and connect to one another? Well, to answer that question, we have to go back to this idea of glorified bodies. You will recall the apostle Paul said that

our citizenship is in heaven, from which also we eagerly wait for a Savior, the Lord Jesus Christ; who will transform the body of our humble state into conformity with the body of His glory, by the exertion of the power that He has even to subject all things to Himself . — Philippians 3:20-21

Therefore, our bodies are going to be transformed like the body of Christ — and remember that His glorified body was a visible, physical body. And glorified bodies are imperishable.

A significant passage to think about when it comes to the relationships we will have in heaven with our glorified bodies is where Mary Magdalene and Jesus met in the garden after His death. This is a significant moment, because most of us wonder what we are going to be like in Heaven, and how other people will be able to recognize us when we are there. So, Mary was standing outside the tomb, weeping. Then the Scripture says,

When she had said this, she turned around, and saw Jesus standing there, and did not know that it was Jesus.

Now, she saw Him, but she did not know it was Him.

Jesus said to her, ‘Woman, why are you weeping? Whom are you seeking?’ Supposing Him to be the gardener, she said to Him, ‘Sir, if you have carried Him away, tell me where you have laid Him, and I will take Him away.’ Jesus said to her, ‘Mary!’ She turned and said to Him in Hebrew, ‘Rabboni!’ — John 20:14-17

Notice that she looked at Him, and at first she didn’t recognize Him. He had a glorified body, so there was some difference, some change. Remember the last time she saw Him, He was stretched out on a cross and covered with all that bloody ugliness. What was it that made her recognize this was Jesus? It was what He said. It was His voice.

This is a familiar scene for us all in some ways. Oftentimes, I’m somewhere in a crowd, or sometimes I’ll be on a plane, and somebody will walk up to me and say, “You know, I didn’t recognize you until I heard you speak.” And then, “I’ve heard your voice so many times I knew this had to be you.” Well, this is exactly what happened to Mary. When she saw Jesus, she wasn’t expecting Him, and there was something about Him that was different enough that she didn’t quite recognize Him at first. But when He called her name, she knew that voice.

The reason I say this much about the body is because of Jesus Christ. You will recall that Jesus went to the apostles and He walked in and showed them His hands with the nail marks in them. Yet, even while they were looking at His hands, they were having a hard time believing that it was Him. Then He said, “Do you have anything to eat?” And they gave Him a piece of broiled fish, and He ate it, and He digested that fish even though He had a glorified body (Luke 24:36-43). So you and I will never be able to explain humanly what that glorified body is going to be like, except that it is made to perfection for its new environment.

People always ask me specific questions about their bodies in heaven, like, “If I die at seventy-five, what am I going to look like?” Well, I can’t answer that question. I can tell you this. You are going to be the best-looking seventy-five-year-old you’ve ever seen. Or I am asked, “Well, suppose a person dies as a baby. Will that person always remain a baby, or will they grow up?” Nobody knows the answer to that, so all those things are conjecture. We just know some things that are absolutely certain, given to us in the Scripture. Anything else is our imagination, and yours is as good as mine.

The one thing we know for certain is that the glorified body will be absolutely perfect.

It will be the best that almighty God can do, and we will be perfectly, totally, and completely fulfilled.

Knowing Our Friends and Family

People also often ask if they will only know their families and friends in Heaven. The truth is, we are going to know more than what we know now; we are going to recognize all God’s children. Let’s take a look at Matthew. Jesus has taken Peter, James, and John up on the mount, and this is the account of the Mount of Transfiguration:

Six days later Jesus took with Him Peter and James and John his brother, and led them up on a high mountain by themselves. And He was transfigured before them; and His face shone like the sun, and His garments became as white as light. And behold, Moses and Elijah appeared to them, talking with Him. Peter said to Jesus, “Lord, it is good for us to be here; if You wish, I will make three tabernacles here, one for You, and one for Moses, and one for Elijah.” — Matthew 17:1-4

What is intuitive knowledge? Intuitive knowledge is knowledge that you and I have without a conscious action on our part. It is a God-given and innate knowledge. It is a core component of our life in heaven, because it is the element that will enable us to have an intimate, loving, and overwhelmingly and unimaginably close relationship with God. It is the last link in the chain of community in Heaven above.

Let us consider how to stir up one another to love and good works, not neglecting to meet together, as is the habit of some, but encouraging one another, and all the more as you see the Day drawing near. — Hebrews 10:24-25 ESV

Bear one another’s burdens, and so fulfill the law of Christ. — Galatians 6:2 ESV

For where two or three are gathered in my name, there am I among them. —  Matthew 18:20 ESV

But you are a chosen race, a royal priesthood, a holy nation, a people for His own possession, that you may proclaim the excellencies of Him who called you out of darkness into His marvelous light. Once you were not a people, but now you are God’s people; once you had not received mercy, but now you have received mercy. — 1 Peter 2:9-10 ESV

Excerpted with permission from The Gift of Heaven by Charles Stanley, copyright Charles F. Stanley.

Few topics can elicit stress, anxiety, and fear like death can. But, for the believer, there is not the worry about the unknown. We have the hope of Heaven. The gift of Heaven! Come and share your thoughts about Heaven and what it will be like with us on our blog. We would love to hear from you! ~ Devotionals Daily