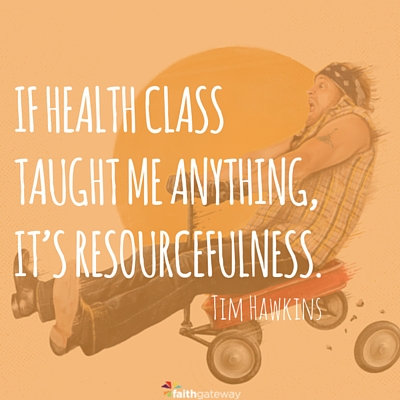 Today I turned forty. Yeah, I know, it’s hard to believe that a guy this hot could be a whole two score years old. More like too sore. Or too sore to score. I’m still working it out — which is more than I can say for this sack of dirt I call a body.

My body is revolting — and I mean both the verb and the adjective. I don’t think John Mayer was talking about this when he wrote “Your Body Is a Wonderland.” He obviously was not forty yet. But man, that song would have been so different. What rhymes with varicose anyway?

As a former college athlete, I cannot recount the number of health classes I have taken in my life. It suffices to say the number is significant. I have learned all about the inception of life. The respiratory and endocrine systems. The miracles of human reproduction. How to exercise and maintain good heart health. Even how to keep one’s colon clean.

Yet in all of my extensive studies, no one ever warned me about this. I need to go back and look for my old health textbooks and take a closer look. My guess is that there is a section in the back near the appendix simply called “Forty.” It is probably not a large chapter. In fact, the imaginary section only has three pages with a few sentences printed in huge fonts across the tops of each — a living illustration of the sudden need for reading glasses when one’s eyes age past forty years.

The first page simply says “Stuff you can’t eat.” Below it is a high-definition image of a Krispy Kreme donut. That’s right. I’m no longer supposed to eat what I consider to be absolute divinity (not to be confused with the candy called divinity, which ironically tastes a lot like powdered sewage or a sponge covered in baby powder). No more Krispy Kremes? I’m not sure I want to live much longer if this is the quality of life. I doth protest.

Look, I don’t really care if they can’t spell “crispy” or “cream” correctly, those krazily konfused alliterators are doing some wonderful work over there. Eating a Krispy Kreme donut is like eating a baby angel. I don’t even know what that means, but I doubt anyone out there would dispute me. Though it feels so wrong, it tastes so right. “Get in there, you little cherub. Let the momma-slappin’ begin.”

This just in: I heard that scientists are working around the clock in a groundbreaking attempt to engineer a sugar-free Krispy Kreme donut. What’s the point? We have that already. It’s called a bagel. Leave it alone, Donut Man. Critical mass is complete and the collective mushroom cloud of obesity continues to gloriously rise over our fine nation.

We have a Krispy Kreme store in my hometown. For a homeschool family, this provides endless opportunities for culinary field trips. Sometimes I even remember to take the kids with me. A trip to the old Double K means I can press my face against the glass and watch them make the enchanted circles of life — each one waving to me as it goes by on that belt. God is so good. In fact, my dream is to go into Krispy Kreme and lie on that conveyor belt when it goes under the icing part… just get a full body glaze. Now that would make my body a wonderland.

I even wrote a song about Krispy Kreme to the tune of the old worship song that went “Holiness, holiness is what I long for. Holiness is what I need…” If you don’t know it, try Google — this is the twenty-first century, you know. I’m not real sure why I have to keep helping you with stuff like this. And yes, the words Krispy Kreme should replace the word Holiness. Judge me if you want — I am unashamed. Well, that is not true, but since when did shame stop us from eating? That’s what makes America great. Actually, that’s what makes America jumbo. At any rate, the song went something like this:

Krispy Kremes are what I need

Take some dough and form it

Add some glaze and warm it

Chew it up… transform it

When you turn forty, everything you hear about eating suddenly revolves around the theme of being healthy, even when it comes to cereal. But I say no, don’t do it. Don’t put these foreign substances in your body. Healthy cereal is wheat, barley, oats — it’s mulch in a bowl. It’s like I’m waking up every morning to the bottom of a hamster cage. I got a splinter the other day from my natural cereal — my bowl of Compost Toasties.

When I want a bowl of cereal, I want the real deal. Cereal is supposed to be fun, fruity, and magical. With marshmallows and a toy at the bottom.

Yes, at the bottom. So you can plunge your germ-infested boy hand all the way down to retrieve it. When you open that box, unicorns should be jumping out. With horns and lasers. That’s what cereal was meant to be.

Just below the donut is the image of something else… something none of us ever want to see on a food prohibition list. It is the picture of a pig. Ah, the majestic pig. So gallant. So powerful. So delicious. Who would think from looking at a pig that such gold lies just beneath that grotesque layer of dirty pink skin? But no more bacon for the forty-year-old. This is when you look at the page and notice watermarked tear stains. After all, this textbook is used.

I love bacon. I’d brush my teeth with bacon. I’m just kidding. That would be silly. I’d just floss with it. So when my wife said to me, “You can’t have regular bacon anymore. I’ll find you some bacon you can eat,” my heart replied with a hearty, “Yippy skippy.”

She went to the organic store and brought back this alien substance called turkey bacon. Turkey bacon is a failed bit from the get-go. This is not just true of the taste, but also of the appearance. Turkey bacon just stays flat when you cook it. Bacon is supposed to crinkle up when heated. It loves to pop in its own grease — serenading the eater with the alluring sounds of a fat-laden symphony of flavors. It actually sounds like applause, or even the crack of multiple gunfire in a Civil War skirmish. Turkey bacon? As flat as the earth before Columbus. It’s like eating a meat-flavored Fruit Roll-Up. It’s just not right.

Beneath it are a few more sentences than the first page, each detailing what liquids the forty-year-old male should now avoid. A good rule of thumb is that if it’s normal in any sense of the word, then down the drain with it.

Now I’m supposed to drink diet soda instead of regular soda. In other words, brown carbonated water with a sweet tang to it that has you tasting metal for some reason. You know, diet soda. I remember the first diet soda: Tab. Tab stands for “Tasteless And Brown.” In much the same way that the tab button on your computer keyboard advances your cursor to the next empty field on your screen, Tab soda advances your brain to the next empty reason to give up on life. It’s like carbonated ipecac. “Hey, you’re really losing weight.” Yeah, I’m dry heaving all the time.

Dairy’s off the list too. Can’t drink regular milk anymore. My doctor now has me drinking rice milk. You heard me right. Rice milk? How are they producing this stuff? Those rice farmers must have tiny fingers and enormous patience to squeeze milk out of a rice nipple. “Y’all come back November, we’ll have you half a cup, okay?” They say the wild rice have been known to kick you right in the face if you’re not paying attention. They crave the open range of their ancestors.

Page three is quite possibly the most disturbing of the trio. The title says “Things You Cannot Get Rid Of.” Then just below it is something you’d never expect: a picture of a Sasquatch covered in matted hair. Oh, too gross to bear? That’s what I say — and that’s my body.

My body’s changing in ways they don’t tell you about. As if the first set was not sufficient, I’ve got these new eyebrows growing in. Feels like fiber-optic cable or something growing out of my head. “Honey, have you seen the wire cutters? I’ve got guitar string growing out of my head.” Those strings apparently travel through my head into my ear canals. I’ve got ZZ Top in my ear hole now. Thanks, Lord. When I look at other older guys who can’t seem to hear very well, I stop and tell them, “You don’t need a hearing aid. You need a Weedwacker. You’ll be hearing in Dolby in no time.”

It’s such a strange phenomenon. I’m losing all my hair up top, but the rest of my body looks like it is hosting an extended family of auctioneers down at the Alabama mullet convention. It’s like a monk that quickly turns into Chewbacca as you move down. But the worst is that these same hairs are popping up in crop circle formations all over my back. If this is the aliens’ best way to communicate, I’d say we have very little to worry about.

My kids are like, “Daddy, put on a shirt. That’s disgusting!”

My wife doesn’t help much: “What’s wrong with you?”

I don’t know. I’m turning into a hobbit. Why don’t you go get me a comb, my precious? Let’s cross the great canyon to Mordor! Urrgh!

Actually, I hear they have a new Krispy Kreme over there in Mordor. We could probably lash together a hanging bridge out of all this back hair of mine.

If health class taught me anything, it’s resourcefulness. So I shut the book to go lie down in the corner in a fetal position. I’m forty. This is my life now.

Tweet Thought @timhawkinscomic — My smoker friend says donuts are as bad as cigarettes, but I’ve never received a complaint about secondhand glaze.

Tweet Thought @timhawkinscomic — Found a four-leaf clover. Actually it was a Lucky Charms marshmallow stuck in my beard, but that still counts.

Watch the Video from Tim Hawkins

Excerpted with permission from Diary of a Jackwagon by Tim Hawkins, copyright Rockshow Comedy Inc.

Are you craving Krispy Kremes now, too? Leave your comments about Tim’s hilarious rant on the trials of being over forty on our blog! We want to hear from you!