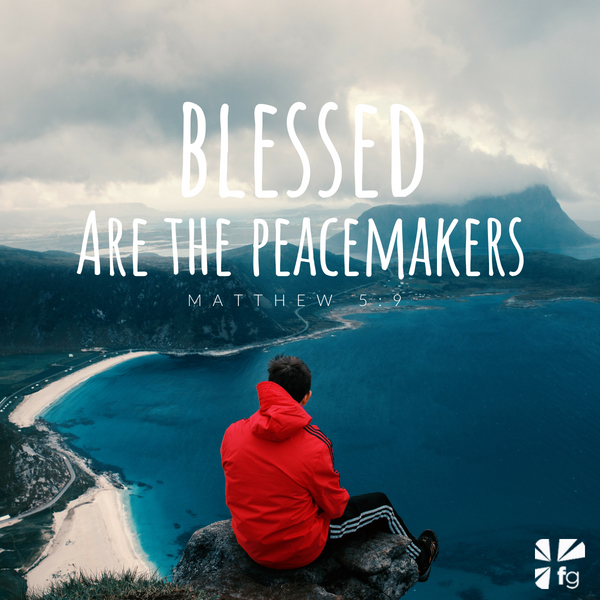 After serious thought, I rebuked the nobles and rulers, and said to them, “Each of you is exacting usury from his brother.” So I called a great assembly against them. And I said to them, “According to our ability we have redeemed our Jewish brethren who were sold to the nations. Now indeed, will you even sell your brethren? Or should they be sold to us?”

Then they were silenced and found nothing to say. Then I said, “What you are doing is not good. Should you not walk in the fear of our God because of the reproach of the nations, our enemies?” — Nehemiah 5:7-9

After Nehemiah spent valuable time backing off, he then moved to the next step in conflict resolution: there is a time to stand up. And that is exactly what he did. Nehemiah boldly stood up and confronted those he believed to be in the wrong and whose actions had initiated the conflict. “I rebuked the nobles and rulers, and said to them, ‘Each of you is exacting usury from his brother’” (Nehemiah 5:7). Nehemiah “rebuked” the elders and brought them face-to-face with the point of contention — they were charging interest to their own Jewish brothers who were in financial need, and in so doing brought “reproach” (Nehemiah 5:9) upon the people of God.

It is important to note that conflict resolution never means backing off and giving in at any cost. Nehemiah was a strong and effective leader. After backing off to listen to his heart, he stood up and rebuked those who were in the wrong.

Conflict resolution is never simply another form of pacifism.

One afternoon on a grassy green hillside on the northern shore of the Sea of Galilee, Jesus addressed this very point in His well-known and often quoted Sermon on the Mount. He pronounced a blessing on the “peacemakers” (Matthew 5:9, emphasis added), not the “peace lovers.”

Yes, we should love peace, but we should not seek it at the cost of sacrificing what we know to be right. There are times when nations and individuals have to “make peace” by standing up and not just backing off.

One example of a person who cared enough to confront is found in a man named Nathan. Most of us remember the well-known Bible story of King David lusting after a lady named Bathsheba so that he eventually committed adultery with her and sent her husband into battle, where he was killed. He didn’t want his family or friends to find out about it. Like so many today, he was foolish enough to think he could cover it up with lies and deceit so that no one would ever know. But David was fortunate enough to have a trusted friend who refused to simply back off and pretend it didn’t happen. Nathan cared enough to stand up and confront the king, who was on a collision course with exposure and defeat. He stood up courageously, in confidence and with love. David came clean. It hurt, but it also healed.

The sad truth in many relationships today is that too many simply cut what they could have untied. Some are quick to criticize instead of confront. Others seem to find joy in condemning. Then there are those who only want to castigate. Still others are quick to give their own self-righteous counsel. And, finally, some find it more convenient to simply cancel out of the relationship altogether. This is not how God wants His people to stand up for what is right.

Consider the apostle Paul’s teachings. In Galatians 6:1-2, he called on us to “restore” the one who was in the wrong. The Greek word he chose, which we translate “restore” in our English Bibles, is actually a medical term. It was used to describe a physician who sees a man with a broken bone in his arm, and he puts it back into place so that it can mend and be useful again. Only God, the Great Physician, can truly heal relationships that need to be mended, but it is our job to get the bones properly aligned so that He can do His healing work. This, like the work of the physician, is often painful, but it is also necessary.

When we continuously back off and do not stand up, our conflicts tend to fester like an untreated boil that needs to be lanced or like a broken bone that is not properly set in place. While we may be trying to avoid pain, a refusal to stand up to wrong can actually result in even more pain and agitation in our relationships. On the other hand, we all have witnessed unresolved conflicts that are the result of someone standing up (often in anger), without first backing off to listen to his or her heart. In conflict resolution it is never a matter of “either… or,” rather it is “both… and.” There is definitely a time to stand up, but Nehemiah’s example demonstrates that it should only come after a time of backing off. Rebuilders never cut what they can untie because they are convinced… it’s never too late for a new beginning!

There is a time to stand up. Conflict resolution is never simply another form of pacifism. Spend time with the Lord, back off, don’t let the conflict fester. Speak up! We want to hear from you! ~ Devotionals Daily