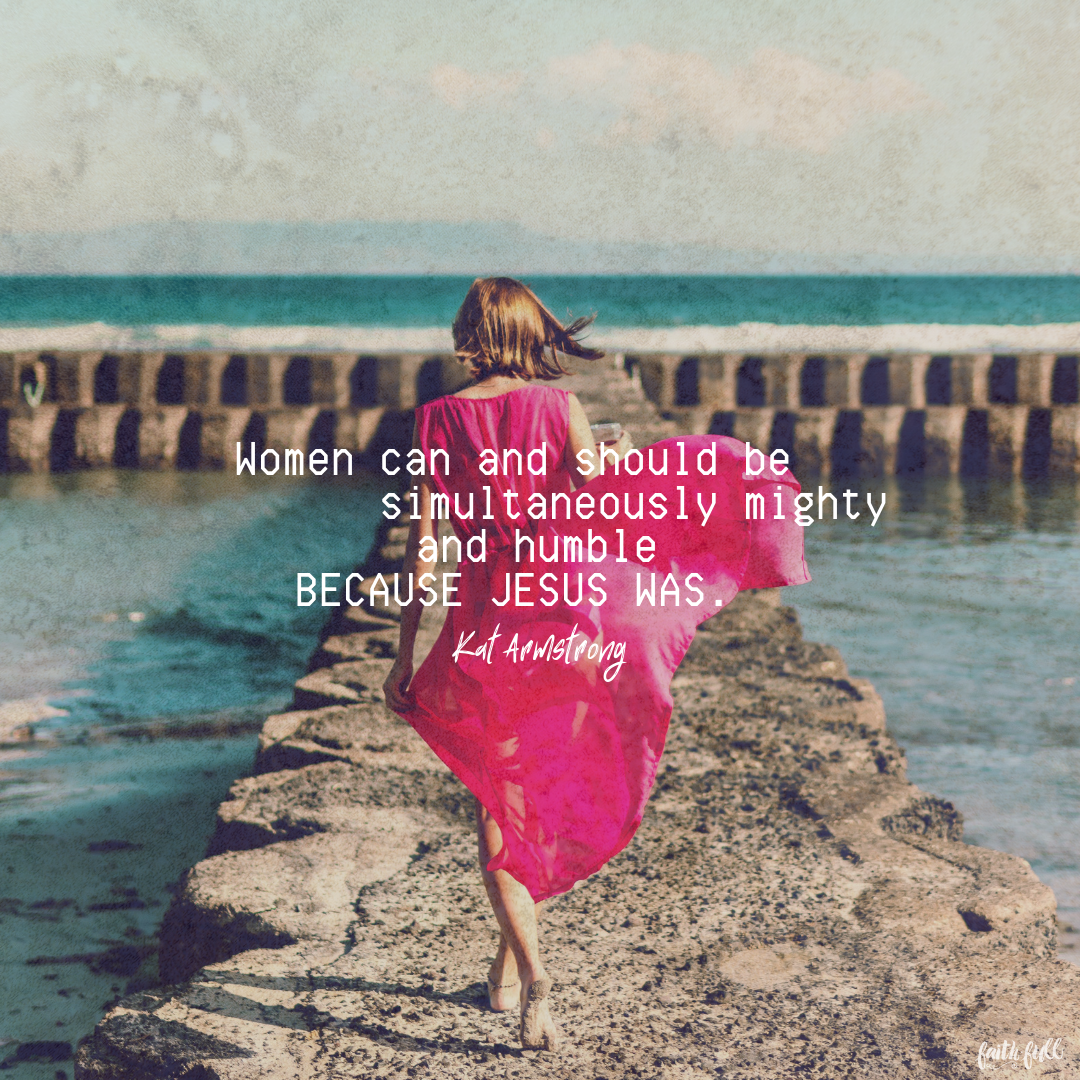 Serving in judgeship of the nation of Israel, Deborah was a married woman of valor leading the people of God with wisdom and courage (Judges 4). She wasn’t just the lone woman to judge Israel; she also held the unique dual function of both fiery judge and authoritative prophet.1 In a role similar to the reign of a king, she ruled over the military as judge, and she spoke with authority on behalf of God to His people as a prophetess. And she wasn’t God’s plan B. That much is clear from the text. God considered her an indispensable asset. He chose her to lead.

I wonder what her husband thought about her calling. If he was anything like the Christian men highlighting the talents of their wives today, he likely found great satisfaction knowing his counterpart was glorifying God in the assignment God had given her.

I’m bringing up Deborah’s story to point out the fact that she was a strong woman and married. And we don’t see any indication from Scripture that her success as a leader was against God’s plan or getting in the way of a healthy marriage. Deborah wasn’t too much to handle in God’s eyes, even though she had national influence, even though her people recognized her leadership, and even though she delivered the Word of God to His people with authority.

Let’s make room in our churches and workplaces for women like Deborah. Because God did.

Another successful woman was the Proverbs 31 woman. She was considered the epitome of a woman of valor — so much so that King Lemuel’s mother advised him to marry someone like this. Let’s look at her qualities.

Apparently the Proverbs 31 woman’s work did not diminish her ability to be a good wife and mother, or even to be submissive — or the king’s mother would not have chosen her.

The New Testament reinforces this idea. Consider the band of women traveling and supporting Jesus’s ministry financially as Luke described:

Soon afterward He was traveling from one town and village to another, preaching and telling the good news of the kingdom of God. The Twelve were with Him, and also some women who had been healed of evil spirits and sicknesses: Mary, called Magdalene (seven demons had come out of her); Joanna the wife of Chuza, Herod’s steward; Susanna; and many others who were supporting them from their possessions. — Luke 8:1-3 HCSB

These women disciples not only followed Jesus, absorbing His teachings, but also offered their funds to support His mission. Examples like these and the Proverbs 31 woman show us that a woman’s passion for her work, success on the job, or willingness to follow Jesus is not a negative.

I joined a few friends in a dreamy restaurant to celebrate one of their birthdays. Cheers and cake and girlfriends, yes. We settled in for a laid-back, upbeat evening toasting our mutual friend before a sugar coma. I was seated next to a dynamite professional woman who asked me how my marriage worked. Her winsome smile turned into apprehension as she waited to hear my answer. Knowing a little about our story, she asked me if it bothered Aaron that I was seeing some success in my organization. I said no. She asked me if Aaron disliked how much I enjoy my job. Again I said no. Then she asked me if I thought Aaron was the only man on the planet that appreciated my ambition. I quickly answered, “No, of course not!” With a mouthful of bread, I asked her to help me understand where all these questions were coming from and why the sudden interest in my marital relationship with Aaron.

She explained she was crushing it at work. I thought that should be a win, something we would all celebrate, but to her it felt like a curse. While she was earning promotions at work, she wondered if her male friends at church would see her success as a positive in a future spouse. She worried that her intelligence and business acumen would discourage godly guys from asking her out on dates. I leaned in, as Sheryl Sandberg would like us all to do, and locked eyes with her to say that Aaron’s favorite quality of mine is ambition. He is more practiced at saying “Go for it, babe” than I am at taking risks. If God willed for her to marry and wired her for promotions, work responsibilities, and favor in her endeavors, then she could find a man who would appreciate her. I truly believe that, and yet I know her fears are based in real-life experience. Again, Sheryl Sandberg confirms this view of women: “Professional ambition is expected of men but is optional—or worse, sometimes even a negative — for women.”2 The same is true in some sections of the church.

As tears welled up in her eyes, I reminded her, “Your strength and ambition are good.” I hope I didn’t lie to her.

I really hope Christians want women to be strong in the Lord and successful in life in the same way we do for men.

I’m concerned that we use our deficient teachings on submission and leadership as a weapon against strong women. It’s a tragedy because deference is a beautiful theme of the Bible; it’s modeled within the Godhead, and it’s a timeless exhortation to all Christ-followers. I love the way Carolyn Custis James teaches about godly submission:

The common belief is that biblical submission entails passivity and that therefore a godly wife ought to leave theology to her husband. But such a notion is surely misguided. Christian submission, which finds its ultimate example in Christ, is an act of strength, understanding, and determination. Jesus modeled not a mindless, limp compliance but a thoughtful vigorous resolve. His actions did not result from a power struggle with his father but expressed their union. Jesus was not defeated; He was determined to fulfill His father’s will.3

Maybe we’ve overemphasized a woman’s submissive role and, in doing so, lost sight of the fact that submission is not the hallmark of a Christian woman’s character.

Women can and should be simultaneously mighty and humble because Jesus was.

I began this chapter with the story of a young woman who confided in me after a speaking engagement. She made sure to tell me that a “good catch” for a woman would need to be a man pacing ahead of her spiritually, but a good catch for a man is someone running just a tad slower or, at most, right alongside him in unison. The young men in her small group suggested she slow down so that a man could catch up. So, she was holding back. This should grieve us.

Put another way, the pace of a godly male leader should not determine the speed of a woman’s pursuit of God. Everyone needs to pick up the pace, and women should not hold back out of fear they will alienate a good prospect for a spouse. This is not a drill, people. The front lines need to be filled. For the sake of the Gospel, everyone should be running. And according to Paul, we should be running in such a way to win the prize (1 Corinthians 9:24).

If, by the power of the Holy Spirit, we focus on loving God with all our hearts, He will shape us into wholehearted women, and that is a good thing.

By the same strength that raised Jesus from the dead, disciplining ourselves to love God with all our souls will form us into soulful women, and that is praiseworthy. The sustaining power of God’s Spirit, the same that holds the world together, can renew our minds and make us mindful disciples of Jesus, and that is commendable. The force that conquered death lives inside of us now and grows our strength, which is pleasing to God and a blessing to the faithful.

For every woman out there thinking she is too much to handle, maybe she could think this way instead: How can I use what God has given to me to bring Him glory and to work for the common good of all people?

Instead of obsessing over the line between godly enough to date and too godly to marry, we should reorient ourselves around this passage:

We are His creation, created in Christ Jesus for good works, which God prepared ahead of time so that we should walk in them. — Ephesians 2:10 HCSB

We can’t play small. And not because we are a big deal — quite the opposite. We can’t play small because God’s mission to reconcile all people to Himself is too important. You were handcrafted with every single part of your personality, disposition, and wiring for the good works God intended for you to carry out. Don’t hold back. You are a part of something bigger than yourself. If that ends up putting off potential suitors, maybe you deserve different ones. If that means your marriage looks different from someone else’s in your church, so be it. Jesus is worthy of a lifetime committed to die-hard convictions.

Have you been holding back because you’re a woman? Because you’re single? Let’s not shrink back, sisters, but follow the Spirit straight to the front lines! God has good works for us to do, so let’s not listen to voices that say we’re too much to handle or too strong for a woman. Let’s go for it! Come share your thoughts with us on our blog. We want to hear from you! ~ Laurie McClure, Faith.Full 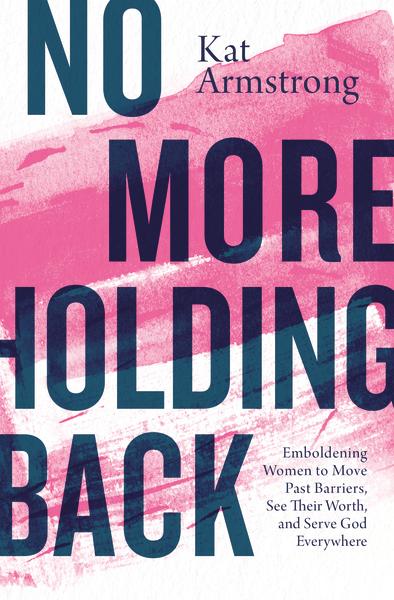 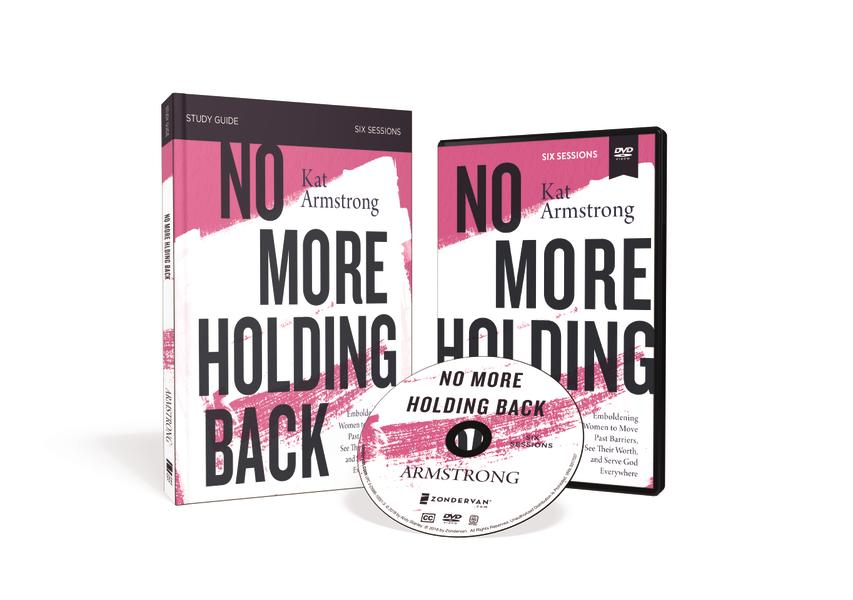