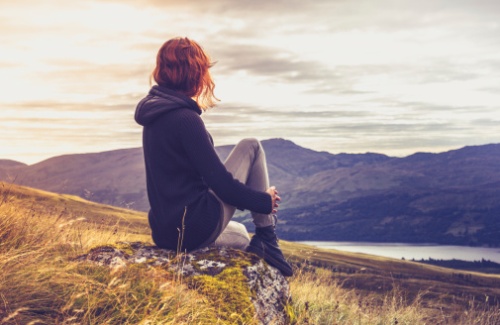 That is why we never give up. Though our bodies are dying, our spirits are being renewed every day. — 2 Corinthians 4:16

But what happens when your heart is torn and your soul is on a roller coaster? When your strength is sapped by worry or sadness? When your mind just won’t work the way it was meant to?

How do you love God then? How do you connect with Him or with anyone else when your dependable tools for connecting —  memory, thought, perception, emotions, energy, will — are on the fritz?

When your thoughts and emotions betray you, how do you even know who you are?

And that’s not even to mention the way the world — and the church! — treats those who suffer from mental illness.

How do you live with that stigma? And how do you cope when someone you love — a husband, parent, sibling, child, or friend — can’t seem to function normally?

Life itself can feel like a series of questions… with few answers in sight.

When I speak of mental illness, I’m referring to a disruption of thought or emotion that results from something going wrong in the brain — the physical organ that produces and regulates thought, memory, emotions, sensory perception, communication, and decision making. But this is where things get really complicated, especially for Christians — because Christians believe we are more than physical beings.

The Bible clearly states that we are spiritual beings as well, made in God’s image and capable of communicating with Him in our spirits, and that this spiritual reality is also tied in with our thoughts, communication, and decision making.

First, even if we are more than just bodies, we live in our bodies. More to the point, we use our bodies to communicate, to think, to function, to make our way through the world. Our brains are part of our bodies. And because of the Fall, which introduced disease into the world, our physical brains can malfunction — just as the heart, bone, liver, or pancreas can.

Although mental illness is by definition a malfunction of the brain, in fact, it can have a number of different causes. Understanding this distinction between the causes and the experience of mental illness can be helpful because it shows how complex the situation can be. But I also believe we need to be careful about focusing too much on what caused a given mental illness. It can bring us to the dangerous place of blaming a sick person for her illness.

What’s more, the Bible warns us specifically against this kind of thinking. Stories like that of Job and Jesus’s healing of the man who had been blind from birth (John 9) show that there isn’t always a clear cause-and-effect between sin and human affliction. They make it clear that God’s redemptive purposes may be at work right in the middle of painful, baffling affliction.

The stigma associated with mental illness can stop the work of Christ dead in its tracks. Stigma is “dis-evangelism.” Stigma is a sin that all of us are guilty of at one time or another — judging others by surface aspects of appearance, ethnic background, education, economic achievement, or behavior. When we stigmatize we are saying, “God can judge people by what’s in their hearts — but count me out!” Or we’re saying, “Yes, I know God loves everyone—but as far as I’m concerned, God made a mistake.” —Jackson H. Day

The message of the entire Bible, in fact, is that God’s ultimate purpose for all His people is health — physical, spiritual, and relational. He created us for wholeness. And despite our sinful choices, despite the fact that we live on a fallen planet, despite the influence of Satan and his minions, He is continually in the process of healing and restoring us. He is truly making all things new for us — heart, soul, mind, and strength.

God is bigger and more powerful than the most painful circumstances we can encounter. And this is so important to recognize, because mental illness is such a painful and problematic experience. It disrupts family schedules. It drains emotional and financial resources. And because the symptoms come and go, it leaves victims and families nervous even during the good times.

Because it alters behavior and personality, its toll on relationships can be especially heavy. It also costs people their jobs and their homes. It drives them to “self-medicate”. And mental illness can be physically dangerous — sometimes to others, but more often to its victims, who may endanger themselves through poor judgment or suicide attempts. Sadly, suicide is a common “side effect” of brain disease.

Through it all, mentally ill people and their families often struggle with an overpowering sense of shame, a painful sense of being different, defective, or out of control.

They feel acutely the stigma of mental illness — the awareness of being judged, shunned, rejected, or ridiculed — and the frustration of being unable to handle everyday life. Guilt can be a significant factor as well. Victims feel guilty for what they’ve done or said during episodes of the disease, for being a burden, for complicating the lives of others. And caregivers often struggle with guilt for feeling angry with a sick person, for needing help with care or resorting to institutionalization.

And on top of all this is the traditional — and mutual — distrust between psychiatry and conservative Christianity.

What does the Bible have to say about these troubling issues? Specifically, it doesn’t say anything at all. There’s not a single verse in the Bible about bipolar disease, Alzheimer’s disease, obsessive-compulsive disorder, or schizophrenia. There’s little direct comment on how to distinguish brain illness from spiritual malaise or on whether we should trust psychologists.

There are some clear instances in the Old Testament of behavior that could be symptomatic of mental illness. King Saul seemed to have mental problems that caused wild mood swings and erratic behavior that eventually led to his death. King David, more famously, apparently suffered from intense periodic depression, which he described in his psalms of lament. The prophet Elijah also seems to have suffered from a period of acute depression where he literally wanted to die.

The New Testament, of course, contains many instances where demons are blamed for behavior that resembles many mental illnesses. Jesus Himself healed many people who were said to be demon possessed — including a violent man who ran around naked and screaming among the tombs (Luke 8:26-39) and Mary Magdalene, who was said to have been delivered from seven demons (Luke 8:2).

I believe many, if not most, of the healings Jesus performed involved real demons. He specifically gave His disciples the authority to drive out demons, and He actually talked to a number of the evil spirits that had occupied human beings. But note that this didn’t happen in every instance of supposed demonic activity that Jesus encountered. Sometimes Jesus healed “possessed” people without specifically addressing a demon (see John 9:32). In cases like that, I believe it’s possible that demons weren’t involved at all. Jesus Himself was accused of being demon-possessed (John 9:48–52; 10:20), so we know that not every diagnosis of possession was correct. So I think it’s reasonable to assume that at least some of the people Jesus healed of “demons” may have actually suffered from disorders of the brain such as depression or schizophrenia — just as many good Christian girls do today.

As to the work of demons today, while Satan is ultimately behind all forms of human brokenness and is certainly capable of causing the miserable symptoms of mental illness, in our society he usually prefers to work in sneakier, less spectacular — but even more powerful — ways. Most of my Christian sources who have worked with the mentally ill confirm that they have encountered only a few cases that they believe to be demonically caused.

But no matter the cause of mental instability in the Bible or today, the outcome was — and is — the same.

Jesus has compassion on those who are afflicted. His concern is always for their healing — body, mind, and spirit — regardless of what caused the illness.

I believe God calls each one of us to faith — but not the passive faith of believing the right things and belonging to the right groups. He calls us from a passive acceptance of whatever life hands us to a position of active, confident expectation. But He also calls us from expecting easy or final answers to a humble acceptance of the ways He chooses to work in our life. God calls us to trust in His love and grace, to cling to believing that He will accomplish His best in us, even when our thoughts and feelings and perceptions and memories betray us.

I have to tell you, some of the most persistent, courageous, humble… and faithful… people I know are good Christian girls who have wrestled with mental illness. In fact, it was in the very context of their illness that many of them developed a depth of faith that challenges and inspires me.

It really is possible to have emotional problems and mental problems and still love God and serve Him. But here’s the rub. The illness itself can make that faith hard to come by.

That brings us back to the question we started with: How do we believe in God and serve Him and love Him with heart and soul and mind and strength when these very parts of us are compromised?

And here’s the best answer I can manage — grace.

The answer is a loving, compassionate God who reaches down to us when we can’t reach up to Him.

He knows the limitations of our physical bodies, our sin-wracked souls. And His grace is sufficient to cover the ground between the best we can manage and the kind of fulfilling, purposeful life He wants for us. He made us. He sees our suffering. And He loves us fiercely. Though His ways may sometimes baffle us, we can still trust in His loving heart, His gracious spirit, His healing power.

He walks beside us and shares our suffering, even when we feel confused and alone.

He tenderly provides the help we need, even when we don’t recognize His caring face.

He is working right now to bring us to complete healing and wholeness — whether it’s medication that helps us get through the day, friends who reach past fear to offer us love, or a whole new spiritual body (and brain!) in the life to come.

Healing our broken hearts. Giving rest to our tormented souls. Renewing even our confused and broken minds and spirits. Granting strength to walk through whatever the years will bring. Moment by moment, in His grace, He is bringing us home to Him.

Mental Illness Awareness Week is October 6-12, 2013. MIAW coincides with the National Day of Prayer for Mental Illness Recovery and Understanding (October 8) . If you or someone you love has struggled, perhaps blanketed in shame, with mental illness, we would like to pray with you. You don’t have to walk this road alone. Please feel free to leave your prayer requests on our blog (note that prayer requests are public). 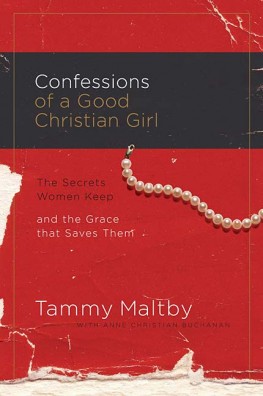