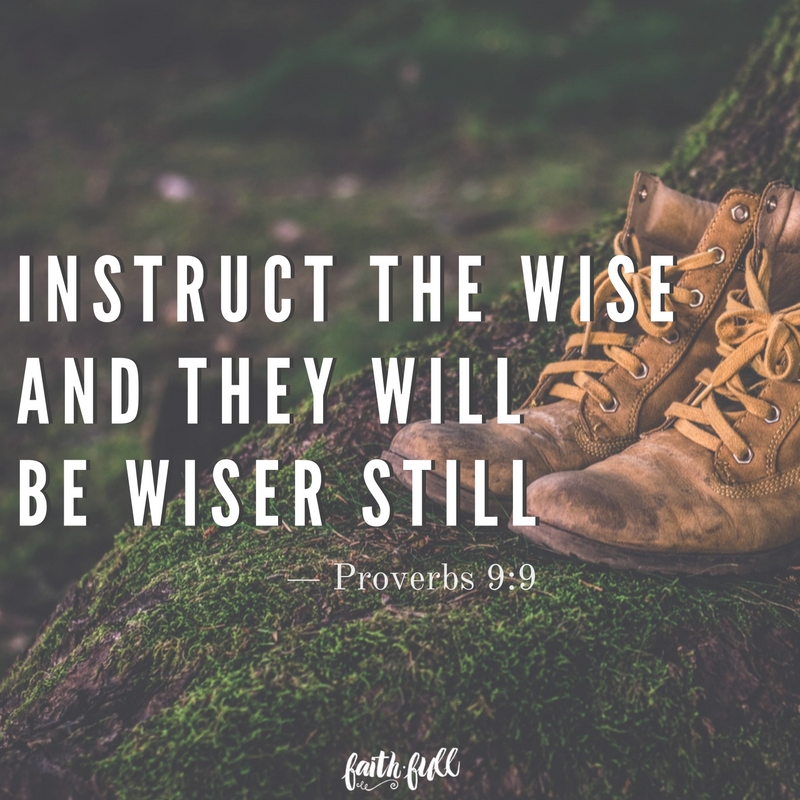 Most professional voice coaches recommend not to start vocal training until age thirteen or fourteen. The voice is a product of working the right muscles that develop and mature right along with the rest of the body. For most classically trained singers, instruction begins in their early teens and picks up intensity when they go to college or a conservatory.

After that, it wouldn’t be unusual to pursue post-graduate training before joining a company or other professional singing organization.

Commercial singers — the smart ones — will also often continue training throughout their career. Training keeps the muscles in shape, the technique polished and, hopefully, extends the longevity of a healthy voice.

If ever there were an advocate for education, it was Jesus. His entire ministry focused on teaching… through parables, exposition, miracles, preaching. He never sifted through a crowd to find those who seemed to be further behind in life and zero in on their deficiencies. He never indicated that even a pillar of society would not benefit from what He had to say.

He understood that humanity — with the capacity to retain new information, process new ideas, and live a life that gets better and better with each new day and each discovery — is constantly developing and learning.

We can glean an endless amount of inspiration and encouragement from Jesus as teacher. But in those moments when Jesus Himself was being refined, He becomes a living example of how we should train our hearts, souls, and minds for our callings.

His forty days in the wilderness (Matthew 4:1-11) provide a model of pre-training commitment and preparation, focus, goal-setting, and follow-through. Moreover, Jesus’ three tests supply universal, foundational lessons on which to build the profession of your choice and a passion out of your calling.

1. “Man shall not live on bread alone” (Matthew 4:4). Don’t define success or orient your life around material gain.

2. “Do not put the Lord your God to the test” (Matthew 4:7). Don’t live your life recklessly and expect God to be the one to save you. You have to do the work.

3. “Worship the Lord your God, and serve him only” (Matthew 4:10). Whatever your priorities are in life — work, family, church, reputation, money — if any of it pushes God out of the top position, you’re headed for a train wreck.

I would be better off losing my voice forever than losing my faith, which is my priority and my solid foundation.

As you are on the path to discovering your true passion, you can’t compromise your belief system for anything or anyone. You absolutely must establish your convictions before you get out there in this chaotic and often manipulative world. You will inevitably face challenges, defeats, and temptations along the way. You won’t be equipped to confront and rise above them if you don’t put in the work and solidify your faith beforehand.

I’m convinced that, like most things He did in His human life, Jesus did not submit to this testing in the desert for His sake. His baptism wasn’t for His own sins. As part of the triumvirate, He is part of the Three-in-One Trinity. He’s in!

When Christ entered this world as a baby, He made Himself not just our Savior; He became one of us. He faced the same trials that everyone faces. He had to rise above the same temptations that we all do. His triumph over sin and temptation wasn’t simply to boost His reputation; it was to teach us how to navigate the treacherous waters around us. If we could or would take the time to absorb fully the lessons of His life, ours would never be the same.

You Have to Start Somewhere

There’s quite a bit to be said about Jesus’ life leading up to the beginning of His ministry at age thirty. One time, when He was just a preteen, Jesus went missing. After frantic searching, Mary and Joseph found their young son learning from and conversing with the leaders of the Temple. Remember that exchange?

After three days they found Him in the temple courts, sitting among the teachers, listening to them and asking them questions. Everyone who heard Him was amazed at His understanding and His answers. When His parents saw Him, they were astonished. His mother said to Him,

Son, why have You treated us like this? Your father and I have been anxiously searching for You. — Luke 2:46-48

They said that so much more delicately than I would have.

Three days feels like an eternity to be without your child — especially a twelve-year-old. I would be in hysterics at that point. And I might have come unglued at His response…

Again, not sure how well I would have handled that. I would definitely have taken some offense to my child insisting on being away from home. But I think it’s obvious that Jesus’ response had nothing to do with appeasing His stressed-out parents. It was a teaching moment. He said He had to be in His Father’s House. That tells me that being in the Father’s House, or in current vernacular, church, is important. Not just important—essential.

At twelve years of age, Jesus was already demonstrating godly priorities, which He continued to do, as stated in the next two verses.

Then He went down to Nazareth with them and was obedient to them. But His mother treasured all these things in her heart. And Jesus grew in wisdom and stature, and in favor with God and man. — Luke 2:51-52

These two verses are such beautiful representations of His humanity. He was a child who had to obey His parents. As He grew up (stature), He learned things (wisdom). In other words, He wasn’t born a super-baby. He was born to develop and grow just like the rest of us. While we don’t see any examples of Jesus in adolescence, there are certain indicators that He lived just like everybody else.

For example, we know that He was a carpenter. During the period of time in which He lived, most tradesmen began their training in childhood. I like to picture Joseph teaching his Son how to use a hammer or wield a blade. The King of Kings probably grew up with sawdust in His hair and blisters on His hands.

Also, the story of His disappearance to the temple indicates that Jesus was not afraid of people but sought them out at an early age. Later in life, we see His commitment to building solid relationships within His recruitment of and ministry with the twelve disciples. The favor He bestowed upon social outcasts — lepers, tax collectors, prostitutes — is indicative of His compassionate heart and embracing nature. He loved God and people and made an effort to be in positive relationship with both.

Whereas many of us in today’s world tend to compartmentalize our spiritual lives, professional lives, social lives, etc., we can see pretty clearly that that is not the example Jesus set. His lifestyle was such that, in the verses above, Luke aligns Jesus’ relationship with God and man within the same phrase. It’s a powerful example and compelling thought, particularly for those of us who do not have jobs in a traditional “ministry” or “Christian” organization or business.

Do you have different behaviors or guidelines when you’re not with a typical church crowd? Is your professional lifestyle a departure from the way you behave at a church event or service? If the answer is “yes,” you’re probably typical. And honestly, it may be difficult to judge which set of behaviors is better. You may be following some different rules while at a church event, but are you authentic? While you’re at work, you may feel more like yourself, but are your behaviors or interactions with other people ones that honor God?

It’s worth remembering that God doesn’t just see you when you’re at church. He’s omniscient and omnipresent, meaning He knows all and sees all.

That shouldn’t scare you. In fact, that should be a comfort to you. Nothing you do can shock or surprise God. If there is any place that you should feel completely safe with all of your scars and mistakes and anger and hurt and joy and celebration, it should be at His feet. He can handle it all, and NOTHING you can do will diminish His love for you.

Watch the Finding Your Voice Video

Don’t you wish you could have met the flesh-and-bone Jesus on the earth? I do! But, it’s important to remember that Jesus sent the Holy Spirit to dwell within His followers not to speak to us only occasionally when we happen to see Him at a banquet or a wedding, but all the time. Looking back on Jesus’ time in the wilderness, what do you most relate to right now? What test are you in that Jesus’ test can reflect upon? Come share with us on our blog. We want to hear from you! ~ Laurie McClure, Faith.Full