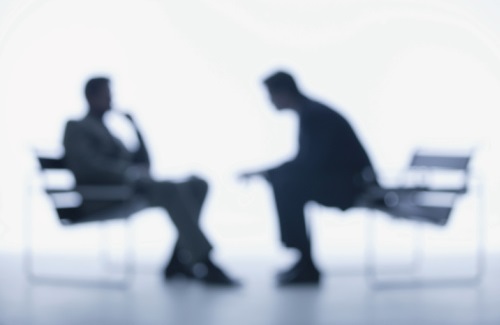 In those rare cases when the human laws of leadership and the scriptural demands of discipleship do collide, decide on the side of discipleship every time. Trust the promptings of the Holy Spirit, for they will help you at these deadly intersections.

Much of the published leadership literature these days has come from secular leaders in secular arenas. While we can learn a lot from people in business and athletics and government and the military and so on, we cannot forget that, ultimately, Christians — in whatever arena they lead — are trying to build God’s kingdom. From time to time, leadership lessons from the secular world do not translate well into the arena of kingdom building, and, as ministry leaders, we must remember that our operating values and our ultimate marching orders come from only one book — a book that is God breathed, Spirit inspired, perfect in its content, unchanging in its ability to transform lives.

When the demands of discipleship articulated in the Bible collide with human laws of leadership, read my lips: Defer to the Bible. Look to the Bible. Trust the Bible. And obey the Bible . . . every time.

Several years ago, I was asked to conduct an interview with an exceptionally bright, very capable young man who was being considered for a role on our staff. I was alerted by my colleagues, who had already met with this candidate, that he should pass the interview with flying colors. “He’s fantastic! And we really need him,” they explained. “Only ten minutes of your time is necessary for this one, Bill. Really, it’s only a formality . . . we just need your final sign-off.”

But five minutes into the interview, I felt trouble brewing in my spirit. I could see how smart and capable this person was, but I also saw a few red flags. In my opinion, he had an air of overconfidence that bordered on being prideful. I didn’t want the interview to get ugly, but the Holy Spirit kept whispering: Probe this, Bill. Push on it and see how he responds.

So I pushed. And once again, his response was very alarming to me.

Despite this young man’s obvious competence and talent, he was not at all open to my queries about pride. He refused to have a candid conversation about how he would behave in a structure of authority. He shut down when I tried to investigate his views on the differences between having independent strength versus contributing to the strength of a team. And from there, the interview became very difficult.

Now, the leadership laws would say: Look, he’s a young buck with some rough edges, but the guy’s potential is huge. Those rough edges will be ground off while he’s making great gains for the organization, so just hire him.

The teachings of Scripture, however, are quite clear on pride and its implications. First Peter 5:5 says, “God opposes the proud but shows favor to the humble.” Proverbs 16:18 notes, “Pride goes before destruction, a haughty spirit before a fall.”

These verses and others flooded my mind. The whispers of the Spirit seemed to be shouting in my ear: Take a pass on this guy. Leave the position open. Pray with the young man, wish him well, but don’t you dare hire him. No matter what the leader in me said to do, I knew I had to let this guy go elsewhere.

The candidate had terrific leadership potential, and I’m sure he could have catalyzed some very exciting activity around Willow Creek. But I couldn’t disobey the Spirit by hiring him. At that interview, my understanding of Scripture collided with the laws of leadership, and I simply had to land on the side of discipleship. I slept well that night. I knew I had done the right thing.

Even in secular arenas, there will be times when you need to follow the demands of discipleship rather than the laws of leadership. Just because you lead in a secular context does not mean that you, as a believer, don’t have the Spirit whispering wisdom into your mind and heart. At those times, friend, listen. And obey.

The interview experience I describe above has occurred numerous times for a COO of a large public company in the Midwest. A Christ-follower, he can’t always explain to his nonbelieving CEO and board members why certain candidates who are stellar on paper don’t pass muster with him. But after repeatedly ignoring the Spirit’s whispers and suffering the consequences, he now views every key interview as a spiritual act of worship. “Guide me, God,” he says quietly as he enters these situations. In his opinion, the Holy Spirit’s enablement is the only way he can preserve his personal values, protect the integrity of his staff culture, and execute his leadership role with credibility. I wholeheartedly agree.

I know of a property manager in Michigan, a believer who had nearly half a million dollars extorted from him last year. The culprit was his personal finance associate, also a professing Christ-follower. Talk about a dicey situation: the property manager’s attorney (not to mention his justice-seeking wife) advised him to consider a hefty lawsuit, but something in him wouldn’t allow it. “I kept getting the feeling God was up to something bigger than restoring my bank account,” he said.

He followed through on those promptings from the Spirit. In a move that stunned everyone involved, he refused legal action and committed himself to restoring the decades-long friendship with his former finance associate. He continues to trust God’s promise of provision to cover daily living expenses — expenses that never used to enter his mind.

Sounds crazy, right? This much I know: you can’t put a price tag on being obedient to the Holy Spirit’s promptings. Even when you are the only person who understands why you are doing what you’re doing, walk confidently along the path God paves for you.

Fellow leader, I’m challenging you to be a Christ-follower who really does seek God’s kingdom first. Be Jesus’ disciple in whatever arena you lead and conform yourself to his image in whatever situation you find yourself. Keep Christ first whenever the laws of leadership and the demands of discipleship collide.

Have you ever been in a position where you’ve had to decide between the conventional wisdom of the world and the guidance and wisdom from God’s Spirit? Leave your comments below. We’d love to hear from you. 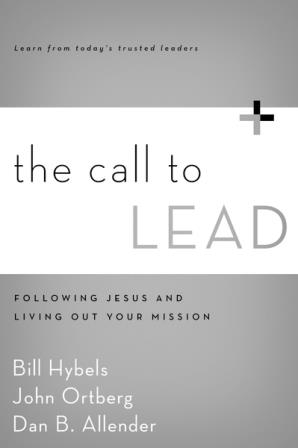