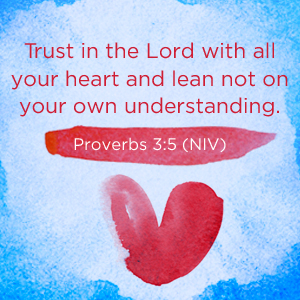 Today as I write it is Mother’s Day.

Barry and I usually attend the second of two services at our church each Sunday, but as I had been invited to lead worship today I was up bright and early. Well, actually, I was just up early. Barry was gracious enough to drive to our neighborhood Starbucks and return with a bucket of caffeine as I dried my hair and we got out the door in time. I discovered that one of the huge benefits of arriving very early for our large church is that you can park without needing a packed lunch to make it from where you parked back to the main sanctuary.

Our music pastor told me that before my part of the service several babies would be dedicated. Several must be a Baptist word for hordes. It was like watching a baby-a-thon. Each family came forward with their little one and would pause for a moment to have their picture taken with our pastor. Some of the babies seemed quite happy to be there, others were asleep, and one was clearly not enamored with whole process and had the lungs of a linebacker to express his feelings. It was quite a moving sight. One family had twin boys and another, girl triplets.

The entire congregation seemed to wrap them up in a communal smile.

I was wearing a bracelet that Christian had given me that morning with the word Mom spelled out over and over again in small silver letters linked together.

All in all, it was a lovely day for most of us, but I was very aware of a friend’s absence that morning. It is simply too painful for her to be at a Mother’s Day service. She is unable to have children of her own, and it is a wound that never closes.

Having her in my life has made me aware that the things that bring many of us joy are like salt in an open sore to others. In those tender, raw places we can lose our way – and our trust.

The Wound Behind the Words

A couple of years ago I had one of my most dramatic encounters with a woman in all my years of traveling. I had finished speaking in an arena on the West Coast and was now signing books. She ignored my book signing line and cut to the front, getting decidedly in my space. If she had been any closer to me, she would have been me.

She said, Why do you think we’re all interested in your precious little stories about your perfect little son?

“Trust me”, I said, “he is far from perfect, and if I gave that impression then I’m sorry. He’s just very loved.”

“Well, I for one am sick of hearing about him!” she continued. I could tell some of the women in my line were starting to get frustrated with her and were tossing in their own lines of support. I asked her if she wouldn’t mind waiting for a few moments and then we could talk. When I was finished signing, I took her with me to a place where we could get a little privacy. I asked her,

What happened to cause you this much pain?

For a moment I actually thought she was going to hit me. Then she just seemed to fold in on herself. Her story is not mine to tell, but suffice to say she has lost children in unbelievably tragic ways. All I could do was hold her and weep with her.

There are no words for that depth of pain.

To be unable to give birth to a child has always been a peculiar heartache that is only understood by those who have been there or are there now. The rest of us can have great sympathy, but we don’t really know how dark that night is.

In Old Testament times, inability to bear children was not only a heartache. It was a disgrace. To be unable to conceive was seen as a sign of God’s disapproval, and a woman’s worst nightmare.

How could one trust Him when feelings of such hope turn to pain and shame?

The Birth of Samson

There are so many stories in Scripture of those who had a wonderful beginning in God but lost their way, their hearts, and trust in the end.

Think of Lot. Once, he walked with Abraham but ended up drunk in a cave, committing incest with his daughters (Genesis 19). Lot’s loss turned to debauchery.

King Saul was the first king of Israel, a man the Spirit of God fell upon so profoundly that he was transformed. But Saul lost his ability to hear God’s voice and committed suicide (1 Samuel 31:4). Saul’s loss turned to despair.

In the New Testament, one of Paul’s helpers, Demas, began serving God with fervor. Then the cost of following Christ seemed too high. In 2 Timothy 4, Paul writes that Demas deserted him because he loved the world too much. Demas’s loss turned to isolation and separation.

In Judges 13:1, we read for the seventh time, Again the Israelites did evil in the eyes of the Lord. God’s chosen ones, too, had lost their way.

But God, being God, feeling the depth of pain for His lost children, longs to hold His people; He waits and weeps and even is willing to use enemies to remind them of who He is and whose they are.

So for forty years God allowed the Philistines to oppress the Israelites, the longest oppression of His children recorded thus far in those first books of the Bible.

A woman trusting in Him would change all that – she would bring hope to God’s people and deliver them from their enemies. She was a woman unable to conceive, who understood God’s dark night, but we don’t even know her name.

Judges 13:2 tells us her husband’s name was Manoah; she is only referred to as a sterile woman. There is something so sad about referring to her in that way, as if that was all you needed to know about her.

We do know she was chosen by God, who sent a messenger, an angel, to tell her:

Manoah’s wife accepts the news. She trusts in the message from God, and she runs to tell her husband. Imagine her joy: a baby! A son! A deliverer for all her people! But Manoah was overwhelmed by the very specific instructions: Hair never to be cut. Nazirite vows – and vows not just for a season and chosen on his own volition, as for most Nazirites, but for life, from first breath to last, from cradle to grave.

Certainly the strict regulations of the Nazirites, found in Numbers 6:1–21, would give anyone pause. Manoah, then, does what most of us do when faced with something startling. He wonders how and why and what. He worries.

He doesn’t think of what God does. He’s concerned instead with the three main commitments of a Nazirite, how difficult they will be to sustain over a lifetime:

So Manoah is dubious, doubting, wanting to check out what his wife says she’s heard from God. He’s stewing and figuring, fretting and fidgeting. Manoah prays in his doubt for God to send the messenger again – he wants to check out the instructions for himself.

Again he sends an angel, again to Manoah’s wife, this time when she’s sitting alone in a field. Again, she runs to tell her husband, who must see the messenger for himself. Manoah peppers the stranger with questions: Are you the man who spoke to my wife (Judges 13:11)? If this comes to pass, what will become of my boy, what will he do (Judges 13:12)? Can you stay – we’ll grill some goat (Judges 13:15)?

Manoah’s thinking this encounter requires more than a conversation. He’s thinking, Maybe if this messenger lingers, I can get to the bottom of all this.

The angel is not fooled. He knows Manoah’s wife trusts God’s message.

Manoah, still not quite sure (Judges 13:17), prepares the sacrifice. He asks the messenger his name. The angel tells Manoah his name is too wonderful to even utter. Glimmers of splendor begin to sparkle. Fires of trust start to flicker.

Manoah turns his attention to God; and when he sets the goat on the fire, offering a sacrifice to the one who sent good news, the angel ascends into the flame. It is a wonder, full of glory. Manoah sees the miracle and begins to believe. He and his wife fall to the ground (Judges 13:20).

Trust can do that to a person, she knows. She is on the ground with him.

After there’s nothing else you can do – when you finally accept that stewing and supposing and worrying don’t lead to answers; when your heart faints and you are afraid of that dark night, and you can’t figure it all out on your own, and everything seems to be going up in smoke – trust kicks in and knocks you to your knees.

But the woman reminds her husband: as much as trusting can stun you or hurt, it doesn’t kill you. For she has a promise – a son – and she isn’t sure how this all will come to be, but she is willing to walk in trust a little longer.

So we see the woman of Judges 13 trusting. It’s like God’s promise is an irresistible tractor beam that has reached into her dark night of the soul and is drawing her to Him. She gets up. So does Manoah. They begin this journey together. She gives birth to Samson, and she and Manoah raise him according to the Nazirite vows. Samson grows, and God blesses him (Judges 13:24).

Do you look at Samson’s story and think, What a great start?

Indeed, Samson seems to get all the breaks: green lights, clear road conditions, free parking, happy trails. His journey begins with an angel of the Lord predicting his birth. He has godly parents who love him. His life is dedicated to God’s service. As a young man he experiences the power of God’s Spirit. But beginnings aren’t everything. Trust isn’t a destination. Poets and preachers through the ages have reminded us that trust is simply the pathway to something greater – to God himself.

“I have fought the good fight,” the apostle Paul proclaimed, “I have finished the race, I have kept the faith” (2 Timothy 4:7).

God knows, trust is a rocky road that will take even those with great beginnings through the dark.

Watch This Video On Trust by Sheila Walsh

Have you had to battle through after having your hope turn to pain and shame? Have you experienced the pull of the world when disappointments have come? Are you walking through the dark right now? If you’ve been through that kind of suffering, are there those around you who need your encouragement and help through their pain? Come join the conversation on our blog! We would love to hear from you! ~ Devotionals Daily 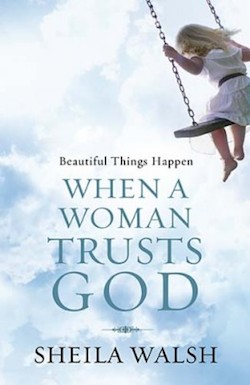