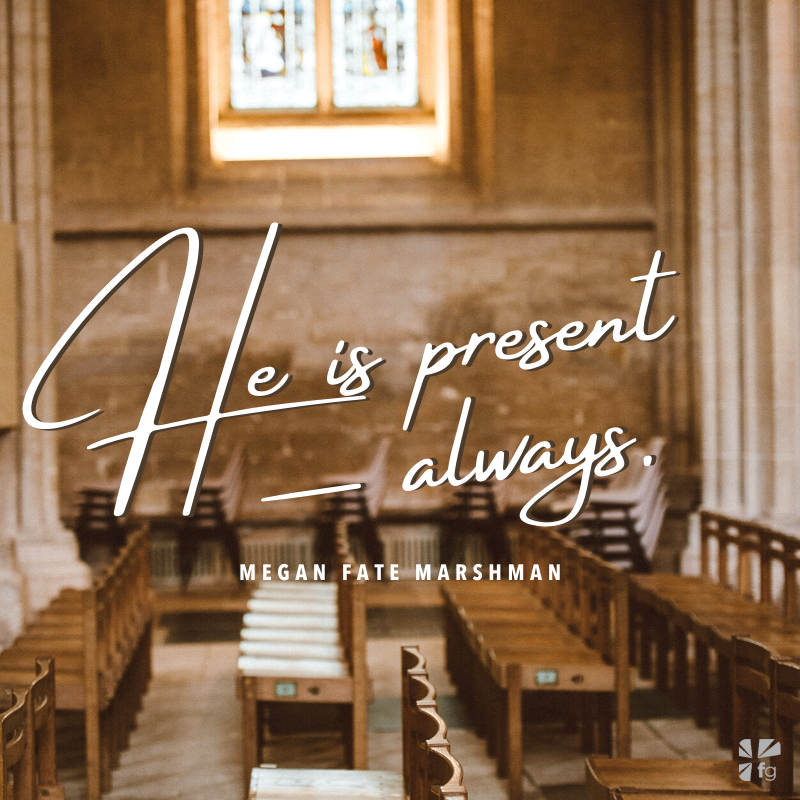 For I know the plans I have for you,” declares the Lord, “plans to prosper you and not to harm you, plans to give you hope and a future. — Jeremiah 29:11

Jeremiah can discern the voice of God. Can you?

Wouldn’t it be easier to hear from Jesus if He was still walking among us? I thought so too, so I spent every Tuesday with Him for six months.

If you’re imagining me arm-in-arm with that white-robed, blue-sashed Sunday school Jesus, that’s not quite it. I was in college, and my conversations with Jesus sometimes felt abstract and distant. So, over a cup of coffee, my friend Jessica and I decided to do something crazy. We decided to make it easier to hear from Jesus, in a self-styled experiment we called Tuesdays with Jesus.1

Every Tuesday, we pretended Jesus was physically with us. We imagined Him walking beside us, sharing a meal with us, or riding in the passenger seat. He went to class with us and to work with us; He watched whatever we watched and heard everything we said. Jessica and I met each week on Tuesday for coffee, with Jesus, of course, and shared stories about our time with Him.

I can still remember my first Tuesday with Jesus. I woke up, bright and early, and there He was in my desk chair.

“Well, hello!” I greeted Him, laughing to myself.

I felt surprised by my own confidence as I walked to my car and opened the passenger door. Because, Jesus. I took those few extra seconds to hold open His door to remind Him (and me) that I remembered. I buckled my seatbelt, grabbed my iPod (remember those?), and played a worship song, smiling in His direction, with a slow-motion point and a wink and a “This one’s for You.”

We drove to the coffee shop to meet Jessica. She had ordered one coffee for herself, one for me… and a third one. I pointed. We laughed.

“You seriously paid for that?” I playfully asked. “Shhhhhhhhh… He can hear you,” she whispered.

At one point in our conversation she flipped around her MacBook and we took pictures with Him to document our first day.

I didn’t feel alone on Tuesdays. I put creative energy into my relationship with Jesus on Tuesdays. I talked about Jesus a lot on Tuesdays. I had to. My friends didn’t find it amusing, but I had to explain why they had to sit in the back seat: “Jesus called shotgun.”

I developed a new, literal meaning to the phrase “Introducing Jesus to people for the very first time.” I realized that leaving Him out of my interactions was like having a person — a real, living person — standing next to me, unacknowledged.

Once, Jessica made a bed for Jesus at 1 a.m. only to wake up two hours later feeling guilty for not giving Him her bed. She slept on the ground that night. Often, I’d hold open the door for Him, and someone just far enough away thought it was for them and began to walk quicker. Most of the time I’d hold the door open for that hustling someone, but not always. Don’t judge me. I’m not Jesus. I just hung out with Him… on Tuesdays.

I listened to different music on those Tuesdays. I spoke about Him boldly and even introduced people to Him for the very first time on Tuesdays. I asked for forgiveness and quite often reminded myself that He forgave me and then murmured to myself, “That’s so like Him.”

But here’s the reality: Jesus is kind of a strange party guest. It was true in all of the Gospel narratives,2 and it’s true now too. Once, I pulled up a chair for Jesus when I was having a friend over for dinner. I told her who the chair was for, and she looked at me like I had a third eye. The shotgun joke got old quickly, and friends would just roll their eyes and sit down in the front seat of my car. I knew the experiment was pushing me, when, sometime in the middle of the fourth month, I thought to myself, Tuesday again? That means so much explaining.

And then one Tuesday, I accidentally left Jesus at home.

I was at the gas station, staring off into the distance while the tank filled. The thought flitted across my mind, “It’s Tuesday…” and I remembered that I hadn’t asked Jesus to come with me. The realization washed over me. Leaving Jesus in the armchair in my living room was more of a common occurrence in the rest of my week than I’d like to admit. I left Jesus at home and just about everywhere else. Sometimes I left Him in the pews at church or at a Starbucks table, or in the prayer at dinner time. I acknowledged Him where I expected to see Him… and where other people expected me to see Him. Did He belong at a gas station on a Tuesday morning? He would have gone anywhere with me, even the places He didn’t seem to fit. I just didn’t invite Him.

Tuesdays reminded me that I needed to take Jesus with me everywhere.

Those Tuesdays with Jesus transformed me. Not only did I develop a habit of talking about Jesus, I became more confident talking with Him. What was most surprising was when I became more confident in my ability to listen to Him. What did He say, you ask? Well, turns out, Jesus has no tolerance for those negative thought spirals. I’d start dogging on myself for something, like being late for a meeting or distracted with my family, and He’d say, “Megan, you have a choice. You can either continue feeling guilty or be grateful for awareness.” Truth is, He wasn’t very sentimental about it. Or in the aftermath of a mistake, I’d consider His character and imagine Him saying something like: “You’re not perfect, but you’re Mine!”

The conversations went a lot like this: He’d remind me that I belonged to Him. Again and again, He affirmed my identity as His. And then He’d point me toward someone else who needed to know it too. Pretending to see Him next to me changed the way I heard from Him.

In my new awareness of His presence, I could discern His nudges. I could sense His elbows jabbing my side, making me less aware of myself and more aware of the people who needed to meet Him for the first time or needed to be reminded that He was with us. There were plenty of times when I wanted to ignore Him, and, honestly, many times when I did. But I’d look over at Him after the moment of obedience had passed, and realize that He had more chances for me, continually offering opportunities to step into His plans. Slowly but surely, I became aware of the fact that Jesus not only wants to speak, He wants to speak into every area of our lives. He wants a say in how we act, share coffee conversations, sometimes even dictate what or whom we listen to as we drive.

Tuesdays with Jesus reminded me that He is present — always. And His presence prompted me to listen.

What a fantastic idea! How would you like to invite Jesus to join you on Tuesdays? How would your plans change? What would your family and friends think? How would it change the way you perceived Him? Come share your thoughts on our blog. We want to hear from you! ~ Devotionals Daily