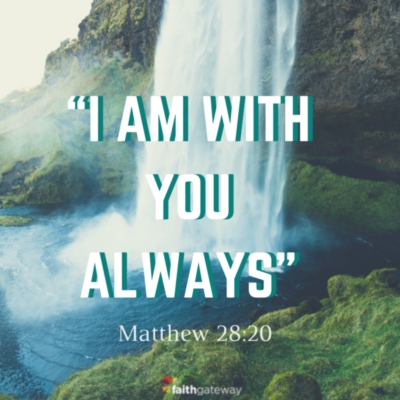 Peter and the other disciples were huddled together behind a door bolted hard against their fear. He wondered whether the religious leaders who had crucified Jesus two days earlier might soon be coming for him. But instead of the terror and despair that had filled him for the last two days, Peter felt a growing sense of calm. He couldn’t keep the words of his beloved Rabbi from flooding his mind:

Peace I leave with you; my peace I give you… Do not let your hearts be troubled and do not be afraid.

Why, Peter wondered, did his Teacher speak of peace on the most disastrous night of His life? And what about His counsel to the crowd:

Blessed are the peacemakers, for they will be called children of God?

Now everyone could see exactly what becomes of peacemakers.

Yet Peter had been at the tomb that morning. He had seen the strips of linen lying on the ground. He had encountered the risen Lord. Now men had just come from Emmaus claiming they, too, had met the Lord. The place was buzzing with the news when he noted a sudden change in atmosphere. A new energy had entered the room. Turning to look, he saw Jesus, standing there, a smile lighting his face. He seemed so calm, as though greeting His friends after returning from a trip to the marketplace. “Peace be with you,” the Lord said. Then He held out His hands, inviting Peter and the other disciples to examine His wounds. They just stared at Him. Finally, He asked for some food. Watching Him eat that piece of broiled fish filled Peter with wonder.

Then Jesus said it again: “Peace be with you! As the Father has sent me, so I am sending you.”

When it comes to finding the peace God promises, there’s a catch. The peace we discover is not ours to keep and hoard. Each of us is called to share God’s peace with others, just as Christ has shared it with us. But the price is high. And why shouldn’t it be? True peace upends the status quo. It threatens the equilibrium of our dysfunctional world. It engages principalities and powers that are mortally opposed to the gospel of peace. To be a peacemaker is perhaps the most thankless, difficult task in the world.

Consider Peter. Tradition says he was crucified upside down, dying in Rome.

Paul is thought to have been martyred at about the same time. Tradition indicates that he was beheaded in Rome.

James the son of Zebedee was murdered by Herod Agrippa about eleven years after the death of Christ. This is recorded in Acts 12.

James the son of Alpheus was thrown from the temple, stoned, and then beaten on the head with a club.

In all, it is believed that eight of the twelve disciples were martyred.

The peace Christ won for us and the peace we share with others is costly. Primarily it consists of spreading the gospel.

The good news of Jesus Christ transforms the world one person at a time. Though few of us may endure martyrdom, we are all called to trust Christ and follow Him wherever He leads. How do we become the peacemakers Christ spoke of? How do we carry His peace into our everyday lives, extending it to others?

The best way is simply by letting the Spirit of Christ indwell us. We do that by opening ourselves to God in prayer and by becoming obedient. Though we may not always feel the presence of the Spirit, we can be assured that God has not abandoned us. If we’ve already taken the giant step of believing that Jesus is God and that He died and rose again, it would be foolish not to take the smaller step of believing that He said what He meant when He told His disciples:

Remember the scene in the Gospels in which Jesus lies sleeping in the stern of the boat while His disciples anxiously battle a furious storm? “Teacher, don’t you care if we drown?” they screamed (Mark 4:38). But instead of sharing their panic, Jesus simply woke up, rebuked the wind and the waves, and then turned to his disciples with a curious look and a pointed question: What on earth has become of your faith?

Like these frightened men, our own faith can be battered by every thrust of wind and wave. Where is God? Is He asleep? Preoccupied? Doesn’t He care about us? To all these questions and more the answer, of course, is that God is still with us. He is still in the boat.

Excerpted with permission from The Peace God Promises by Ann Spangler, copyright Zondervan.

Is your faith battered today from storms you didn’t expect? Are you wondering where Jesus is? What if today we remembered that He is with us, present, caring, in control, and decided to share His peace with others around us? Come join the conversation on our blog. We would love to hear from you about the turbulent peace God promises! ~ Devotionals Daily