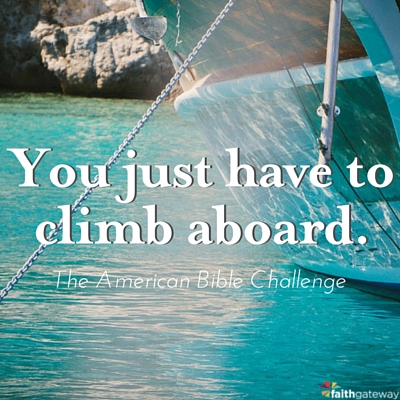 Kids Sayeth the Cutest Things — Moses in the Basket

With the Israelite population getting out of control, the Egyptians decided to exercise post-birth population control by drowning the baby boys in the Nile but allowing the little girls to live. Horrible, right? God didn’t like it either. So when Moses’ mom could not hide him any longer, she put him in a papyrus basket and sent him down the Nile. The word for this basket in Hebrew is tebah, and it’s the same word used for “ark,” as in Noah’s ark.

Moses’ ark saved the man who would lead a nation to safety after God’s judgment on Egypt.

Both arks are about salvation, saving those God loves. They were life preservers for everyone on board, leading the world to the ultimate ark, the cross.

The cross is for those today who are sinking in a sea of sin. Hold on — it’ll get you through to the other side, where life everlasting awaits you.

God always sends an ark to save you from drowning. You just have to climb aboard.

What Do You Noah About the Ark?

If God came to you and asked you to do something, what excuse would you give Him?

When God asks us to do something it’s never at a good time. Why? Because it’s his time, not ours. He sees the big picture. We see only our pictures. God knows the forecasts for centuries to come. We see only the clouds today.

When God asked Noah to build an ark, Noah had plenty of reasons to say no:

Noah did everything just as God commanded him. — Genesis 6:22

If Noah hadn’t obeyed, he’d have sunk — literally — and so would we. All of humanity would be drowned in that sea. Thankfully Noah said yes to God’s impossible request, and mankind survived.

So what’s your reason for saying no to God? Whatever it is, it won’t hold water for very long.

Aren’t you glad Noah obeyed God? And that Jochebed obeyed God? Imagine how different our world would be had they not? What is God asking you to do today that you maybe don’t want to do or have a bunch of excuses for? Are those excuses holding water? Come join the conversation on our blog! We want to hear from you! ~ Devotionals Daily