When asked, “Where is Heaven?” Billy Graham wisely replied, “Heaven is where Jesus Christ is, and I’m going to Him soon.”

The greatest promise ever given to the human race came from the lips of our Redeemer when Jesus said, “Let not your heart be troubled; you believe in God, believe also in Me…I go to prepare a place for you…I will come again and receive you to Myself; that where I am, there you may be also” (John 14:1–3). Just after his ninety–fifth birthday, Mr. Graham proclaimed with resolve, “When I die, tell others that I’ve gone to my Lord and Savior Jesus Christ—that’s where I am.”

The following is an excerpt from Billy Graham’s final book, Where I Am, published in 2015. 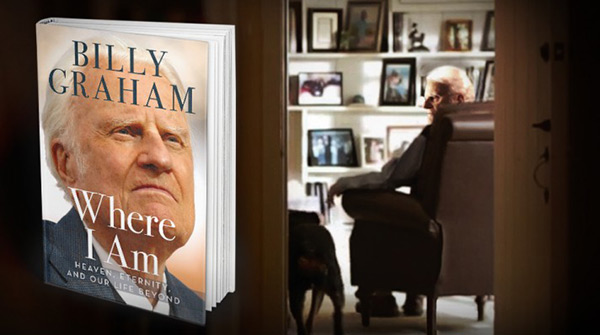 Most people accept that Heaven is real, according to a Fox News poll (1). Many — religious and nonreligious — believe they will go there because God is a God of love.

Many of these same people, however, reject that Hell is real. Yet they reserve Hell as a very real place for people who have perpetrated some of the most hideous crimes in history and have absolutely no remorse in wanting some of the most infamous criminals to “go to Hell.”

What does it reveal about people’s hearts when they want someone condemned to Hell? They are obviously judging that person’s actions against their own merit. They believe they are good enough to pass judgment on another person, but they accuse God — who is holy — of condemning people to this foreboding place.

“Please… write on anything but Hell!” This comes from bloggers in cyberspace who claim to be Christians. Responding to those who are sounding the warning about Hell, they write, “This makes Christians look like they serve a God filled with anger and wrath.”

The Bible clearly states of those who do not believe what it says, Satan has blinded their eyes and muted their hearing (2 Corinthians 4:3-5). Meanwhile, these non-believers brag and make light of the fact that they look forward to going to Hell, where they will enjoy their works of evil without the righteousness of God hovering over them.

The reality is that none of us will ever escape the righteousness of God. The psalmist wrote: 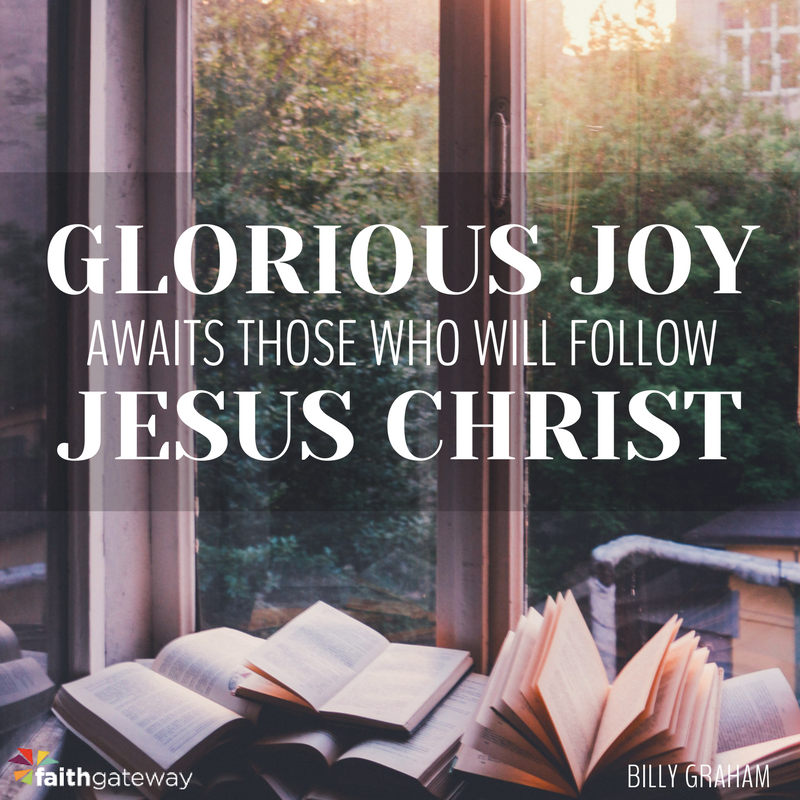 While we cannot escape the righteous judgment of God, it is also true that God, in His mercy and grace, wants to impart His righteousness through salvation to all people.

Yet there are those who refuse such a gift.

So why do people want to close their eyes to the idea of Hell when the world is talking, blogging, and writing about a literal place that intrigues and inflames such passion? Hell is not an idea, a figment of the imagination, or the setting for a horror movie. It is the hideous reality that awaits those who refuse to let God come into their lives and make them new creations, filled with His forgiveness and love.

Please hear this truth: you will not escape God’s righteousness by going to Hell.

Consider this: Multitudes do not flinch when they condemn to Hell people such as Saudi Arabia’s Osama bin Laden, Germany’s Adolf Hitler, or Cambodia’s Pol Pot; or notorious Americans, such as Jeffrey Dahmer or Ted Bundy. Their accusers do not hesitate to suggest that certain people who have “stepped over the line” of what they consider evil will land in Hell when life on earth is over. In the next breath, however, many will say, “I do not believe that God would send good people to Hell.”

Herein lies the problem — we see ourselves as good and refuse to see that we, too, harbor wickedness within. As the Bible says,

The heart is deceitful above all things, And desperately wicked; Who can know it? — Jeremiah 17:9

From within, out of the heart of men, proceed evil thoughts, adulteries, fornications, murders, thefts, covetousness, wicked- ness, deceit, lewdness, an evil eye, blasphemy, pride, foolishness. All these evil things come from within and defile a man. — Mark 7:21-23

You see, God does not play favorites. The sin of pride is in the same sentence as the sin of murder.

Where do you fit in? Are you like the rich young ruler who declared to Jesus that he had lived a perfect life? Or perhaps you feel only certain sins merit Hell. It does not really matter how we think of it; the truth of the Bible is what matters. And God’s Word proclaims that all people are sinners. God — not man — has set the standard, and we all fall short.

The bloggers I mentioned earlier stated emphatically that no murderer should go to Heaven. The Bible says,

The Son of Man must be delivered into the hands of sinful [people], and be crucified, and the third day rise again. — Luke 24:7

Who are these sinful people? You and me. Our sins nailed Jesus Christ to the cross, and we have His blood on our hands. But God wants the blood of His Son to cover the sin in our hearts. This is why He came. Jesus looked down on mankind and said,

“I love you with an everlasting love; repent of your sin and follow Me that where I am going you may also go.”

Many people teach today that the blood of Jesus covers all sin, regardless of whether the sinner repents or not. This is Satan’s great lie. Some believe they will automatically walk into Heaven when this earthly life is over because God is love. That would negate the sacrifice Jesus made on the cross. Don’t be deceived, for God is not mocked. God is also a God of justice and righteousness.

He is not preparing a place in Heaven for unrepentant sinners.

While we have contributed nothing to God’s free gift of salvation, there is a condition to possessing it — we must confess our sin, turn from it, and receive Christ on His terms.

This truth is repulsive to many. The pride that flaunts our self-proclaimed innocence is the very evidence of our guilt. Continuing in rebellion against God, whether the sin be pride or murder, will send souls to Hell. Then there will be no turning back, no second chances. There is no afterthought in the afterlife. Today is the time to decide where you will live forever — either Heaven or Hell. This may very well be an unpopular teaching, but popularity polls do not determine destiny for anyone.

What will be your eternal destination after this earthly life is over for you? Are you going to Heaven — or to Hell? This is the most important question you will ever face.

I pray you will answer it honestly and that you will know the reason behind it. If you say that you will go to Heaven because you are good, the Bible says,

So if no one is good and Heaven is filled with only the righteous, who will be there? The answer is found in salvation — for God desires that all people be saved. Those who repent of sin against God, receive His forgiveness, and live in obedience to Him, God sees through the righteousness of His Son, the Lord Jesus Christ, who is preparing a place in Heaven for those who belong to Him. This is the goodness of Heaven.

The doom of Hell was not intended for human beings. God created us for fellowship with Him, though many have turned their backs on Him. Hell was created for the devil and his demons, and Satan wants to take the world with him into this diabolical place.

Don’t think for one minute that Hell will be the “hottest” happy hour of all. [tweet this]

The world wonders about Hell every day. It is one of the most daunting and repeated topics seen in art, read in literature, debated among educators, and heard in music.

One blog took on the subject of Heaven and Hell. As people weighed in, the discussion became a vicious cycle. Finally one commenter frantically typed in, “Could someone please explain how to avoid Hell?”

Another asked, “How do you spell Hell?”
The flippant reply was, “Hoping Evil Lives Long.”
But the Bible spells it this way: Hopelessly Everlasting, Literally Loveless.

You may be thinking, Billy, surely you do not believe all of this Hellfire and brimstone! My dear friends, it is not what I say that counts; it is what the Word of God says. Jesus spoke more about Hell than Heaven. Why? Because of His great compassion for souls. He gave His life to spare you the agony, torment, and gruesome reality that Hell is reserved for those who reject Christ.

I can tell you this: not one word about Hell in the Bible would ever make you want to go there. And no one who understands the peace of Heaven would ever want to end up anywhere else. As Scripture puts it,

The world is talking about eternity. It is high time that the true church of Jesus Christ declares to the world the promises God gives in His Word on how to get to Heaven and how to avoid Hell.

The alternative to Hell is the glorious joy that awaits those who will follow Jesus Christ [tweet this], the Savior of the world, to His heavenly home.

Excerpted with permission from Where I Am by Billy Graham, copyright Thomas Nelson.

What did Mr. Graham mean to you? We invite you to share your stories and remembrances or express your condolences to the family. Please visit the Billy Graham memorial website at https://memorial.billygraham.org/