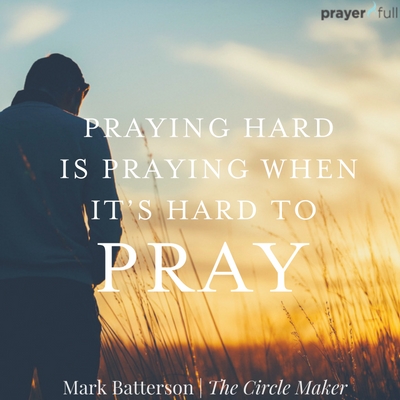 For much of my life, basketball was my life. When I graduated from high school, I went to the University of Chicago on a full-ride scholarship and earned a starting position on the basketball team by the end of my freshman year. Then I transferred to Central Bible College, where I earned first-team all-American honors my senior season. Of course, it was the NCCAA, not the NCAA; the extra C stands for Christian.

I was our leading scorer, averaging 21.3 points per game, and we were favorites to win the national championship, the NCCAA championship.

I was having my best season ever, and I wasn’t just playing well; I was playing for God. I wanted to win a national championship because I thought it would be a great way to glorify God, but that dream died with one cut to the basket when my right knee buckled. Two weeks before the national tournament, my basketball career came to a painful end with a torn anterior cruciate ligament.

To be honest, the spiritual pain was worse than the physical pain. At first, I was angry.

God, I was playing for you. How could you let this happen?

Eventually, my anger turned to mourning, and then my mourning turned to begging. I remember weeping in prayer and begging God to heal my knee. I knew He could do it, but for reasons unknown to me, He chose not to. I was relegated to cheering for my teammates as we lost in the semifinals. In the grand scheme of things, I realize that a game is a game, but it was a bitter disappointment. And I still don’t know why.

The hardest thing about praying hard is enduring unanswered prayers. If you don’t guard your heart, unresolved anger toward God can undermine faith. Sometimes your only option is trust because it is the last card in your hand, but it’s the wild card. If you can trust God when the answer is no, you’re likely to give Him praise when the answer is yes. You need to press in and press on.

By definition, praying hard is praying when it’s hard to pray. [tweet this]

And it’s the hard times that teach us to pray hard. But if you keep praying through, the peace that transcends understanding will guard your heart and your mind.

So sometimes the answer to our prayers is no and you’ll never understand why. But here’s some good news:

What we perceive as unanswered prayers are often the greatest answers. [tweet this]

During our first two years of church planting, our church office was in the spare bedroom in our home. It was an awfully convenient commute, but it eventually became a huge inconvenience when our daughter, Summer, was born. Our spare bedroom turned into her bedroom by night and my office by day. I would set up her porta-crib at night and tear it down in the morning. That got real old real fast, so we started looking for office space.

After a few months of searching, I finally found a row house in the 400 block of F Street NE that we could convert into offices. It was perfectly situated halfway between our home and Union Station, and it had the ideal floor plan. We prayed that God would give us that contract, but when we presented the offer the next morning, we discovered that someone beat us to the punch the night before. It felt like a sucker punch that knocks the wind out of you. I was sure that this row house was the answer we were looking for, so it was both confusing and frustrating.

It took a few days to recuperate from that disappointment, but we resumed our search. A few weeks later, we found a row home in the 600 block of 3rd Street NE, just two blocks from Union Station. It was even more perfect than the previous place, so we prayed even harder. Once again, when we presented the offer the next morning, we discovered that someone got in ahead of us the night before. It felt like a second sucker punch that knocked the faith out of us.

After two bitter disappointments, I threw my arms up in the air. It was one of those “What’s going on, God?” moments. Not only was God not answering our prayers; it felt like He was opposing our efforts. It felt like God was actually getting in the way.

And I’m glad He was.

Two weeks later, after those two unanswered prayers, I was walking home from Union Station. As I passed by 205 F Street, the Holy Spirit jogged my memory, and a name surfaced out of the deep recesses of my long-term memory. I had met the owner a year before, but I’m not very good at remembering names. I honestly wondered if it really was Robert Thomas. But one way or another, I felt prompted to call him.

There was no For Sale sign on the property, but I knew I needed to obey that prayer prompting, so I looked up his name in the Yellow Pages and found several listings for Robert Thomas. I made an educated guess and dialed the number. When he answered, I said, “Hi, this is Mark Batterson. I don’t know if you remember me, but — ” He didn’t even let me finish my sentence. He interrupted me. “I was just thinking about you. I’m thinking about selling 205 F Street, and I wanted to know if you want to buy it before I put it on the market.”

That row home became our first office, but even more significant than its function was its location. 205 F Street abuts 201 F Street. We started laying hands on those abutting walls and asking God to give us the old crack house next door. I refused to believe that it was coincidental.

I chose to believe it was providential. And it was.

If God had answered our prayers for the row homes in the 400 Block of F or 600 Block of 3rd, He would have given us second or third best. I was frustrated and confused because they seemed like good options, but they weren’t the best option. And God doesn’t settle for what is good. In His providence, God knew that we needed 205 F Street if we were going to eventually get 201 F Street. Because of construction and zoning complications, it would have been impossible for us to build our coffeehouse at 201 F if we hadn’t owned 205 F.

Our heavenly Father is far too wise and loves us far too much to give us everything we ask for. [tweet this]

Someday we’ll thank God for the prayers He didn’t answer as much or more than the ones He did. Our frustration will turn to celebration if we patiently and persistently pray through. It may not make sense for a few years. In fact, it may never make sense on this side of eternity.

But I’ve learned a valuable lesson about unanswered prayer:

Sometimes God gets in the way to show us the way. [tweet this]

Excerpted with permission from The Circle Maker by Mark Batterson, copyright Zondervan.

Looking back, what prayers have you prayed that you are so glad God didn’t answer with a yes? With the benefit of hindsight, how did the Lord save you, protect you, provide for you, or grow you up by saying no? Come join the conversation on our blog! We want to hear from you! ~ Devotionals Daily