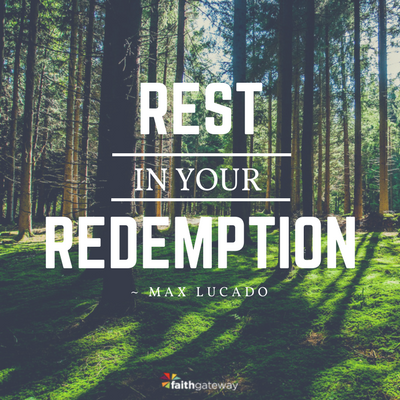 Jimmy Wayne never knew his father. His mom spent more time in prison than out. When he was twelve years old, she was released from jail and took up with a troublemaker. They loaded Jimmy into the backseat of the Olds Delta 88, and for a year the car was his home. “It had bench seats and smelled like body odor,” remembers Jimmy. They drove from city to city, avoiding the police.

After miles of drifting they dumped Jimmy in the parking lot of a Pensacola, Florida, bus station and drove off. He was thirteen years old. He had no home. No future. No provision. One day while wandering through a neighborhood, he spotted an older man who was at work in a garage wood shop.

He approached the elderly gentleman and asked if the man had any work. The carpenter sized up the boy, assessed him to be home-less, and decided to give him a chance. The man introduced himself as Russell. He called for his wife, Bea, to come to the garage. They showed Jimmy the lawn mower and how to operate it.

For several weeks Jimmy cut the couple’s grass and survived on the twenty dollars they paid him each week. After some time Bea asked Jimmy where he lived. At first he lied, afraid she wouldn’t let a homeless boy work. But finally she convinced him to tell her the truth. When he did, the couple took him in.

They gave him his own bedroom, bathroom, and place at the dinner table. The home was like heaven to Jimmy. He took a hot bath and ate hot meals. He even sat with the family in the living room and watched television in the evening. Still, in spite of their kindness, Jimmy refused to unpack his bag. He’d been turned away so many times that he’d learned to be wary. For four days his plastic bag sat on the floor, full of clothes, ready to be snatched up when Bea and Russell changed their minds.

Russell eventually convinced Jimmy to unpack and move in. It took several days, a dozen or so meals, and more than one heart-to- heart conversation. But Russell persuaded Jimmy to trust them to care for him.1

Our Father is still working to convince us.

Maybe you question your place in God’s family. You fear His impending rejection. You wrestle with doubt-laced questions: Am I really in God’s family? What if God changes His mind? Reverses His acceptance? Lord knows, He has reason to do so. We press forward only to fall back. We renew our resolve only to stumble again.

We wonder, Will God turn me out?

Boyfriends do. Employers do. Coaches kick players off the team. Teachers expel students from school. Parents give birth to children and abandon them at bus stations. How do we know God won’t do the same? What if he changes His mind about us? After all, He is holy and pure, and we are anything but. Is it safe to unpack our bags?

God answered this question at the Cross. When Jesus died, the heavenly vote was forever cast in your favor and mine. He declared for all to hear, “This child is my child. My covenant will never change.”

Promised Land people believe this. They trust God’s hold on them more than their hold on God. They place their trust in the finished work of Christ. They deeply believe that they are “delivered… from the power of darkness and conveyed… into the kingdom of the Son” (Colossians 1:13). They know that Jesus was serious when He said,

[My children] shall never perish; no one will snatch them out of My hand. — John 10:28 NIV
They point to Calvary as prima facie evidence of God’s commitment to them.
* * *
For Joshua’s people, assurance came as they stood on dry land looking back at the Jordan.


For us, assurance comes as we stand on the finished work of Christ and look back at the cross.

The river we could not cross? Jesus crossed it. The tide we could not face? He faced it. For us. All of us! The young, the old. The courageous, the timid. Our deliverance is complete.

Like the Hebrews we have been dramatically delivered. But are we deeply convinced? Remember, the Hebrews could have entered Canaan four decades earlier. The prior generation had experienced a miracle every bit as grand. They had crossed the Red Sea (Exodus 14:21-22). Both crossings involved large bodies of water and passage over dry ground. The difference between the first crossing and the second? Joshua’s generation paid attention. The Jordan River crossing convinced them that God was with them.

Let the cross convince you. Be settled about God’s faithfulness.

In one of the psalms the writer described a person of faith with these words:

He is settled in his mind that Jehovah will take care of him. — Psalm 112:7 TLB

Life has many unanswered questions, but God’s ability to save needn’t be one of them. Let this issue be settled once and for all.

Look at you. There is no mud on your sandals, no water on your robe. There is no sin on your record, no guilt attached to your name. Let there be no doubt in your heart. If God “did not spare His own Son but gave Him for us all,” will He not also give you all you need for a Promised Land life (Romans 8:32 NCV)?

Join the chorus of the confident and declare,

I am convinced that nothing can ever separate us from God’s love… Indeed, nothing in all creation will ever be able to separate us from the love of God that is revealed in Christ Jesus our Lord. — Romans 8:38-39 NLT

Rest in your redemption. The past is past. The future is bright. God’s Word is sure. His work is finished. You are a covenant partner with God, a full-fledged member of His Promised Land development program.

The Jordan is behind you.  Canaan is before you.  A new season awaits you.  Jimmy Wayne found a new season. He took his place in the family. He went on to get an education. He found a career as a country music singer and songwriter.

His best days began when he unpacked his bags. Yours will too.

1. From a conversation with Jimmy Wayne and used by permission. For a full account see Jimmy Wayne with Ken Abraham, Walk to Beautiful: The Power of Love and a Homeless Kid Who Found the Way (Nashville: W Publishing, 2014).

Have you unpacked your bags with God? Do you feel secure that He is never going to abandon you, never forsake you, never forget you? That He has a new season ahead of you? Come share with us on our blog! We want to hear your thoughts! ~ Devotionals Daily 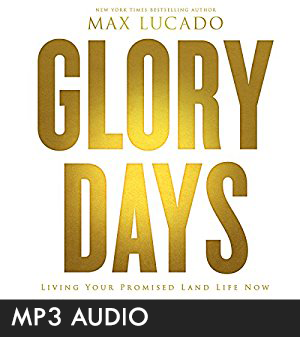