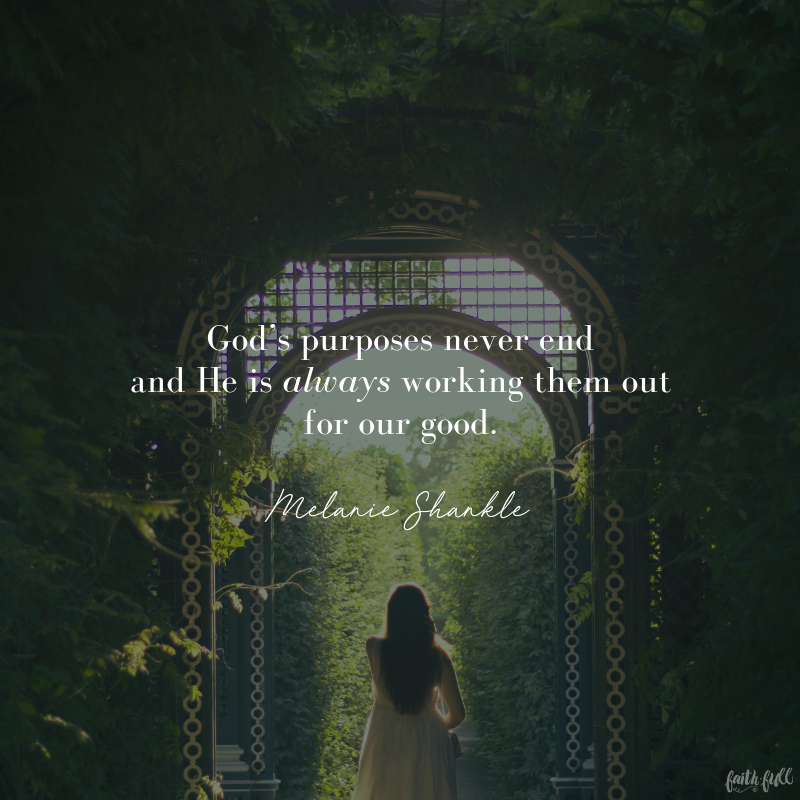 Be patient, therefore, brothers, until the coming of the Lord. See how the farmer waits for the precious fruit of the earth, being patient about it, until it receives the early and the late rains. You also, be patient. Establish your hearts, for the coming of the Lord is at hand. — James 5:7-8 ESV

If we were to go around the room right now (let’s pretend we’re all in a room), I guarantee that each of us could tell a story about something we are either currently waiting on or hoping will happen in our lives. And there’s a good chance it’s something we almost find hard to speak out loud, because all of us have something we’ve lost hope in — our finances, relationships, children, marriage, work situations, or the world in general.

Sometimes it seems like it’s the areas where we feel most hopeless that God seems silent. We wonder, Where is He in the middle of our hopelessness? Where is our light in the darkness?

From the closing words of Malachi in the Old Testament to the opening chapter of Matthew in the Bible, four hundred years of silence passed. SILENCE. Where was God? What happened during those four hundred years?

At the close of Malachi, Israel is back in Palestine after Babylonian captivity but under domination of Persia and Medeo. And by the time Matthew begins, Israel is under Roman rule. During those four hundred years, pagan empires rose and fell. Alexander the Great managed to conquer what seemed to be the entire world yet couldn’t conquer Jerusalem. And the Old Testament was translated to Greek, which was pivotal to the Bible being translated for everyone to read and understand.

At the end of the four hundred years, people had grown tired of pagan faiths and were weary of the world in general. There was an air of expectancy as people began to wait and hope for the promised Messiah. All of these things worked together to create a world that was hungry and desperate for a change, a world that sensed its darkness and hopelessness. And when the time was just right, God sent His Son to earth as a baby boy.

When all hope was lost and the world was at its darkest — God showed up in a totally unexpected way.

This is a reminder to me that God’s purposes never end and He is always working them out for our good. The world was hopeless… and that’s when God showed up. That’s what He did then and that’s what He does now. He never changes. His love is steadfast, and His purposes and plans endure forever. When we find ourselves in the waiting seasons, it’s good to remember that God is never silent. In fact, He’s hard at work weaving together plans and purposes that will exceed our greatest expectations.

Has God gone silent on you? Have you been waiting a long, long time to have Him come and heal you, come and save, come and restore? Have you grown tired of all the other fixes you’ve tried? They never satisfy, do they? Let’s remember today that Jesus is at work. Right now. Even if we can’t see it. Come share your thoughts with us on our blog. We want to hear from you about our light in the darkness. ~ Laurie McClure, Faith.Full