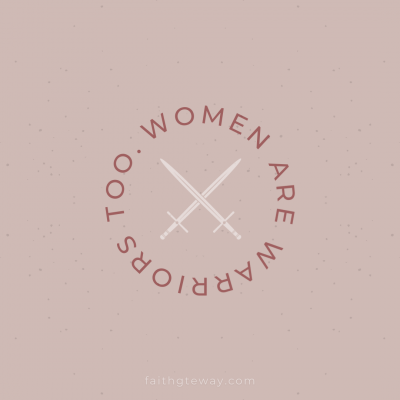 “You are the legal heir.”

“I never lead anyone.”

“We will help you to be a princess, to rule. If you refuse to accept the throne then the kingdom will cease to exist as we know it.”

In God’s name, we must fight them!

Though in recent years, this is beginning to change, women are often still portrayed in stories and tales as the Damsel in Distress. Sometimes we are wrongly referred to as the “weaker sex,” said to faint at the sight of blood, needing to be spared the gory details of battle whether on the field or in the marketplace. (Said no one ever who has witnessed a woman giving birth.) We have been portrayed as the ones waiting in our flowing gowns for the knight to come and carry us away on the back of his white horse. And yes, there are days when a knight in shining armor would be most welcome. We do long to be fought for; loved enough to be courageously protected. But there is a mighty strength and fierceness set in the hearts of women by God. This fierceness is true to who we are and what we are created to do.

Women are warriors too.

There is an old tale of an invasion against the Vikings, who were the first Europeans to explore North America and settle here some seven hundred years ago. Gail Collins writes in America’s Women, “When the Viking camp was attacked by Indians, causing the male defenders to flee, a pregnant Freydis grabbed a handy weapon, took out her swollen breasts, ‘and whetted the sword upon them’ according to a Viking chronicler. The sight of her so unnerved the war party they ‘became afraid and ran away.’”1 What a woman!

I’ve already told you that when I was a little girl I used to love World War II movies. How I longed to be a part of them. Not the movies themselves, but the real thing. I wanted to be part of something noble and grand and heroic and good. Didn’t you? I know I am not alone in that deep longing. During the Civil War, more than four hundred women disguised themselves as men so that they, too, could fight alongside their husbands, fathers, and sons. History is laden with stories of women rising up to defend their families, their land, their honor. 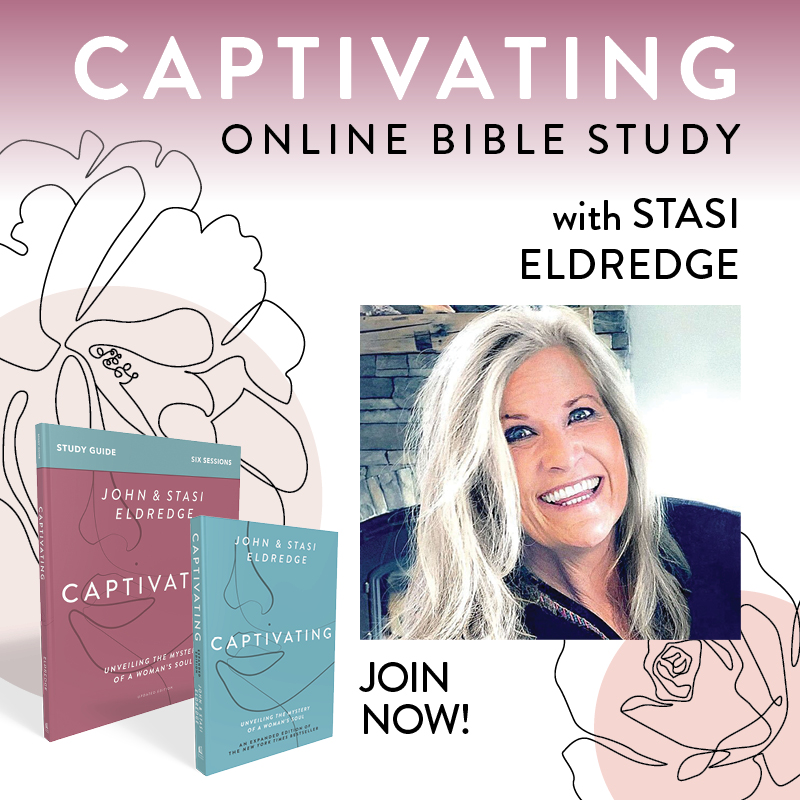 In the mythic story The Return of the King, Éowyn, battle maiden of the Rohirrim, disguises herself as a man and rides to war, joining her kinsmen in the greatest battle of her time. She rides beautifully, and she handles a sword with deadly skill. In the thick of the battle, she fights heroically. Tragically, her uncle the king is attacked by the leader of the enemy’s army, and as he swoops down to finish the king off, Éowyn steps in to block his path. She will not allow her uncle even to be touched by the evil wraith.

A cold voice answered: “Come not between the Nazgûl and his prey! Or he will not slay thee in thy turn. He will bear thee away to the houses of lamentation, beyond all darkness, where thy flesh shall be devoured, and thy shriveled mind be left naked to the Lidless Eye.”

A sword rang as it was drawn. “Do what you will; but I will hinder it, if I may.”

In the battle that follows, the wraith is assured, cocky even. His strength is greater, his weapons more deadly. He boasts of an ancient prophecy, proclaiming, “Thou fool. No living man may hinder me!” And it is here that Éowyn is finally and fully victorious.

It seemed that Dernhelm [Éowyn] laughed, and the clear voice was like the ring of steel. “But no living man am I! You look upon a woman. Éowyn I am, Éomund’s daughter… Begone, if you be not deathless! For living or dark undead, I will smite you, if you touch him.”2 Éowyn removes her helmet and lets her hair fall free. She declares herself “no man” and, fighting as a woman, slays her enemy. Something critically important is revealed in this story. Women are called to join in the Greatest Battle of all time — the battle being waged for the hearts of those around us. The human heart is the battlefield. The war is a deadly one; the results devastating or glorious, but always eternal. We are needed. There is much to be done. The hour is late. But we will only be victorious when we enter in with our feminine hearts — when we battle as women.

Redeemed women of God have tender, merciful hearts, backbones of steel, and hands that have been trained for battle. There is something incredibly fierce in the heart of a woman that is to be contended with — not dismissed, not disdained, but recognized, honored, welcomed, and trained.

Now, often the hardest person to fight for is… yourself. But you must. Your heart is needed. You must be present and engaged in order to love well and fight on behalf of others. Without you, much will be lost. It is time to take a stand and to stand firm. We are at war. You are needed.

Yes, men are created in the image of the Warrior King. Men are warriors. But women need to fight too. It is a powerful good when a man battles for a woman’s heart and stands between her and her enemies. But often, there is not a man present in a woman’s life to fight on her behalf. And even when there is, God desires the woman’s spirit to rise up in his strength as well. But men need women to engage in spiritual warfare on their behalf as well. One day we will be queens — we will rule with Jesus (Revelation 21). We need to grow in our understanding and practice of spiritual warfare not only because we are being attacked but because it is one of the primary ways that we grow in Christ. He uses spiritual warfare in our lives to strengthen our faith, to draw us closer to him, to train us for the roles we are meant to play, to encourage us to play those roles, and to prepare us for our future at his side.

It is not that we are abandoned. Christ has not abandoned us.

It is not that we are alone. He will never leave us or forsake us.

It is not even up to us. The battle is the Lord’s.

Jesus came through for us before we were even born. He fought for us before we even knew we needed him. He came; he died; he rose again for us. He was given all authority in heaven and on earth for us (Ephesians 1:22). He has won the decisive victory against our Enemy. But we must apply it. Christianity is not a passive religion. It is an invasion of a Kingdom. We who are on the Lord’s side must wield his victory. We must learn to enforce it. Women need to grow as warriors because we, too, were created to reign. God said of Eve as well as Adam, “and let them rule” (Genesis 1:26 NASB). And one day we will rule again (Matthew 25:21; Revelation 22:5). God allows spiritual warfare and uses it in our lives for our good. It is how we learn to grow in exercising our God-given spiritual authority as women.

There is a fascinating verse in Judges. Talking about how hard it was to gain the Promised Land, it explains that the Lord, the God of angel armies, did not drive all the nations out at once “by giving them into the hands of Joshua” (Judges 2:23). No, the Lord left some nations to test the Israelites who had not experienced war and to “teach warfare to the descendants of the Israelites who had not had previous battle experience” (Judges 3:2). Much of what he allows in your life is not for you to simply accept, but to get you to rise up! God wants you to know how to wield the weapons of warfare, how to take a stand, and how to fight.

“One day you will be a Queen and you must open your eyes.”

— William Wallace to the princess in Braveheart 3

Women are not helpless creatures. God has given us a fierceness that is holy and is to be used on behalf of others. Chapters 4 and 5 in the book of Judges tells the story of Deborah, a prophetess who led Israel. Through her, God commanded the Israelites to go to war against Sisera and the Canaanite armies. The leader of the Israelite army, a man named Barak, would go to war only if Deborah went with them. He would not go if she did not. So Deborah went. “But because of the way you are going about this,” said Deborah, “the honor will not be yours, for the Lord will hand Sisera over to a woman” (Judges 4:9).

The story of the battle is short. Led by Deborah, the Israelites were victorious. Their enemy Sisera, however, escaped and fled on foot to the tent of Jael, a wife and the “most blessed of [the] tent-dwelling women” (Judges 5:24). While Israel’s enemy slept in her tent, Jael took a tent peg and hammered it through his temple. He lay dead at her feet. Now, that is a fierce woman! And Deborah led Israel in a victory song:

So may all your enemies perish, O Lord! But may they who love you be like the sun when it rises in its strength. (Judges 5:31)

What is at the core of a woman’s heart? What are your desires? What did you long for as a little girl? What do you still long for as a woman? And how does a woman begin to be healed from the wounds and tragedies of her life? Come share with us how you’re fighting today!

And don’t forget to register for the OBS!