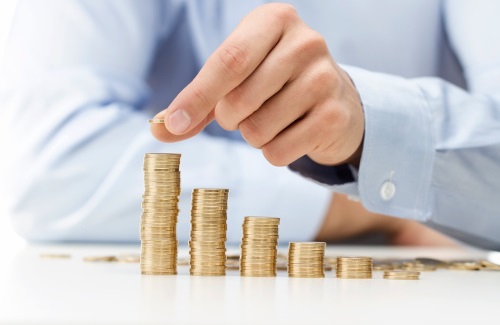 Editor’s Note: Dave Ramsey’s The Total Money Makeover has just been released in a new classic anniversary edition and is out in bookstores nationwide this month. In this New York Times best-selling book, Ramsey debunks the many myths of money (exposing the dangers of cash advance, rent-to-own, debt consolidation) and attacks the illusions and downright deceptions of the American dream, which encourages nothing but overspending and massive amounts of debt. “Don’t even consider keeping up with the Joneses,” Ramsey declares in his typically candid style. “They’re broke!” What follows is an exclusive excerpt of one of his concluding chapters warning readers about the real danger of wealth: the worship of money.

You started this book [The Total Money Makeover] financially flabby, overweight with debt, out of shape in savings, and in desperate need of a personal trainer. In these pages, you have reviewed how tens of thousands of ordinary people have gotten into great financial shape. This is a book about getting out of debt and into wealth. However, there is a problem with following The Total Money Makeover. The problem is simply that it’s a “proven plan” because it works. If you follow this system, it will work. It will work so well that you are going to become wealthy over the next twenty to forty years. The problem with becoming wealthy is that you stand a chance of becoming enamored with wealth. We can easily start to worship money, especially after we have some.

According to Proverbs 10:15, a rich man’s wealth can become his walled city. In Bible times, the wall around the city was the city’s protection from the enemy. If all you get from your wealth is the wrong view of it, wealth will destroy your peace. If you get from your wealth the idea that you are some big deal because you gathered some money, you missed the essence of a Total Money Makeover. The wealthy person who is ruled by his stuff is no freer than the debt-ridden consumer we have picked on throughout the book.

Antoine Rivaroli said, “There are men who gain from their wealth only the fear of losing it.”

Since you have read many pages learning a wealth-building system from me, you might think that I believe stuff is the answer to happiness, emotional well-being, and spiritual maturity. You would be wrong because I know that is not the case. On the contrary, I see a real spiritual danger to having great wealth. The danger is old-fashioned materialism.

Affluenza is a malady that affects some of the affluent and their children. Because some of the affluent and their children seek happiness, solace, and fulfillment in the consuming of stuff, they face a problem. By trying to get stuff to do something it wasn’t designed to do, they come up empty and end up depressed and even suicidal. They discover bumper-sticker wisdom: “He who dies with the most toys is still dead.” Stuff is wonderful; get some stuff, but don’t let the pursuit of wealth become your god.

My wife and I are concerned that our wealth could be a blessing and not a curse to our children. So we are tough on our kids regarding work, saving, giving, and spending issues. We expect a lot from them and have since they were small. I am very proud of the character of our children. They, like their parents, aren’t perfect, but they are doing well. When one of my kids was a teenager, she complained to me, “Do you know how tough it is being Dave Ramsey’s kid? Dad, you are so hard on us, making us buy our own cars, manage our own checkbooks. You cut us no slack.” I replied that we are tough on them because one day they will inherit our wealth, and that wealth will either ruin their lives or become a tool for great good.

My kids, you, and I can have good things happen as a result of our Total Money Makeover only if we have the spiritual character to recognize that wealth is not the answer to life’s questions. We further must recognize that while wealth is very fun, it comes with great responsibility.

Another paradox is that wealth will make you more of what you are. Let that one soak in for a minute.

The LOVE of Money, Not Money, Is the Root of All Kinds of Evil

As a Christian, I am amazed how certain political and religious groups have decided that wealth is evil. Many of the heroes of biblical faith, of world history, and of our nation were very wealthy, including King David, Solomon, Job, and most of our Founding Fathers. There is a negative mind-set justifying money mediocrity that is maddening. Wealth is not evil, and people who possess it aren’t evil by virtue of the wealth. There are rich jerks and poor jerks. Dallas Willard, in his book The Spirit of the Disciplines, says to use riches is to cause them to be consumed, to trust in riches is to count upon them for things they cannot provide, but to possess riches is to have the right to say how they will or will not be used.

If you are a good person, it is your spiritual duty to possess riches for the good of mankind. If you are a Christian like me, it is your spiritual duty to possess riches so that you can do with them things that bring glory to God. The bottom line is, if you take the stand that managing wealth is evil or carnal, then by default you leave all the wealth to the evil, carnal people. If wealth is spiritually bad, then good people can’t have it, so all the bad people get it. It is the duty of the good people to get wealth to keep it from the bad people because the good people will do good with it. If we all abandon money because some misguided souls view it as evil, then the only ones with money will be the pornographer, the drug dealer, or the pimp. Simple enough?

To Give You Hope

I’m being very spiritual here… but the spiritual is a legitimate aspect of behavior. I see well-rounded, mature people who become all God designed them to be when they get their money closets cleaned out. God has a plan for your life, and that plan isn’t to harm you; it is a plan for your future to give you hope (see Jeremiah 29:11).

Hope is what I want you to walk away with from this book:

It is time for you to become a gazelle. It is time for you to leave the reading and the classroom behind and apply these principles. They are age-old principles, and they work. Tens of thousands of ordinary people just like you and me have become debt-free and even wealthy using this plan. It isn’t magic; it is common sense. The exciting thing is, anyone can do this—anyone. Are you next? I hope so. 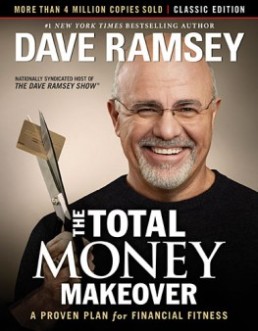