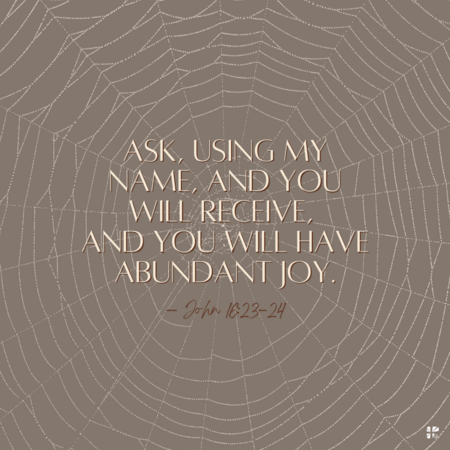 Editor’s note: In Kill the Spider, Carlos Whittaker shares his story of pursuing God and healing at a spiritual retreat.

A few months after OnSite, my wife and I were on our way back from our fifteen-year wedding anniversary trip to Ireland. It was filled with lots of refreshment, but not a lot of rest. We had moments, waking up in a tiny cottage on some farm in Ireland overlooking sheep and goats grazing. There was rest in those moments, but then we would rush out to explore. The refreshing came, but you know how at the end of a good vacation, sometimes you need a vacation from the vacation? That was where we found ourselves.

We had landed in Detroit for a final layover before heading home to Nashville and had stopped at P.F. Chang’s for dinner. We had been traveling for over fifteen hours already and were basically the walking dead — zombies with little, if anything, motivating us to speak. But, for some reason, I decided to tell her a story about a guy I had met the week prior in London. He was a former atheist who told this hilarious story about playing percussion for a worship leader friend of his while shaking a banana shaker. I’ll spare you the details of the story because, come to think of it, it wasn’t really funny at all; Heather didn’t even smile. In one ear and out the other.

I don’t know if I have ever on purpose told a story where the central theme was a banana. Maybe a knock-knock joke in third grade where the punch line was “Orange you glad I didn’t say banana?” But that’s it. And that was thirty years ago.

I finished the banana story and Heather did not laugh. Then she cracked open her fortune cookie. Her eyes got huge.

She flipped the fortune over so I could read it. There was only one word written on it: Banana.

We both started laughing that sort of incredibly annoying public laughter.

How many fortune cookies carry a fortune that simply say banana? It said banana.

I started having a worship moment right then and there. I almost stood to my feet and led the entire restaurant in “Oceans.” God is here, I thought. He just gave me a fortune with the word banana!

“He’s reminding us that He is in the ordinary. He is paying attention. He’s playful,” Heather said. I mean there it is. Do you believe it? I do! God is in the ordinary, everyday moments of life. We just have to be rested or refreshed enough to be able to hear Him!

Then I cracked my cookie open. The author of the smashing breakthrough book Moment Maker opened his cookie. (It had been a year since its release.) It had one word on it:

Coincidence over. God obviously was laughing with me. He is in the ordinary. I mean, God was hanging out in my fortune cookie, just smiling at me as I sat in amazement.

So if God is in the ordinary — the everyday — then why have I not been taught this? If God still speaks so clearly, why have I missed it? I used to think this stuff was crazy. Bananas, if you will.

God is for sure in the majestic, yes. God sometimes shows up in a blaze of glory. But God is also surrounding us in conversation every single day. We just don’t recognize Him. We believe in a God who can heal our cancer and raise the dead, but we don’t believe we can ask Him for something trivial? This places us in a conundrum. We have to stop thinking God is only in the sky and the heavens. He’s in our cars, in our homes, and in our cafes. We have to pay attention. We get to rest in that truth and keep our eyes open and our hearts attentive.

Over and over again, God keeps showing up like that. Over and over again, He kept showing up to me when I would seek Him. I’d ask Him a question, and He would lead me to a Scripture that answered me specifically. All of a sudden, my relationship with God was getting way more detailed than I ever thought it could be.

Not long after the banana incident, I found myself in London, England. I was there for a conference but had landed a day early so that I could write.

I had managed to have a fairly drama-free existence since OnSite. I was growing in my relationship with God, I was growing in my roles as husband, father, and friend, but I still had not come face to face with this spider. I was almost running from the battle. I knew where to look, but I didn’t wanna.

One can only run so long.

My lie. God had abandoned me.

That lie had sent me to some of the darkest places I had ever been. That lie had destroyed my marriage. That lie had caused more anxiety in my life than anyone should have to deal with. But in the newness of my fresh faith, I had uncovered some solid truths about God’s power over darkness and how He does and will come to our rescue when we need it. We simply have to ask Him. He has given us authority.

When I landed in London, I got a call from Heather. Something was wrong with one of the kids, and she didn’t know what to do. The second I heard concern in her voice, I could feel the blood rushing from my limbs to my heart. I could feel my heart rapidly rise up in my throat. “I’m coming home, Babe. I can’t be here and helpless. I’m coming home on the next flight,” I said in a panic.

“No. Don’t. Talk to Jesus. Ask Him what to do,” she said with a peace that my heart needed at the moment.

“Dear Jesus. I’m done being scared, Jesus. Please Jesus. I feel so alone. Where are You Lord?! Why is this happening to my family, Jesus? Dear Lord, please. Please help.”

That was the sort of snot-filled prayer that was escaping my lungs. The sort of prayer that isn’t filled with faith as much as it’s filled with doubt. And in my case, doubt that God had abandoned my family. Again.

A final word: Be strong in the Lord and in His mighty power. Put on all of God’s armor so that you will be able to stand firm against all strategies of the devil. For we are not fighting against flesh-and-blood enemies, but against evil rulers and authorities of the unseen world, against mighty powers in this dark world, and against evil spirits in the heavenly places.

Therefore, put on every piece of God’s armor so you will be able to resist the enemy in the time of evil. Then after the battle you will still be standing firm. Stand your ground, putting on the belt of truth and the body armor of God’s righteousness. For shoes, put on the peace that comes from the Good News so that you will be fully prepared.

In addition to all of these, hold up the shield of faith to stop the fiery arrows of the devil. Put on salvation as your helmet, and take the sword of the Spirit, which is the word of God.

Pray in the Spirit at all times and on every occasion. Stay alert and be persistent in your prayers for all believers everywhere. — Ephesians 6:10-18 NLT

“Then after the battle you will be standing firm.”

Man, I needed this like yesterday. I felt anything but firm.

The author of this book was talking about the power that the name of Jesus has. In so many prayers we tack on, right before Amen, “In the name of Jesus.” It’s almost become an afterthought. But the author was reminding us of the true power —that the God who makes the earth spin and float, that God, gives us His authority and power. It’s just up to us to use it. The author called up this passage.

At that time you won’t need to ask me for anything. I tell you the truth, you will ask the Father directly, and he will grant your request because you use my name.

I needed Jesus to come into that tiny hotel room right then. I was desperate.

I picked up my Bible and the book I had been reading and started praying out loud exactly as it was laid out.

“True and living God, Jesus, I come to You to be made new in You again. I come to You to be brought back to the truth of who You are. That lie that You had left? I know for sure it is a complete and total lie from the enemy and I reject it. Forgive me. By the cross of Jesus Christ, I bring the full work of the cross against this lie. Jesus, I want Your voice to be the only voice to speak into this space. Lord, freedom and the breaking of my agreement with this lie will only come from You. Jesus, cut off, bind, and send the spider and all webs created by this spider to the foot of the cross for You to deal with as You wish. I send it to You, Jesus. Do with it as You please. Come now, Jesus, come rushing into the chasm in my heart that this lie was trying to fill. Let the truth of You and the light of You come and fill the space that feeling of abandonment left vacant. Dear Jesus, show me truth. Replace the hole in my spirit with the truth of my marriage, my wife, my children, my ministry, my life. Jesus, fill this broken and empty space in my heart. In the name of Jesus Christ, I pray. Amen.”

And then I started sending anything that was attacking me mentally, physically, and spiritually to the foot of the cross. I was using the power and authority of Jesus to send that crap away. I was fighting. I was swinging.

By this point, I found myself in the shower. Weeping and praying.

That was it. It was done. There was no more power in the lie. My spider had me no more. The spider was dead. Was it magic? No. Was it a one-time prayer? No. Did striving produce results? No. Did Jesus absolutely take my prayer and begin to deal with this spider, crushing it and sending it into the abyss of His judgment? Absolutely.

What spiders do you still need to kill? You can only run for so long. Face them with Jesus! He is far more powerful than any lie over your life! ~ Devotionals Daily