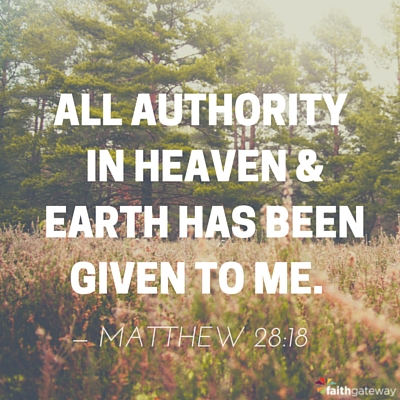 Editor’s Note: Do you have questions about angels and demons? Angels have been present since the beginning of time, yet we’re filled with more intrigue and myth than with facts about these heavenly creatures. In this practical Q&A format, bestselling author and pastor Robert J. Morgan uncovers the mystery of angels and fallen angels (demons) — in the teachings of the Bible, in their role in relation to Christ, how they impact Christian beliefs, and in personal accounts of our present-day lives.

Does the presence of demons help explain the intensity of evil on earth?

Absolutely. Human beings are fallen, sinful creatures, but sometimes we detect periods and people of evil so intense there’s no other explanation than demonic possession and influence. How else can we explain the horrors of child abuse, of genocide, of the beheading of innocent people, of the torture of families, of murder, rape, and the atrocities of war? How else can we explain the systematic attempts throughout history to exterminate Jews and Christians, as we see with Adolf Hitler and his cohorts?

Satan possession seems to be more rare than demon possession. Without being dogmatic, it seems to me there are three cases of satanic possession in the Bible. The first is the serpent in the garden of Eden. We get the impression that Satan commandeered and possessed an animal, through whom he spoke to Eve. The second case is Judas Iscariot, the man who betrayed Christ. John 13:27 says,

As soon as Judas took the bread, Satan entered into him.

The third case seems to be the Antichrist, who is repeatedly pictured in the Bible as possessing satanic powers, which he will use to terrorize the earth in the last days.

What are the characteristics of demon possession or demonic influence?

In Mark 5 and Luke 8, Jesus met a man possessed by multiple demons. This man had an obsession with death and “lived in the tombs” (Mark 5:2). He had bursts of violent strength and ungovernable impulses (Mark 5:3-4). He was self-destructive (Mark 5:5). He indulged in nudity (Luke 8:27). He had antisocial behaviors (Luke 8:29). In his book, Angels: Elect and Evil, C. Fred Dickason wrote, “Since their rebellion with Satan, demons are morally and spiritually unclean. Their total capacities as persons were perverted… Their nature and realm of operation is moral darkness… They are termed ‘unclean spirits’ or ‘evil spirits.’ … Demons’ immorality is often manifest in the sensuousness of those they control or influence.”1

What happened to Legion and his demons in the Gospels?

Jesus asked the man his name, and he replied, “Legion,” for he was possessed with many demons. These evil spirits then began begging Jesus not to send them to the Abyss (super-natural, super-max prison). Interestingly, Jesus agreed to their request. Luke 8:32–33 says,

A large herd of pigs was feeding there on the hillside. The demons begged Jesus to let them go into the pigs, and he gave them permission. When the demons came out of the man, they went into the pigs, and the herd rushed down the steep bank into the lake and was drowned.

What happened to the demons after the pigs drowned isn’t told, but notice that the demons wrought self-destructive influence over both the man and the swine. Satan wants to destroy us, but he finds fiendish pleasure when he can get us to destroy ourselves. Those under demonic influence are both destructive and self-destructive. In his book Systematic Theology, Wayne Grudem wrote, “The tactics of Satan and his demons are to use lies (John 8:44), deception (Revelation 12:9), murder (Psalm 106:37; John 8:44), and every other kind of destructive activity to attempt to cause people to turn away from God and destroy themselves.”2

Can Christians be demon possessed?

Most Bible scholars do not believe a Christian can be demon possessed because the Bible teaches that when we receive Christ as our Lord and Savior, His blood covers us and forgives us, and the Holy Spirit comes to live within us.

Do you not know that your bodies are temples of the Holy Spirit, who is in you, whom you have received from God, says 1 Corinthians 6:19.

Since demons are incompatible with the blood of Christ and the indwelling of the Holy Spirit, it would seem that Satan or his demons couldn’t possess Christians. But there’s a caveat. Technically, the term “possessed” isn’t the best or most accurate phrase for what happens when a demon enters a person, even though that designation appears in many English translations of the New Testament and I’m using it in this book. The original Greek versions simply spoke of people having demons. There’s no doubt that even Christians can be targeted by demonic forces, hence the cautions in the New Testament about resisting the devil, being aware of his schemes, and suiting ourselves with the armor of the Spirit. As Christians, we must always stay on guard.

Can demonic powers affect our prayers?

As incredible as it sounds, Satan and his fallen forces are so powerful they may even attempt to interrupt the answers God decrees to our prayers. One of the most astonishing passages in the Bible about fallen angels and spiritual warfare is Daniel 10. In this passage, Daniel earnestly prayed for insight regarding a prophecy he had received. He fasted and prayed for three weeks. Finally an angel flew into his presence and explained,

Do not be afraid, Daniel. Since the first day that you set your mind to gain understanding and to humble yourself before your God, your words were heard, and I have come in response to them. But the prince of the Persian kingdom resisted me twenty-one days. Then Michael, one of the chief princes, came to help me, because I was detained there with the king of Persia. Now I have come to explain to you what will happen to your people in the future, for the vision concerns a time yet to come.

It seems from the passage that when Daniel prayed and asked for information, the Lord immediately dispatched an angel with the requested data. But the messenger was intercepted. He was hindered and held back by someone called the prince of the Persian kingdom. This foe evidently wasn’t a human being, for the delay and conflict took place in the passageway between earth and heaven. Apparently a demon assigned to the Persian kingdom opposed the angel who was bringing Daniel’s answer to prayer, and the stale- mate lasted three weeks. The archangel Michael joined the battle, and his superior authority finally won the day and allowed the divine messenger to deliver God’s answer to Daniel.

While this passage is mysterious, it gives us a glimpse into the spiritual warfare constantly occurring between heaven and earth and between good angels and fallen ones. Sometimes — though we may not realize it — we’re caught in the middle. The superior power, however, resides with the good angels, and the ultimate power belongs to Him who said,

All authority in heaven and on earth has been given to me. — Matthew 28:18

Sometimes it may seem like in our modern culture, with scientific developments, greater education, and better understanding of and compassion for mental illness, that maybe the issue of demons is rather far-fetched. But, Scripture tells us that we are in a daily spiritual battle whether or not we choose to acknowledge it! As Christians we can be exhorted that demons are real, the battle is real, and yet we need not be afraid because Jesus has already won! What are your thoughts? We’d love to hear from you on our blog. ~ Devotionals Daily