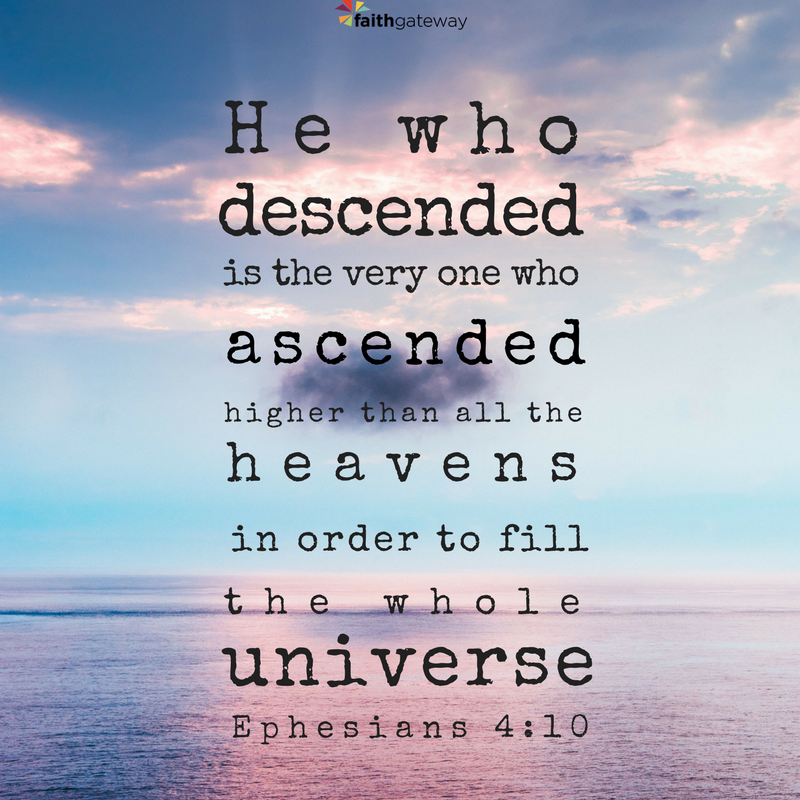 Life-after-death and near-death experiences fascinate me. Shucks, they fascinate millions of people, if anything can be gleaned from the sales of books and movies on the topic. We so want them to be true. Maybe they are; maybe they aren’t. On one end of the spectrum, people cling to these stories to give them the evidence they need that there is more to this life. Others vehemently criticize the experience for a variety of reasons, from medical to theological. As for me, I feel no need to undermine someone’s personal experience. However, my commitment and confidence lie within the pages of the Bible. In these pages I find two bona fide life-after-death experiences and two that likely don’t qualify but give me tons of hope.

The first involves a guy named Lazarus (John 11). This was not the same man Jesus referred to in the parable with the rich man in Luke 16. This was the brother of Mary and Martha from Bethany. He had been dead a total of not four hours but four days. He was already wrapped in linens and placed in a tomb shut off by a large rock. It is hard to breathe under such circumstances. He was not nearly dead; he was totally dead.

When Jesus finally arrived in Bethany, He had the stone removed from the tomb and commanded Lazarus to rise up and come out. And he did! What did Lazarus say afterward? The text records not a single word. His life-after-death experience is not germane to the point of the story. Rather, Jesus told us the ultimate purpose in a conversation He had with the Father:

When Jesus looked up and said, “Father, I thank You that You have heard me. I knew that You always hear Me, but I said this for the benefit of the people standing here, that they may believe that You sent Me.”  — John 11:41-42

In the end, the most important thing is that all would be pointed to belief in Jesus. Our focus should not be the life-after-death or near-death experience but the more important, personal experience with and belief in the One who saves.

I can imagine Lazarus saying privately to Jesus, “I was at Abraham’s side with the other Lazarus guy You taught about. It was very restful and peaceful. I just have one question: Do I have to go through death again?” The answer would most definitely have been yes. Lazarus was brought back to life, only to have to eventually experience death once again. What a bummer, in my book.

The second life-after-death experience in the Bible is that of Jesus Himself. He died and lay in the tomb for three days. On Sunday morning He rose from the dead. He went on to appear in front of hundreds of people. His return to life was very different from Lazarus’s.

Jesus was resurrected once and for all. He conquered death; He didn’t have to die again.

Over the years, people have read about this event. Many have believed it, and many have rejected it. You may doubt the veracity of near-death experiences, but this life-after-death experience is the only one that really matters. Your personal decision about this experience will be the sole determining factor in the outcome of your own eventual eternal destination.

The next story we find in the Bible carries a similar theme and tone to the modern-day near-death experiences we read about. It is the true story of Stephen, the first martyr of the church.

Stephen, having been seized in Jerusalem by people opposing the early church, gave a stirring speech that he concluded by identifying his hostile audience as the perpetrators who had killed the Messiah. This infuriated them. They decide to stone him to death. At the moment of their decision, while Stephen was still alive, something happened to him that was out of the ordinary:

This encounter is similar to the stories we hear from Christians in modern near-death experiences.

They see a light; they see the glory of God; they see Jesus.

It is interesting to note that in other passages of Scripture where Jesus is in Heaven next to the Father, He is sitting. In this case, Jesus was standing. It is as if He were telling Stephen, “You have stood up for Me on earth; now I am standing up for you in Heaven. Keep your eyes fixed on Me. Everything is going to be all right. You will be in My presence very soon.”

After this, the mob took Stephen outside the city and stoned him to death. His body died, but his spirit went to be in the presence of Jesus. This glimpse into Stephen’s vision gives us hope as we face our own valleys of death.

Paul had a similar experience, though it was not centered on his death but on his stoning at Lystra. He wrote:

Paul told us he saw the “third heaven,” or “paradise.” The third heaven designates a place beyond the earth’s atmosphere and beyond the planets and stars to the presence of God Himself. Paul reaffirmed the existence of this higher plane in his later letter to the Ephesian believers:

He who descended is the very one who ascended higher than all the heavens, in order to fill the whole universe. — Ephesians 4:10

This is confirmation that the dwelling place of believers in the intermediate state is beyond our universe. That is helpful to know. What else did Paul see while in the third heaven? We actually don’t know, because he went on to tell us that the things he saw “no one is permitted to tell.” Interestingly, people with life-after-death and near-death experiences today freely share what they saw, but Paul felt it was not permissible for anyone to do so.

As we consider the ramifications of all our modern-day sharing of life-after-death and near-death experiences, we must go back to Jesus’ teaching and the story of the rich man and Lazarus. When the rich man begged Abraham to let Lazarus return to earth to warn his brothers of Hades, remember that Abraham replied:

Life-after-death and near-death experiences are very intriguing, at least to me. If they inspire us to draw closer to God and increase our hope in the afterlife, then great. But at the end of the day, we must be able to stand on the truth that the Word of God is enough. As Abraham said in the story above, we have the teachings of Moses and the prophets to point us to God, but even further, believers today also have twenty-seven New Testament books filled with new revelation. We have been given a wealth of wisdom and insight that is enough to lead us to Jesus.

My favorite heavenly vision of all is found in Revelation 21–22. And because it is in God’s Word, I can say with confidence, “Heaven is for real.”

Excerpted with permission from What Happens After You Die by Randy Frazee, copyright Randy Frazee.

Stories of people seeing Heaven and returning to their earthly bodies are bound to fascinate us. We want to know what’s ahead for us? What is it like? What can we expect? Will it be boring? Or will it be amazing beyond description? Scripture can give us insight into what we want so dearly to know. What do you think of Heaven? Does the thought of Heaven draw you nearer to God? Come share with us on our blog!