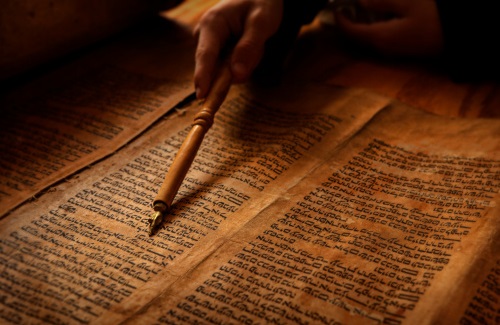 “You’ll find our text this morning in the Old Testament . . .”

I know this is a rare announcement today, but when you heard it last, what did you think?

Oh no! Not another historical lecture.
We’re going to get a whipping with the law today.
Why? I came to church to hear about Jesus.
What do Israel and Babylon have to do with my family struggles?

Or maybe you didn’t just think it. You said it or e-mailed it to the pastor afterward. And pastors are feeling the pressure. Some surveys put the ratio of Old Testament to New Testament sermons at 1 to 10. Some would like it nearer 0 to 10.

But might this imbalance in the spiritual diet of most Christians explain many of the spiritual problems in the modern church and in modern Christians? Or as theologian Gleason Archer put it: “How can Christian pastors hope to feed their flock on a well-balanced spiritual diet if they completely neglect the 39 books of Holy Scripture on which Jesus and all the New Testament authors received their own spiritual nourishment?”

It wasn’t always like this. The church used to have a much more balanced diet. So how did we get here? Consider these reasons why Old Testament sermons are being abandoned:

Liberalism. The sustained attack on the Old Testament by liberal scholars has shaken many Christians’ confidence in this part of the Bible.

Ignorance. It is almost impossible to understand large parts of the Old Testament without knowledge of the historical context and geographical setting. This knowledge was once widespread, but many Christians now know little or nothing of biblical history.

Irrelevance. Some look at the historical and geographical details of the Old Testament and wonder, what possible relevance can events and places from thousands of years ago have for me? And anyway, the New Testament teaches that many Old Testament practices have stopped. So, why study them?

Dispensationalism. Although unintended, the dispensational division of Scripture into different eras tends to relegate the Old Testament to a minor role in the life of the church and of the individual Christian.

Bad examples. Bad examples of Old Testament preaching and teaching are easy to find and even easier to ridicule. The malpractice of some, however, should not lead to the nonpractice of others.

Laziness. Studying the Old Testament is often more intellectually demanding than studying the New Testament. The familiar paths of the Gospels seem much more inviting than Leviticus, 2 Chronicles, or Nahum.

Official, not personal. Although in recent years some preachers and teachers have worked harder at showing the Son of God’s presence and work in the Old Testament, their efforts have often failed to satisfy because of the technically correct decision to use the official title Christ rather than the personal name Jesus in their Old Testament sermons and writings.

Jesus means “God saves,” and it is the personal name given to the Son of God when He was born in Bethlehem two thousand years ago.

Christ means “anointed” or “sent and equipped by God,” and it is the English translation of the Hebrew word Messiah. It’s less personal—more of an official title or role like president—and is usually used when speaking of the Son of God prior to His earthly life.

One of my passions is to help Christians know Jesus more personally and intimately, so I decided to use Jesus as much as possible in my book, Jesus on Every Page. It not only brings Him closer to us than the official title; it reminds us that the Christ of the Old Testament is the same person as the Jesus of the New Testament. 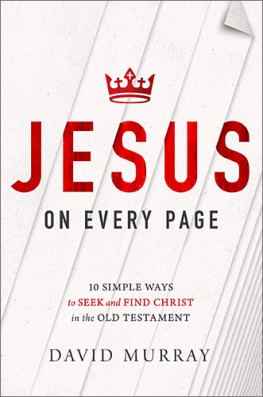