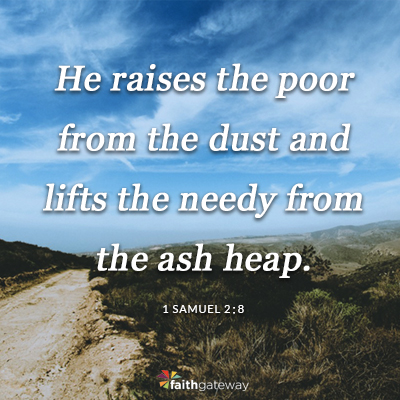 Danny was the new guy in the camp with the moaning stomach.

Randy and Beverly had gone to the supermarket — jumped in the Dumpster, found lettuce and tomatoes and bread, and bought a big bag of potato chips and one or two liters of fruit punch. Beverly shoplifted some cheese, lunch meat, mayonnaise, and mustard, and when they came back with this feast in hand, the two introduced themselves to Danny and handed him a paper plate with a big layered sandwich, chips, and a cup of fruit punch. When he finished eating, they asked if he wanted another one. Had he had enough? Is there anything more he might want?

This moment was the turning point that eventually led to Danny’s total sobriety. Imagine that. Just a pinch of kindness. Just some garbage lettuce and a bit of turkey and Swiss cheese. And one cup of Hawaiian Punch.

They didn’t know him, but they helped him. To this day, if you ask Danny, they were the ones who had the greatest impact on his entire perspective on giving. It was then that he began regularly spending his last dollars on a taco for his neighbor or a bagel for a stranger. He eventually gave this act of giving a name – a ministry called Up From the Ashes, taken from 1 Samuel 2:8:

He raises the poor from the dust and lifts the needy from the ash heap.

This is how Danny picked up his street name, Preacher.

This guy who never had more than twenty bucks in his pocket would take people out to eat. His favorite place to take them was Spires, an old diner, where he would sit across from them as they looked at the menu, scanning the laminated page for the cheapest thing — like a cheeseburger, knowing that Danny was in the same place they were. He’d snatch the menu out of their hands and tell them that if they were just going to pick the cheapest thing off the menu, he would have to pick something for them.

Sure, his funds were limited, but if he didn’t have enough to take them out to eat, he said he’d let them know. He wasn’t interested in going the economy route. What he wanted to do was give them a good meal and hear their story.

Danny was now sober and shaven and clean. He’d use the gas station nearby with an outdoor bathroom (which is almost impossible to find these days). As a result of his clean disposition and his upward attitude, people saw something different in Danny. He would tell them his story, his journey toward recovery, and his belief that everyone had a God-given purpose, including them. Across the table, Danny would watch as tears made clean tracks down their faces, dripping off their chins, and dropping into little mud puddles on their plates.

He started doing this whenever he had any money, and it’s this generous spirit that inspires me most about Danny. He is the single most generous man I’ve ever met. He is also the most content.

So that’s why our truck runs are not a feeding ministry. The truck runs use food as leverage to connect human to human, heart to heart. And, sure enough, that’s how I met Danny. I was on a truck run back in 2010, and he got a peanut butter and jelly sandwich and my phone number.

That was when he told me his story, his thoughts and ideas, summarizing his philosophy by quoting the parable of the separation of goats and sheep in Matthew 25:32-33, Matthew 25:41-45.

All the nations will be gathered before Him, and He will separate the people one from another as a shepherd separates the sheep from the goats. He will put the sheep on His right and the goats on His left. Then He will say to those on His left, “Depart from Me, you who are cursed, into the eternal fire prepared for the devil and his angels. For I was hungry and you gave Me nothing to eat, I was thirsty and you gave Me nothing to drink, I was a stranger and you did not invite Me in, I needed clothes and you did not clothe Me, I was sick and in prison and you did not look after Me.”

They also will answer, “Lord, when did we see You hungry or thirsty or a stranger or needing clothes or sick or in prison, and did not help You?”

Danny not only represents the least of these — the least of what society has to offer — but he is also somebody whose tithes are 100 percent. Danny taught me what this parable truly means. He, more than anyone else, taught me what it means to be blessed.

What is your definition of blessed? Is it the American Dream — good job, nice house, 2 ½ kids, annual vacation? If the common phrase that we are “blessed to be a blessing” is true, who are we blessing? Let’s get out of our comfort zones and look for those who have needs that we can fill… even if it’s just a meal and a listening ear. Come share with us on our blog! We’d love to hear from you about welcoming the homeless! ~ Devotionals Daily