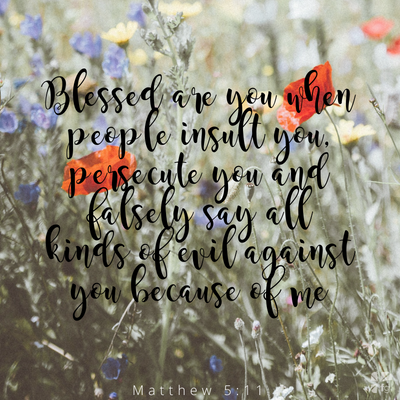 What Parents Need to Know About Bullying

Blessed are you when people insult you, persecute you and falsely say all kinds of evil against you because of me. – Matthew 5:11

Chloe Howard, an articulate teenager who was assaulted by a classmate during her freshman year of high school because she was born with a birth defect, recently shared the following statistics about bullying during an inspiring TEDx speech:

In the US alone, a student is bullied every 10 seconds of every hour of every day, 365 days a year. In every single day, 160 thousand kids skip school because they’re bullied. That’s over 187 million hours a year of fear, pain, and hate, and those are just the incidences that are reported…

Do these statistics alarm you as much as they alarm me?

Bullying is defined as any unwanted, aggressive behavior between one or more individuals based on a real or perceived power imbalance. Bullying behavior can be seen among children, teenagers and adults of all ages and frequently occurs in schools, in homes, and within families.. While many people think of bullying as a rite of passage that kids outgrow, it’s important to remember that bullying can happen to anyone at any point in life!

We tend to think of bullying as a modern-day problem that is on the rise because we read about it so frequently in the news, but bullies have been around since biblical times. For example, Genesis 37:3-35 tells the story of how Joseph’s brothers were so jealous of him, they planned to murder him but instead, they sold him into slavery. Judges 16:4-30 tells the story of how Delilah badgered Samson into revealing the source of his strength and how the Philistines taunted and tormented him until his death.

Stories of bullies abound in the Bible!

One of the reasons we need to address bullying with our kids is that the problem does not go away when left unchecked. Bullies usually repeat their behavior and frequently escalate their aggression over time.

Bullying behavior can take many forms including:

A bully can target anyone at any time. However, a child’s risk for being bullied increases when one or more of the following risk factors are present:

As parents, we should pay close attention to any sudden and ongoing changes in our child’s behavior and demeanor that may indicate our child is being bullied and take any legal actions needed to protect our child. Here are some important signs to look for:

One of the most empowering stories I have read about bullying and its aftermath is Stand Beautiful: A Story of Brokenness, Beauty and Embracing It All by international speaker and TEDx presenter Chloe Howard. In this book, Chloe shares her story of overcoming injustice, battling self-doubt, and rising up to speak out against bullying after a powerful encounter with Bono from the band U2.

Chloe’s story shows that even through brokenness and shame, we can venture toward hope, accept our unique selves, and share in our human experiences. Stand Beautiful is an inspiring book that I highly recommend you read and discuss with your kids.

It’s true that being bullied can dramatically impact a child’s life – but Chloe’s story proves that with God’s grace, healing is possible!

Have you ever been bullied? If so, how has the experience impacted your life?

In Stand Beautiful, Chloe reminds us that “hurt people hurt people”. How does this reminder help you to process and heal from any lingering feelings of anger, bitterness and resentment that may be residing in your heart as a result of being bullied?