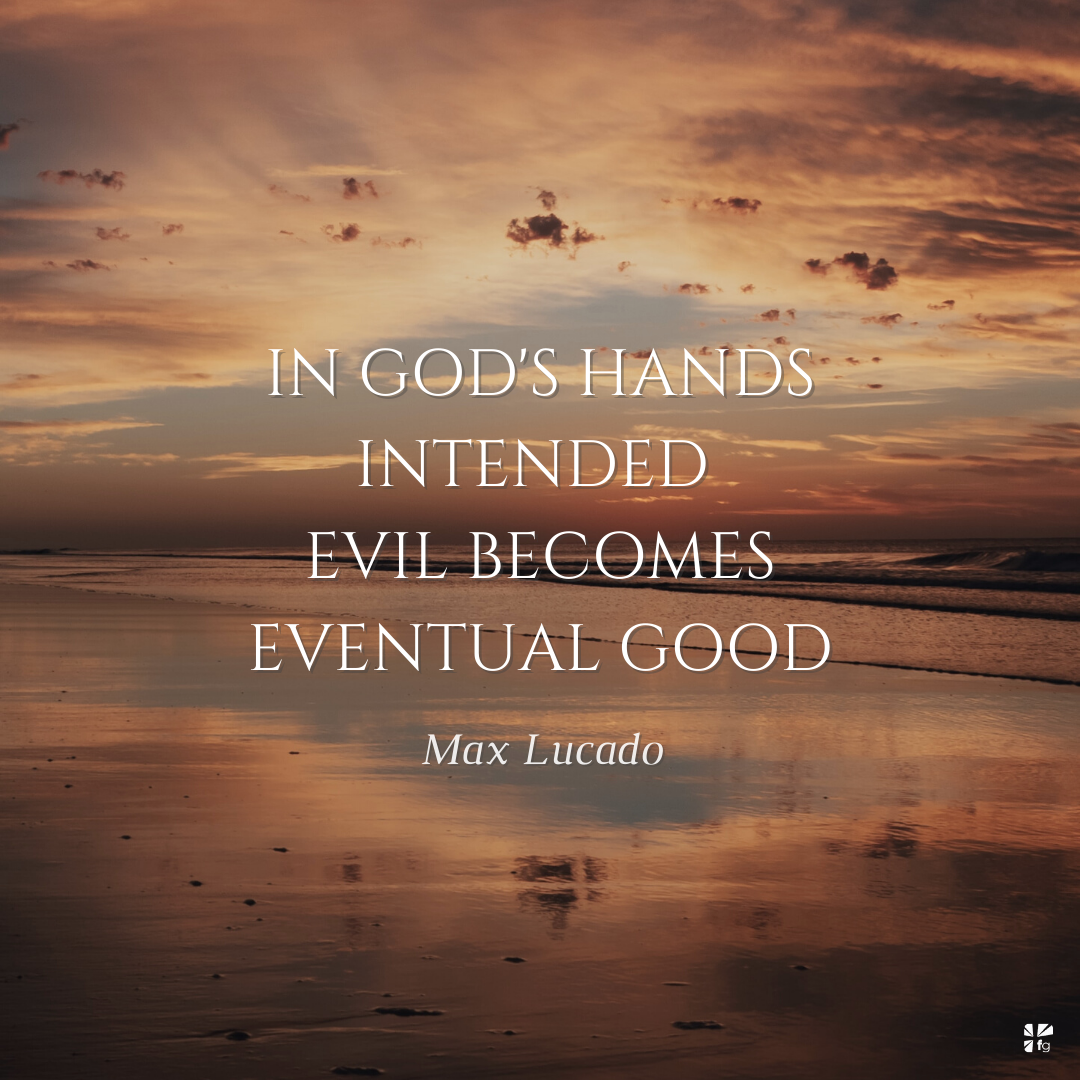 Graduate with honors from the University of Hard Knocks

Director of Global Effort to Save Humanity Succeeded

As for you, you meant evil against me, but God meant it for good in order to bring about this present result, to preserve many people alive. — Genesis 50:20 NASB

You intended to harm me, but God intended it for good to accomplish what is now being done, the saving of many lives. — Genesis 50:20 NIV

But as for you, you meant evil against me; but God meant it for good, in order to bring it about as it is this day, to save many people alive. — Genesis 50:20 NKJV

Joseph tied himself to the pillar of this promise and held on for dear life. Nothing in his story glosses over the presence of evil. Quite the contrary. Bloodstains, tearstains are everywhere. Joseph’s heart was rubbed raw against the rocks of disloyalty and miscarried justice. Yet time and time again God redeemed the pain. The torn robe became a royal one. The pit became a palace. The broken family grew old together. The very acts intended to destroy God’s servant turned out to strengthen him.

“You meant evil against me,”

Joseph told his brothers, using a Hebrew verb that traces its meaning to “weave” or “plait.”

“You wove evil,” he was saying, “but God rewove it together for good.”

God, the Master Weaver. He stretches the yarn and intertwines the colors, the ragged twine with the velvet strings, the pains with the pleasures. Nothing escapes His reach. Every king, despot, weather pattern, and molecule are at His command. He passes the shuttle back and forth across the generations, and as He does, a design emerges. Satan weaves; God reweaves.

Watch the You’ll Get Through This Video

Excerpted with permission from You’ll Get Through This by Max Lucado, copyright Thomas Nelson.

One of the most potentially frightening aspects of being a Christian is knowing that when you put your trust in Jesus, all of Hell takes arms against you intending evil upon your life. And, yet what trumps that fear and evil is knowing that, no matter what comes, God is the Master Weaver. He takes was was intended for evil and reweaves it for good. How have you seen that in your own life? Come share with us on our blog! ~ Devotionals Daily