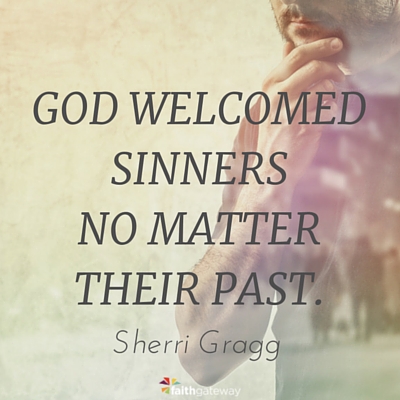 “I will restore you to health and heal your wounds,” declares the LORD, “because you are called an outcast, Zion for whom no one cares.” — Jeremiah 30:17

For I desire mercy, not sacrifice, and acknowledgement of God rather than burnt offerings. — Hosea 6:6

Matthew reached above his head to adjust the tarp over his customs booth to keep the sun out of his eyes. Then he settled back into his seat to watch as a crowd gathered around the Prophet from Nazareth. Soon Jesus began teaching them, and although Matthew pretended to review his accounts, he was intently listening to every word the Man from Galilee said.

Matthew had been observing Jesus for some time from his booth in Capernaum. Jesus frequently taught large crowds near the sea, and Matthew’s customs booth gave him a front-row seat. He had seen Jesus heal the sick and cast out demons as well. Sometimes on the Sabbath, but not often, Matthew even slipped in the back of the synagogue to listen as Jesus taught. Matthew knew he wasn’t exactly welcome there.

According to rabbinical teachings, tax collectors, or publicans, were the most sinful of sinners. And Matthew was the worst kind of publican.

There were two basic categories. A Gabbai, (gab-bah’ee) was a despised general tax collector.

But Matthew was a Mokhes, a customhouse official, and that position was even worse. While both groups reported to the Romans and were therefore considered traitors to their own people, Mokhes were especially despised for their seemingly endless opportunities for harassment and extortion. A Mokhes could charge all manner of taxes in addition to duties on imports and exports. There were bridge tolls, road tolls, and harbor dues too. There were possible taxes on wheels, pack animals, axles, and pedestrians. The list was as limitless as a Mokhes’ imagination.

Furthermore, the Mokhes also had the authority to intercept travelers and require them to completely unload their pack animals for inspection down to the tiniest package and most personal scroll. Of course such inconveniences could be avoided… for a fee.

According to everything Matthew had ever learned about God, there was no hope for a Mokhes like him. Repentance meant turning oneself around, cleaning up, doing right. It meant making restitution above and beyond one’s sin.

As the rabbis said, “For herdsmen, tax collectors, and publicans is repentance hard.” (Babylonian Talmud, Baba kamma, 94b Barita)

The path to God was just too steep for a tax collector. So Matthew had given up on the idea of ever becoming anything more than what he was.

But then the Prophet from Nazareth came to town.

For a while, Matthew had enjoyed a front-row seat to Jesus’ ministry and plenty of time to ponder quietly all he witnessed. The message Jesus preached about the kingdom of God was unlike any Matthew had ever heard.

Jesus taught that God welcomed sinners no matter their past.

Jesus spoke of forgiveness of sins, actual forgiveness. Jesus swept away the impossible path of repentance that His contemporaries had paved with good works, and he redefined it as a simple willingness of the lost to be found. This message was the antithesis of all Matthew had ever been taught about God.

And no one could deny Jesus’ authority. He had healed a paralytic man right there in Capernaum. At this Rabbi’s touch, the blind saw, the lame walked, and the mute spoke. Even the demons obeyed Him.

Day after day, month after month, Matthew watched and listened until, somewhere deep in his heart, a spark of faith ignited.

If God were willing to receive him, Matthew was willing to be brought home.

But he still couldn’t bring himself to approach Jesus. He was still a Mokhes, and the weight of public scorn was too heavy. So Matthew believed and hoped quietly from his customs booth, unsure of what to do next.

Matthew watched as Jesus finished teaching and then dismissed the crowd. A strong, steady breeze blew in from the Sea of Galilee, and white sails bobbed over the water against the backdrop of a flawless blue sky. Jesus stood and looked across the promenade at Matthew. The tax collector self-consciously averted his gaze and pretended to inspect his accounts again.

But Jesus had been watching Matthew, too, and He had seen the spark of faith in his heart. Jesus walked over to the customs booth, and the Mokhes, so hated by all, turned his eyes up to meet the Savior’s.

Matthew smiled. Then he stood and walked away from his booth, his accounts, his gold, his past — and into his new life. The other tax collectors noticed the interaction and followed the two men to Matthew’s house. Matthew threw open his doors and spread the table with food and wine.

Soon his home was crowded with Mokhes and Gabbai, tax collectors and sinners. Jesus sat in the middle of them all, laughing and enjoying the meal.

His presence with them demonstrated a powerful truth about the kingdom of God. In their culture, a meal was never simply a meal. To eat with someone communicated deep and sincere acceptance of that person.

Some local Pharisees heard of the spectacle and dropped in to investigate. Jesus was receiving these sinners? It was outrageous!

The Pharisees cornered some of Jesus’ disciples to question His propriety.

“Why does He eat with tax collectors and sinners?” they demanded. – Mark 2:16

When Jesus lowered His goblet and turned to the Pharisees, the table grew silent.

“It is not the healthy who need a doctor, but the sick,” He said to them. “But go and learn what this means: ‘I desire mercy, not sacrifice.’ For I have not come to call the righteous, but sinners”. – Matthew 9:12–13

Jesus turned from the Pharisees and back to the dinner conversation. He had important work to do. He was welcoming sinners into the kingdom of God.

Friend of Sinners, Thank You for welcoming me to the Father just as I am. I am so glad to know my salvation does not hinge on my efforts or on my ability to make restitution for all I have done wrong. All I have to do is be willing to be found by You. Amen

Excerpted with permission from Arms Open Wide: A Call To Linger In The Savior’s Presence by Sherri Gragg, copyright Thomas Nelson.

Doesn’t this move your heart? How amazing it is to know that Jesus looks carefully to find even the worst of the worst sinners who have a spark of faith and aggressively pursues us! Do you relate with Levi/Matthew — watching Jesus and feeling unacceptable to enter into relationship with Him? Do you relate with the Pharisees who are outraged that Jesus made friends with the betrayers of their own people, the thieves! Most of us can see ourselves in that response as well. Come join the conversation on our blog! We would love to hear what Jesus is saying to your heart about Jesus’ wild, counter-culture grace! ~ Devotionals Daily 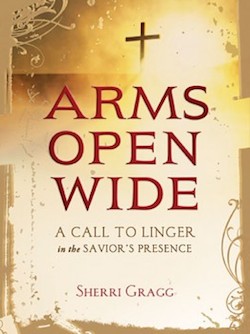