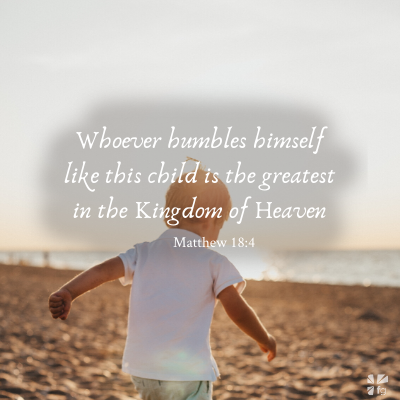 Say Hello to My Little Friend

If anyone causes one of these little ones — those who believe in Me — to stumble, it would be better for them to have a large millstone hung around their neck and to be drowned in the depths of the sea. — Matthew 18:6

Every older generation thinks the younger ones have it easier. That’s just natural because it’s true. Humanity is good at innovation, and life does get easier in many ways. It doesn’t matter how old you are; just think of how things have changed. It’s possible that my grandchildren will never learn to drive because transportation will be automated. It’s amazing how things change.

When I was a kid there was no internet. If you wanted to know something, you had to go to the library and look it up.

There was no social media, email, texting, or messaging. If you wanted to talk to a girl, you had to pass a note through three of her friends. I guess that’s about as gutless as texting now that I think about it. Some things never change.

There was no way to record TV shows either. If you wanted to watch The Wizard of Oz, you had to watch it when it was on, with commercials. It seemed to always be on during Sunday night when my parents made me go to church, so I was an adult before I realized Dorothy was trying to get back to Kansas. (Which still makes no sense to me.)

Back then there were only three or four channels on TV, and you had to use a little book called TV Guide to find out what was on when (that is, if your parents weren’t as cheap as mine and bought you one). And the cartoons were only on Saturday mornings, so you couldn’t sleep in. There were no virtual-reality video games with high-resolution graphics. We had Pong. Look it up.

The world is a different place today and changing every minute. Now try to imagine people from Jesus’ day walking around in the twenty-first century. They would be fascinated by many things. I’m sure technology would be the most surprising. But the sociology would also blow them away. As many social problems as we still have in regard to how we treat each other, people from the first century would marvel at how well we all — races and tribes — get along, seeing the near elimination of slavery and the major strides with regard to equality of women. And they would be absolutely fascinated by the way we treat our children, the care and protection we give.

I don’t mean to suggest that people of old didn’t love their children, but they cared for them very differently. It makes me laugh to think about one of those people trying to open a childproof handle or put a child in a car seat. As with technology, we’ve come a long way, even in my lifetime, regarding how we take care of our children. Back in my day we didn’t have nets around the trampoline. We just fell off. Back in my day we didn’t have seat belts. We just slid back and forth on the vinyl, hanging on for dear life. And sometimes I slept in the back window. Okay, I’ll stop.

I don’t know what they’d think about the way we care for children, but I know I’m grateful, because I love children, and so did Jesus. One of the angry incidents of Jesus in the Bible came about when the disciples didn’t value children enough. Mark 10:14 even tells us that Jesus “was indignant” in response to the situation. Indignant means “to have a strong feeling of displeasure and antagonism as the result of some real or sup- posed wrong—‘to be very angry, to be full of anger.’”1

Why was Jesus indignant? This situation started days earlier, in another funny story.

According to Mark 9:34, it all began with a “discussion” the disciples were having about who was going to be the greatest in the Kingdom. I don’t care how long you follow Jesus, selfishness is going to continue to creep into your soul.

What’s great about this story is that for some reason, James and John’s mother got involved. Their mom asked Jesus if her sons could sit next to Him on the throne (Matthew 20:20-21). Can you picture it? Hey, James and John, what is your mom doing here? I guess I need to have an endorsement for this book from my mom, now that I think about it.

Matthew 20:24 records that after this happened, the other ten became “indignant” toward the two of them. We must remember that most of the disciples were young at the time, but this is still a bizarre story. This was more than simply calling shotgun. They were positioning for power. What I’d like to know is whether the other ten were indignant because of what James, John, and their mom were trying to pull, or because they hadn’t thought of it first. Regardless, we know there was tension. Jesus knew there was tension.

They came to Capernaum. When He was in the house, He asked them, “What were you arguing about on the road?” But they kept quiet because on the way they had argued about who was the greatest. — Mark 9:33-34

If I may paraphrase, Jesus asked, “So what were you two arguing about back there?”

Jesus was just messing with them. He obviously knew what their argument was about, so He decided to set the record straight. “You guys keep forgetting that I’m Jesus, and I can hear you. I heard your little quarrel. Here is your answer about who gets to ride up front in the Kingdom of God.”

Remember that Jesus’ goal was for these disciples not just to ride in the Kingdom, but to drive it. Jesus was going to leave the keys to the Kingdom bus to them (Matthew 16:19), so they had to get this right! It always amazes me that Jesus has entrusted a small part of His Kingdom to the likes of leaders like me. I guess I don’t know for sure that He actually has, but I’ve been leading one of His churches for almost thirty years now and haven’t been struck by lightning yet, so allow me my delusion.

In this twenty-first century, I’m just one of the tiny, insignificant specks of leadership in His gigantic and eternal Kingdom, so there is a limit to what I can screw up. But these disciples were different. They were the Twelve! These guys were the make-or-break leadership team that was going to start the church. If they failed, Jesus would have died in vain. Yet here they were, shoving to get in front of each other in line! No wonder Jesus seemed a bit testy.

Jesus called a child over and had Him stand in their midst. They were in Peter’s town, and some scholars speculate that the child might have been someone from Peter’s family. The majority of my parishioners grew up with priests who couldn’t marry, and it usually surprises them to learn that Peter — Pope Numero Uno in their world — was married. We know this because Jesus healed Peter’s mother-in-law in Matthew 8:14. No one has a mother-in-law just for the heck of it.

But I digress. There was a kid there, and Jesus used this child as an illustration. He said,

I tell you the truth, unless you turn from your sins and become like little children, you will never get into the Kingdom of Heaven. — Matthew 18:3 NLT

He could have added, “much less lead the Kingdom of Heaven!”

Whoever humbles himself like this child is the greatest in the Kingdom of Heaven. — Matthew 18:4 ESV

All eyes turned to this child Jesus called over. Kids can become the center of attention very quickly if called upon. This reminds me of a story of a woman and a child in a church service. One day, as the pastor started his prayer, “Dear Lord, without you, we are but dust…,” her daughter leaned over to ask quite audibly in her shrill little-girl voice, “Mom, what is ‘but dust’?”

I’d still rather be with kids than grown-ups. Adults are boring. They have adult things to get done, important items to conquer, seats of honor to fight for in the kingdom. I agree with Jesus: kids are better.

And whoever welcomes one such child in My name welcomes Me. — Matthew 18:5

If this sounds familiar, it should. In chapter 11, Jesus taught us that when we do for the “least of these,” we’ve done it for Him. Greatness is about loving the least, not excluding them.

Excerpted with permission from What Made Jesus Mad? by Tim Harlow, copyright Tim Harlow.

The least of these matter to Jesus. Babies, toddlers, school age kids, junior highers, high schoolers… All of our kids matter! Come share your thoughts with us on our blog. We want to hear from you! ~ Devotionals Daily