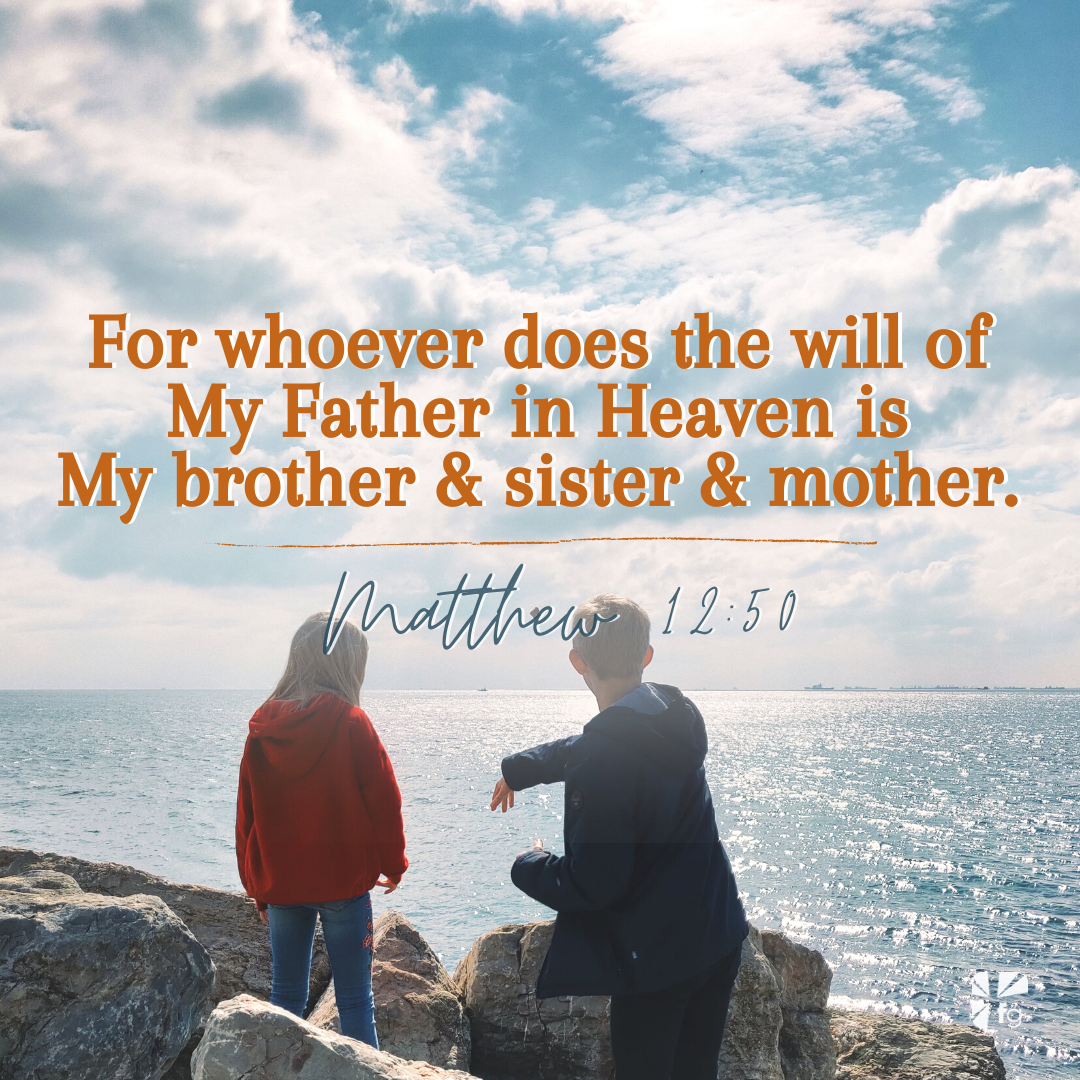 I commend to you our sister, Phoebe, a deacon of the church in Cenchreae. — Romans 16:1 NIV

Phoebe was a sister, an agent or representative from Paul to deliver his epistle to the Romans, the first interpreter of that letter, and a benefactor or patron.1 I’d like to come back to this passage now and further consider what it meant for Paul to commend Phoebe and to call her their sister.

Commending Phoebe to the Romans implies that she has a task that needs some outside authorization. It’s interesting, as we see Paul commending Phoebe to them as his authorized deliverer of the letter, to observe how he uses that same word translated commend in 2 Corinthians 3:1-3. Here he tells the Corinthian church that they are Christ’s letter, delivered by Paul and the apostles, that commends them for their ministry. In other words, the faith of the Corinthians was Paul’s commendation letter from Christ, Paul’s authorization as an apostle to continue to minister to them. This same word is used to commend Phoebe to the Romans.

Have you ever commended anyone for a mission?

My house has reached that age when the original appliances are beginning to break down. Our microwave was the first to go. After doing a ridiculous amount of research to find the best microwave for our price range, we discovered that it was a bit shorter than our last model and our backsplash tile came about a half inch short of meeting it. My husband, son, and I went to Lowe’s and had some tile cut to fill in that space of exposed drywall. It took forever to get someone to cut it, so we ended up shopping for some more home improvement needs while we were waiting. Forever. My son was just standing around when Matt had the blessed opportunity to check out, so he put my son to work, telling him to grab some bags to take to the car. Finally, we were leaving, and we could get back to fixing our kitchen — or so I thought. My son dropped the flimsy plastic bag holding the perfectly cut tiles, and they broke into pieces once they hit the parking lot pavement.

This is the part where my husband and I both paused and processed whether we were going to act on how we really felt inside. I’m sure none of you parents have ever felt like unloading. But I did. There was no way we were going back in the store on that day — we were done. I took a breath and, as even-toned as I could, asked, “What happened? How did you drop the bag?” (Perhaps a bit of an exclamation mark should be added after the question mark. Maybe half.) My son replied, “Guys, I’m thirteen. Why did you give me the bag with the tile?” Now, a thirteen-year-old should be perfectly capable of carefully carrying a bag. But he also had a point. If we cared so dang much about how it was handled, was he really the best choice? I may commend to you some thirteen-year-olds to handle something fragile that you may need delivered, but not my son. At this stage in life, he didn’t take the best care of things.

[Phoebe’s situation in delivering this epistle is very fragile.] This is a group of house churches made up of Jews and Gentiles in an influential area that was not directly established by one of the twelve apostles. Paul cannot go to Rome himself to address the issues they are questioning or are divided on. He has the delicate task of trying to garner their support for his own apostolic missionary work, as well as uniting weaker and stronger siblings in the faith under a robust teaching of God and salvation. I wonder how long it took Paul to complete this epistle.2 I wonder if when Paul finished, he thought to himself that the Holy Spirit had breathed out through him a masterpiece that theologians would be in awe of to this day. His heart must have been filled with gratitude, at the least, that the Lord would give him this profound and glorious teaching to share. I once heard Romans described as the diamond on the ring of the band that is the canon of Scripture. I imagine how Paul must have prayed over its reception by the Romans. No doubt, selecting the deliverer to get it there to communicate (make common) and commune (share, hold in common) with these churches was a big deal.

Think about all that is behind this commendation! Paul passes the baton to Phoebe. Donald Grey Barnhouse writes, “Never was there a greater burden carried by such tender hands. The theological history of the Church through the centuries was in the manuscript which she brought with her. The Reformation was in that baggage. The blessing of multitudes in our day was carried in those parchments.”3 Paul authorizes a woman to communicate and make common “his greatest letter-essay, the most influential letter in the history of Western thought, and the singularly greatest piece of Christian theology”4 with God’s people. James Montgomery Boice notes that Phoebe likely had traveling companions, as it was unsafe for women, or anyone for that matter, to travel alone in the conditions of the ancient world.5 But Paul makes sure Phoebe is known as the prominent one bearing the epistle on his behalf. It wasn’t just because it needed to be delivered from point A to point B (like our kitchen tiles).

The first thing Paul says about Phoebe in commending her to the Roman churches is that she is their sister. We can easily overlook the significance of this status, as we often use this expression as a casual term of endearment. But there is both an affection and a theology behind Paul introducing Phoebe as not only his sister but theirs in common.7

And this isn’t a status that Paul reserves just for his favored co-laborers or leaders. Reidar Aasgaard, professor of intellectual history at the University of Oslo, wrote extensively on the meaning of Christian siblingship in Paul’s writing, noting that this is his most frequent way of describing the Church. Aasgaard studied the epistles to the Romans, 1 and 2 Corinthians, Galatians, Philippians, 1 Thessalonians, and Philemon to discover that Paul used the Greek root for siblings 122 times, and only 2 of those instances refer to biological siblings. Comparatively, Paul describes his fellow Christians as “church” 45 times, “holy” 25 times, “called” 5 times, and “body of Christ” 3 to 4 times.8 In communicating this way, Paul “says something about Christian relationships, what they are like, and what they should be like: in fact, he here appears to disclose elements of his ecclesiological and ethical thinking.”9

Aasgaard explains how Paul is drawing on the notions his hearers have regarding siblingship, one of the most powerful ancient social institutions in antiquity, to teach Christians about how their affection toward one another should be oriented, and what rights and obligations they have as siblings. It’s an influential term “to appeal to them, criticize them, strengthen them, or make them change.”10 Paul is introducing some novel kinship applications for Christians as he draws from the Jewish, Hellenistic, and Roman cultural concepts to which the church in that context could relate.11

The average household size in ancient times was smaller than you might expect. Women had a life expectancy of only sixty years old if they weren’t among the many who died giving birth. Men weren’t expected to live past forty-five. Thus it was common for children to grow up without both parents. “Only about 20 per cent were born with a (paternal) grandfather.”12 Child mortality rates were also high. “On average, every female had to bear five children for two of them to reach adulthood, and thus be able to marry and secure succession.”13 By ten years old, one typically had about two siblings, and by thirty-five, the demographic dropped to around one and a half. Given these statistics, you can imagine how meaningful siblings were to one another and how much they depended on one another. The household responsibilities were enormous for the mission of the family name, including the family faith, and the household was the center of economic production, education, religious and judicial functions, social security, emotional support, and social contact.14 “While deaths changed the head of the household and shook up the siblings’ responsibilities, the relationships between surviving siblings were an anchor to their family history and identity… By using the metaphor of natural siblings in ancient households, he draws on the common knowledge that Christians should honor one another in this valued relationship, promote unity, and live in harmony, which was ‘a fundamental condition for a successful family life.’”15

This is just a small overview of the notions Paul is drawing from when he calls Christians brothers and sisters. Therefore, we really do zoom past significant context if we don’t allow this sibling title to inform our attitudes.16 He is not merely using siblingship as a metaphor for the Church. This is our new reality, our new status in Christ, who is our Elder Brother.17 And this new status has precedence even over biological siblings. Jesus presses this truth when he is interrupted from his teaching by someone saying,

Look, your mother and your brothers are standing outside, wanting to speak to you. — Matthew 12:47

He doesn’t reply, Oh, this must be important; excuse me for a second. He doesn’t even reply, Okay, let them know I’ll talk to them when I’m done speaking to the crowds. No, quite shockingly he says,

“Who is my mother and who are my brothers?” Stretching out His hand toward His disciples, He said, ‘Here are My mother and My brothers! For whoever does the will of My Father in Heaven is My brother and sister and mother.” — Matthew 12:48-50

While we know Christ loved and cared for His biological family and Scripture exhorts us to do the same,18 we see that Christ now views those spiritually united to Him as siblings in an even truer sense!

So, even as we see Paul commending Phoebe as a deacon and a prostasis, her highest honor and title is as our sister in Christ. Paul is saying that she is one of us. And that means that she too has rights and obligations as a sister.

Do we commend sisters in the church this way now? Obviously, Paul has invested in Phoebe. There is reciprocity in the relationship. He was happy to be helped by her benefaction, but he also must have picked up on her theological vigor and poured into her, equipping her well to answer the questions the Roman church was sure to have regarding the epistle. In a day with Google and cell phone accessibility, we can easily miss the value of the deliverer. Paul wasn’t traveling to Rome yet, he couldn’t be reached via FaceTime, and these churches were not even established by him or Peter. There was no backup drive, just a painstakingly written thirteen-foot-long scroll. He sends Phoebe. With the letter to the Romans. Let that sink in! This is what a sister can do!

Biblical manhood and womanhood have gotten messy over the centuries, haven’t they? Yet, Christ Himself, and the Apostle Paul relied upon women as co-laborers and sisters. What does that mean for you? That your ministry is important! Think of your role and share your thoughts with us on our blog. We want to hear from you! ~ Devotionals Daily