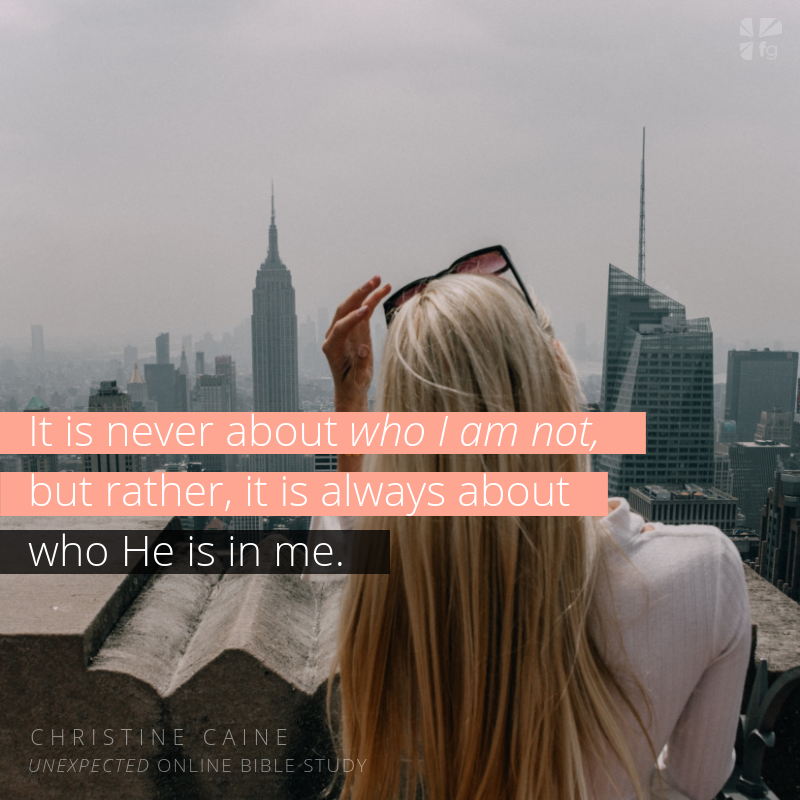 More than a decade ago, when Nick and I first began researching the possibility of establishing an anti-trafficking organization, we were given a terminal prognosis: impossible.

The feasibility study from the consultants we’d hired used that word ten times in their report. Ten times. And opening an office in Thessaloniki? It was the worst location we could pick, they said. They cited several legitimate reasons, including a lack of laws against human trafficking, corruption, and economics.

But Thessaloniki was the best European location to fight global slavery because it was in the middle of the biggest gateway illegal migrants followed into Europe. Traffickers knew this route, as it had been used for thousands of years for slave trade. Even the apostle Paul encountered this heinous crime when he intersected with a slave girl on his way to a place of prayer in the city of Philippi, a mere two-hour car ride northeast of Thessaloniki.1 Just as in biblical times, modern-day traffickers had been preying on innocent victims there for years — luring them from impoverished nations with promises of work and hope for a better life.

Why would God tell me to do something so impossible?

It would have been so easy to stop right then. No one would have blamed us — especially if they’d read the report we did. But impossible is where God starts, and miracles are what God does. So we began where God starts. It wasn’t easy getting our vision up and running, but by the grace of God we moved forward.

Many times in the process of meeting with officials and working through obstacles, I felt so unqualified. Who was I to tackle something like this? I had no idea how to run an anti-human trafficking organization. I had no training in how to rescue slaves. I didn’t know the right people. I didn’t have all the resources I needed. I had no idea where God was leading us. I had to walk by faith and not by sight. I had to trust in the Lord with all my heart and lean not on my own understanding. I was the mother of two children under four at the time, living on the other side of the world, already working a full-time job. I was not looking to do something else.

But then, there was this unexpected call from God. He does love to surprise us. I knew I was unqualified, but I was willing, and I knew I had to draw my confidence from the Word. There seemed to be a precedent in the Bible for God using people who considered themselves unqualified, insecure, and incapable. When they obeyed and did what He called them to do, it ensured that He received all the glory. Isn’t that who Moses was? He was on the backside of the desert tending sheep when God asked him to go back to his homeland — Egypt — to rescue three million Hebrew slaves and lead them to freedom.

I was passing through a small regional airport when God drew my attention to posters of missing women and children. Especially to a child named Sophia — just like my own Sophia. God was asking me to help find tens of millions of slaves scattered around the world and to rescue them. How could I not, at the very least, experience the same emotions as Moses, to raise the same three objections he did, ones familiar to us all?

Who am I? Moses felt insecure and so did I — and I pointed this out to God just as emphatically as Moses did.2 But God told Moses that who he was didn’t matter as much as who was with him. My insecurities didn’t matter any more than Moses’s insecurities did. What mattered was who was with me, who had called me. God had called me. I chose to trust in that truth every time I met with an official or an expert who had so much more knowledge than I did. I had to believe that greater is He who is in me, and I can do all things through Christ who gives me strength.3

Just as in everything else, I had to rely on God’s Word.

Who are You, God? Moses didn’t yet know God as intimately as he would come to know Him in the years ahead.4 So it is with all of us when we begin to fulfill our purpose. Every new initiative God has called me to start has deepened my relationship with Him — whether it was when I was driving around the backside of Australia teaching youth, forming Equip & Empower Ministries, establishing A21, initiating Propel, writing books, or launching a TV program. As I have chosen to press in, to keep growing through every season of my life, I have discovered deeper truths about who God is.

I continue to learn that His Spirit in me is enough in every situation, and that I can do all things through Christ that strengthens me.5

It is never about who I am not, but rather, it is always about who He is in me.

I’m not eloquent of speech.6 Although I had experience teaching the Bible and sharing my testimony, I had never spoken to people about human trafficking. In fact, I felt entirely inadequate to do so. I did not know the right terms to use, nor did I have the right education to qualify me for this type of work. How could someone as unqualified as me speak to experts in law enforcement, government, community groups, or the media about slavery? I felt like Moses going before Pharaoh, the highest person in the land, to tell him to let the slaves go. And God assured me just as He assured Moses: I made you, and I will help you. I will teach you what to say.7

My guess is that you can relate to every one of Moses’s fears and questions just as I did. How many times in a typical day do we let our fears lead us away from our purpose?

I’m not good enough. I’m not talented enough. I’m not educated enough. I’m not resourced enough. What if I fail? Moses even went as far as to tell God to pick someone else.8 God didn’t send someone else in Moses’s place, but he did send his brother Aaron to go with him and support him. With God’s power, Moses overcame his initial fears and went to Egypt to confront Pharaoh — a king whom three million Israelites greatly feared.

By the grace of God, Nick and I moved forward too, knowing that any success we would have in helping to abolish slavery everywhere forever would have nothing to do with us or our limitations but everything to do with God’s great power at work in us. What would be impossible for us would be possible for God, because with God all things are possible, and nothing is impossible.

If God has called you to do something that you cannot possibly do on your own, wait for Him to do the unexpected! He is with you and He is in you! He will do it! Come share your thoughts with us on our blog. We want to hear from you!

Have you heard about the Online Bible Study?

Unexpected is a 5-week online Bible study with Christine Caine and the online community at Studygateway and Faithgateway! Find out everything you need to know here. 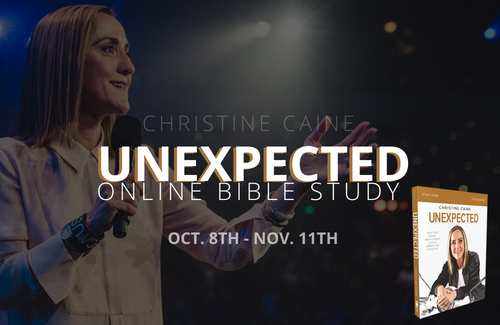