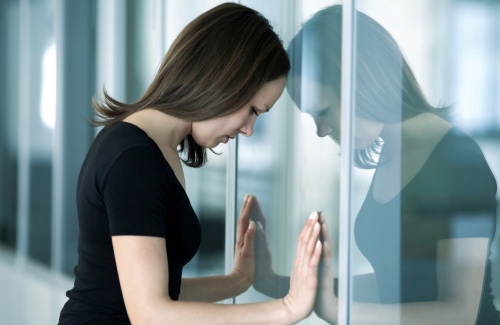 When you think of unqualified underdogs in the Bible, you have to look no further than David. David has always been a favorite Bible figure for me. I can relate to David on a lot of levels. He was a real guy with real flaws and a real heart for God and for people. I get that.

David was a guy who came from humble beginnings. He was a no-big-deal kind of kid who was thrust into the limelight in a Price Is Right “Come on down” TV-game-show moment. I like David because he was a world changer, but he wasn’t perfect. In fact, he was a screwup in many ways. But somehow, in the midst of the multiple messes he seemed to get himself into, God still used him. God still said he was “a man after My own heart” (Acts 13:22 NKJV).

King David changed the world. He took his nation in a whole new direction and changed the face of the world from that time on. Jesus was a descendant of David. Forty-two generations after David came Jesus. And Jesus changed the world as well. But here’s the thing about David. Long before he changed the world, led his nation in a new direction, and became Jesus’ ancestor, he was a whole lot of nothing special. Actually, that’s probably still overstating it a bit. See, when we first meet David, he’s anything but a world changer and a king. When we first meet David, he is an underdog. First Samuel 16 tells us the story.

In ancient Israel, a few centuries before Jesus came on the scene, God’s people started grumbling about wanting a king. Until that point, God had been their King. He spoke and led them, and it had worked out fine. Except for one small detail: they couldn’t see him. So over an extended period of time they began asking for a king they could see. They wanted to be able to see and feel and touch the king leading them, not just hear from him or about him.

However, God, knowing what was best for them, was like, “Trust me. You don’t want that. An earthly king will only mess things up. I’ll be your King. Trust me. It’s just better that way.” Well, they didn’t receive that, so they kept going back and forth with God about it. After much debate, God relented and basically told them, “Okay, fine, have it your way,” and he gave them a king whose name was Saul.

Now, here’s what you need to know about this first king, Saul: he was, by earthly standards, the ultimate king. He looked more like a linebacker than a king. The Bible tells us he stood a head taller than everybody else in the land. He was big and strong and happened to be a fierce warrior. By outward appearances, Saul was the man.

This went on for quite a while. Saul went back and forth between wanting to please God and wanting to do his own thing. Back and forth, back and forth, like a tennis match. Obviously, this situation didn’t make God very happy. So eventually, God decided his patience with Saul had run out, and he announced he was lifting his hand of anointing off Saul. God decided to go in a whole new direction and would choose a new leader for his people.

Cut to the Present Day

I believe we’re living in a similar time. Unfortunately, our world is filled with one headline after another of leaders who have gotten a bit schizophrenic in their leadership. From political figures having affairs to corporate executives embezzling and cheating loyal employees out of millions of dollars, the world we now live in has chosen its own way over God’s way and, consequently, has lost its way.

And sadly, the body of Christ is no exception. Not a month goes by that we don’t read of yet another leader in the body of Christ who has decided to choose his own way over God’s best way. Scandals, affairs, and embezzlement are terms used to describe far too many church leaders’ actions today.

That was the case in ancient Israel with Saul, and that is the case today. But just as God stepped in to change a nation’s course, so I believe God is stepping in once again to our world to change its course. God is doing a new thing in our world today. In the same way God moved in a new direction after Saul, God is moving in a new direction today.

He is looking for men and women willing to be a part of a new group of underdogs. And the first and loudest message you must get from this book is that you have permission to believe God wants to use you. Let me repeat that because I don’t want you to miss it:

You have permission to believe God wants to use you.

Now, here’s what I realize: right about now, you’re probably thinking, Yeah, sure, Matt, I believe that on some level, but come on, it’s probably not me. If you’re thinking that, trust me. I understand. It’s easy to dismiss the possibility that God might actually be calling us to lead and change our world. It’s easy to see ourselves as underdogs.

But what if? What if it’s true? What if it’s possible God might want to take our world in a new direction? And what if he might place his hand on a bunch of underdogs just like you and me to do it? If that’s true, think of the implications. Imagine what could be possible if a movement of underdogs across our world began to rise up and take our world in a new direction!

Imagine the life change that could take place. Imagine the problems we could solve. Imagine the impact we could make. Imagine the pains and injustices plaguing so many in our world today that we could alleviate if we, the underdogs, actually gave ourselves permission to believe we are the ones God wants to use.

What underdog stories have you experienced where God worked through you regardless of your qualifications? Leave your comments below. 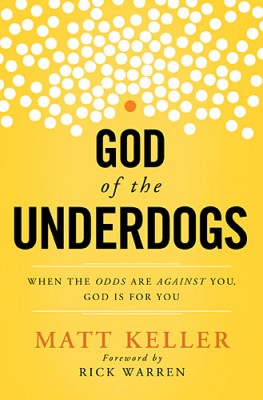