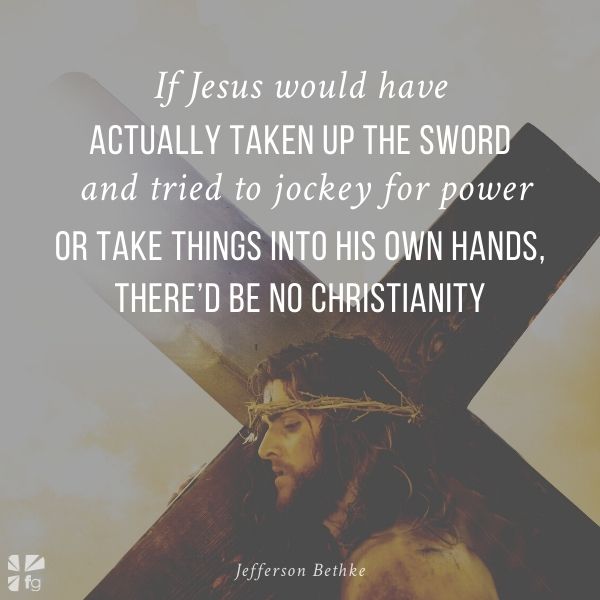 You’ve probably heard that fear of public speaking is one of the greatest fears in our society. That doesn’t come from some random backwoods survey. It actually originated with Chapman University and their now famous “Survey of American Fears,” which started in 2014.

Among others that year were walking alone at night, being victim of identity theft, and being the victim of a random mass shooting.

But those are no longer people’s greatest fears. It’s fascinating how drastically those fears have changed in just a few years.

For two years in a row, want to guess what the number one fear has been among surveyed Americans?

Coming in at a whopping 74 percent of those surveyed, saying they were afraid or very afraid, was the fear of “corrupt government officials.”1

In fact the three top fears for 2017 were corrupt government officials, health-care concerns, and pollution of the environment (and the top ten included the US being involved in another war, North Korea, and another financial collapse).

All highly political and media-centric stories.

The professor in charge of the survey noted, “We are beginning to see trends that people tend to fear what they are exposed to in the media. Many of the top 10 fears this year can be directly correlated to the top media stories of the past year.”2

Basically, the stories we see and hear are whipping us up into a frenzy, fanning the flames of fear. How big will the fire get before it consumes us all?

No wonder politics has become so divisive and harsh; our greatest collective fears are wrapped up in it. Fear is the greatest motivator there is. It’s what drives us. It is the tick in the clock of our hearts and minds.

I always find it compelling that the apostle John, in his famous section on love in the New Testament, never once mentioned hate. If we were asked for a knee-jerk reaction to the opposite of love, what would almost all of us say?

But that’s not correct. Fear is the thing under the soil giving the hate life and growth.

Fear is a deeper, much more insidious, motivator.

And almost every atrocity in the twentieth century—from the holocaust to the Rwandan genocide—can be traced back to a deeply held fear that then was stoked into hate.

We fear the other.

Whatever the other is for you. White. Black. Republican. Democrat. Sunni. Shiite. Jew. German. Christian. Atheist.

But we have to dive head first into that dark and muddy part of our heart. Not put it away. Not shy away from it. Not run from it.

What’s down there at the depths? What are we truly afraid of?

That someone is going to take something from us? That we are going to lose something?

Because here’s the thing I think makes us distinct from others: We have absolutely nothing to fear. Not even death itself.3 What can the world or others do to us? And this is why actually following the way of Jesus is so critical compared to just extracting Christian truths to adapt to our lives.

If we consider how Jesus actually walked and look at his ethos as he went about his life, we find someone who was afraid of no one and no thing. And this prevented knee-jerk reactions. Prevented him from picking up a sword and taking down Rome.

And it made it possible for empathy to radiate from his very being. Because there was actually room for it. There was nothing to be afraid of. All authority on heaven and earth had been given to him. He had legions of angels at his disposal. He had divine representation and authority in himself.

And yet, he chose to willingly die for others—namely, his enemies.

And that changed the world.

What’s interesting is if Jesus would have actually taken up the sword and tried to jockey for power or take things into his own hands, there’d be no Christianity. There might have been a flash in the pan. But no movement that turned the world upside down, that’s for sure.

Sin is the enemy.

And there’s only one thing that has the power to quench the giant that is sin.

That is that person and piece of wood raised up outside the city two thousand years ago.

Dying for enemies. Grasping for nothing.

That breaks cycles. Chains. And powers.

Excerpted with permission from To Hell with the Hustle: Reclaiming Your Life in an Overworked, Overspent, and Overconnected World by Jefferson Bethke, copyright Jefferson Bethke.

There is no fear in love. But perfect love drives out fear —1 John 4:18

As a follower of Jesus, ask yourself what you’re afraid of… particularly as it pertains to other people. Look at where you get the angriest or most uptight and I bet you’ll find your greatest fear. What would it look like to lay down your fears, hate, and weapons and pick up enemy-love instead? We’d love to hear your thoughts in the comments!