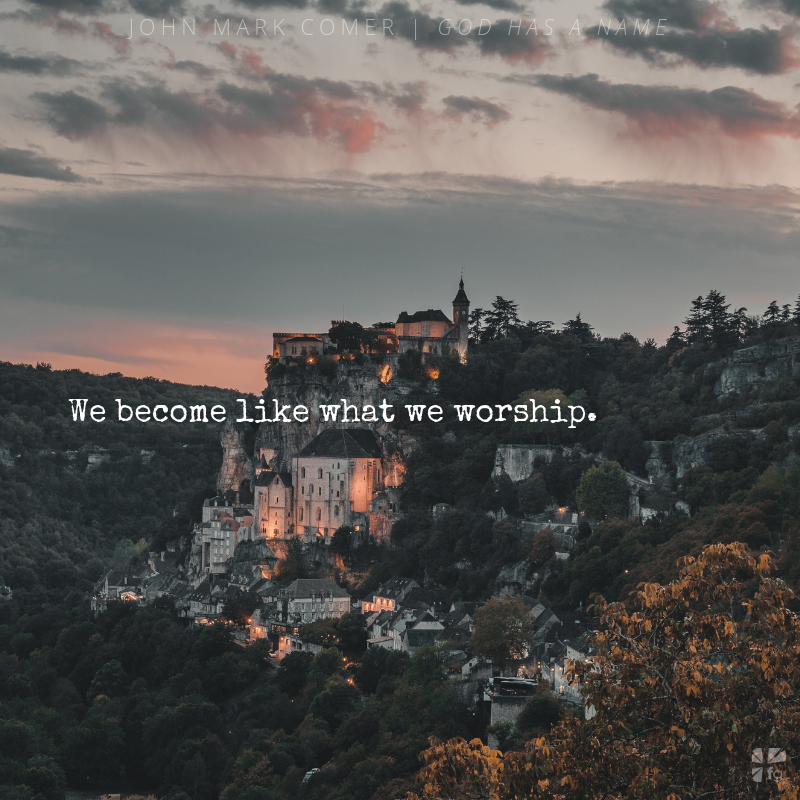 When we talk about God, it turns out we’re all over the map.

In the West, we still live in a hangover from our Christianized past. There was a time when you could say “God,” and people would immediately think of the God we read about in the Scriptures and see in Jesus. Most people would even come to the same basic conclusions about this God.

That time has long since gone the way of the earth.

Today, when I say “God,” you might think any number of things, depending on your country of birth, language, religion, church experience, background — and, of course, whether or not you have cable.

All of this brings me to the question at the heart of this book: Who is God?

I’m not writing this book to prove that God exists. If you’re an atheist, welcome to the table. We’re glad you’re here. Just know that I won’t go into a litany of reasons that I’m right and you’re wrong. There are a lot of people way smarter than me — the kind with extra letters after their name — who’ve already had a crack at that.

I can only speak out of my own life, and, for me, God’s existence was never the question. I’ve been down the road of doubt, had a crisis of faith — a few actually — thought long and hard about Jesus, and had a list of questions about the Bible stretching to Florida and back (I live in Portland — it’s a long trek). But for me, the question was never whether God exists. The way I’m wired, that was axiomatic and self-evident.

Have you been outside recently? For me, the far more interesting question was always, “What in the world is God like?”

Or a she? Come on, sisters…

Is God a they?

Is the tree in my front yard full of the divine?

Is God even a person? Or is he/she/they/it/the tree/maybe-even-me more of an energy force or a state of mind?

Or is God just a myth? A carryover from a world that all smart, thinking people have moved on from? Now that we have science and technology, “we know better.”

Let’s assume for now that there is some kind of an invisible-but-real being who made everything, and for now let’s call this being “God.” If so, what is this God like?

Kind, or cruel? Close by and involved in my life, or far-off and aloof?

Does he vote Democratic? Or is he a Republican? Maybe Green Party?

Or how about this one: Is God even good for the world anymore? Fewer and fewer people answer yes. What if God and religion are just an endless source of violence and hatred and bigotry and hypocrisy and really bad music?

Who is this “God” we love, hate, worship, blaspheme, trust, fear, believe in, doubt, cuss in the name of, bow to, make jokes about, and most of the time just ignore?

I would argue that how you answer this question will define you.

The twentieth-century writer A. W. Tozer made a stunning claim: “What comes into our minds when we think about God is the most important thing about us.”1 Really?

The most important thing?

More than our gender or sexuality or ethnicity or family of origin or the town we grew up in or where we went to college or our tax bracket or whether our sport is American football or futbol football?

Absolutely. Here’s a truth that cuts across the whole of the universe: we become like what we worship.

Tozer went on to write, “We tend by a secret law of the soul to move toward our mental image of God . . . Were we able to extract from any man a complete answer to the question, ‘What comes to mind when you think about God?’ we might predict with certainty the spiritual future of that man.”2

Put another way, what you think about God will shape your destiny in life.

If you think of God as a Left-Coast, educated, LGTBQ-affirming progressive, that will shape you into the stereotype of the wealthy bohemian with the “We Will Not Tolerate Intolerance” bumper sticker on the back of your hybrid. (Don’t take that as a slam. I’m writing about half of my neighbors and friends.)

If you think of God as the cosmic version of a life coach, there to “maximize your life,” that will shape you into a self-helpy yuppie, even if you dress it up and call it following Jesus.

You see what I’m getting at?

The ISIS terrorist beheading the infidel, the prosperity gospel celebrity preacher getting out of his Hummer after late-night drinks with Kanye West, the Westborough Baptist picketer outside a military funeral screaming “God hates f—s!”, the Hindu sacrificing a goat to Shiva, the African witch doctor sacrificing a little boy, the U.S. Army sniper praying to God before he takes the shot, the peace activist risking her neck to stop another war because she believes in Jesus’ teachings on enemy love, the gay singer who stands up at the Grammys and says thank you to God for his song about a one-night stand, the Catholic nun giving up a “normal life” to live in poverty and work for social change — all of these men and women do what they do because of what they believe about God.

So clearly, what we think about God matters. Who God is has profound implications for who we are.

Here’s the problem: we usually end up with a God who looks an awful lot like us.

As the saying goes, “God created man in His own image. And man, being a gentleman, returned the favor.”3

There is a human bent in all of us to make God in our own image.

My friend Scot McKnight is a New Testament professor in Chicago. For years, he taught a class on Jesus, and he would start every semester with two surveys. The first was a set of questions about the student: what they like, dislike, believe, and so on. The second was the same set of questions, but this time about Jesus. He told me that 90 percent of the time, the answers were exactly the same.

Here’s how you know if you’ve created God in your own image: He agrees with you on everything. He hates all the people you hate. He voted for the person you voted for. If you’re a Republican, so is He. If you’re a Democrat, She is too. If you’re passionate about _____, then God is passionate about _____. If you’re open and elastic about sexuality, so is He. And above all, He’s tame. You never get mad at Him or blown away by Him or scared of Him. Because He’s controllable.

And, of course, He’s a figment of your imagination.

Often what we believe about God says more about us than it does about God. Our theology is like a mirror to the soul. It shows us what’s deep inside.

Maybe the truth is that we want a God who is controllable because we want to be God. We want to be the authority on who God is or isn’t and what’s right or wrong, but we want the mask of religion or spirituality to cover up the I-wanna-be-God reality.

The most ancient, primal temptation, going all the way back to Adam and Eve in the Garden, is to decide for ourselves what God is like, and whether we should live into His vision of human flourishing or come up with our own. All so we “will be like God, knowing good and evil.”4

This is why theology is so incredibly important.

The word theology comes from two Greek words — theo, meaning “God,” and logos, meaning “word.” Simply put, theology is a word  about God. It’s what comes to mind when we think about God.

It’s not like some of us are into theology and others aren’t. We all have a theology. We all have thoughts and opinions and convictions about God. Good, bad, right, wrong, brilliant, dangerous — we all theologize.

But the problem is that much of what we think about God is simply wrong.

I know that’s blunt, but I don’t really know how else to say it.

Much of what we read in the news or see on TV or pick up on the street about God and the way He works is wrong. Maybe not all wrong, but wrong enough to mess up how we live.

In the modern world, we start with the assumption that we know what God is like, and then we judge every religion or church or sermon or book based on our view of God.

A while back, I read an interview in Rolling Stone with a celebrity who said he grew up in the church but left it in college because he “couldn’t believe in a God who would limit sex to one man and one woman for life.”5 What was shocking to me wasn’t the sex part. This is the modern world after all. And the dude was a rock star…

What was shocking to me was the bizarre twist of logic.

As if what we think and feel about God is an accurate barometer for what He is actually like.

The Scripture writers come at it the other way around. From Moses to Matthew, they just assume we have no idea what God is like. In fact, that a lot of what we think about God is totally off base. If history teaches us anything, it’s that the majority are often wrong.

And don’t think that if you’re religious — or even if you’re a Christian — you’re off the hook. Jesus spent the bulk of His time helping religious people see that a lot of what they thought about God was wrong too.

Or He would start a teaching by saying, “The kingdom of God is like…” and then tell a story that was radically out of step with how people in His day and age thought.

For Jesus and all the writers of Scripture, the starting point for all theology is the realization that: we don’t know what God is like, but we can learn. But to learn, we have to go to the source.