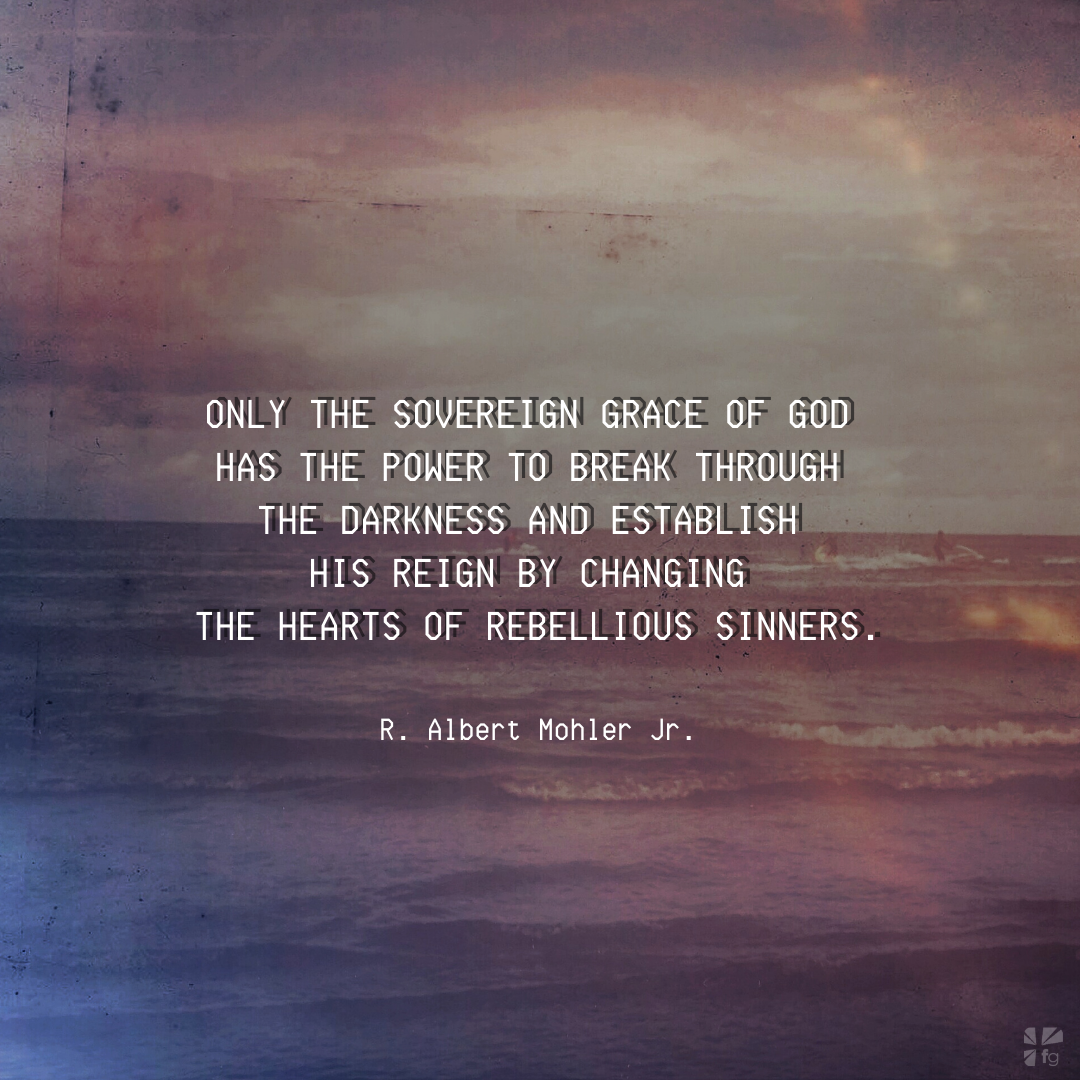 The first petition in the Lord’s Prayer is that

“Your Kingdom come,” builds on the first by

showing us how God’s name is hallowed in the

world. God reveals His character and reputation as His Kingdom spreads to every corner of

the earth and as citizens of that Kingdom do

God’s will on earth as it is in Heaven. But what is God’s Kingdom, and what does it mean to pray for its arrival?

In the twentieth century a number of faithful evangelical scholars such as George Eldon Ladd reinvigorated our understanding of the Kingdom.1 They demonstrated that in Scripture the Kingdom of God must be understood as something that is already here on earth but not yet fully present. In other words, the Kingdom of God has been inaugurated but not yet consummated. As Ladd and others pointed out, the Kingdom of God is essentially the end-of-history, or eschatological, vision of the Old Testament. The authors of the Old Testament envisioned a day when God would send the Messiah to triumph over Israel’s enemies, establish the throne of David, and reign in righteousness.

This Kingdom arrived with the coming of Christ, who urged His hearers to repent because the “Kingdom of God is at hand.” Christians are now part of that Kingdom. As Paul stated, “[God] has delivered us from the domain of darkness and transferred us to the Kingdom of His beloved Son” (Colossians 1:13). Thus, even though we await the full expression of God’s Kingdom that will come in glory and power at the return of Christ, we are at this time living under the reign of God as His people — we are citizens of that Kingdom.

Even so, the question remains, “What is the Kingdom of God?” The answer is found in the way the Bible speaks about God’s Kingdom in terms of creation, the fall, redemption, and consummation.

Graeme Goldsworthy has defined the Kingdom of God as “God’s people in God’s place under God’s rule and blessing.”2 Each of these features is present in the earliest manifestation of God’s Kingdom in the garden of Eden. God’s people, Adam and Eve, live in God’s place, the garden of Eden, under God’s rule and blessing. The fall completely disrupts the Kingdom. Adam and Eve are exiled from the garden, no longer able to enjoy God’s blessing because they rebelled against God’s rule. Indeed, apart from redemption, rebellion is the state of every natural man. We are all born east of Eden, traitors to the crown, and living in what Paul calls the “kingdom of darkness” (Colossians 1:13).

But God did not leave this world in darkness. In the work of redemption, God continued the work of building a Kingdom on earth. Thus, God called Abraham and his children (God’s people) to be a light to the nations (Isaiah 42:6; Isaiah 49:6). He promised them the land of Canaan (God’s place) where He would dwell with them in the tabernacle and then in the temple. Finally, God gave the Israelites His law and the sacrificial system so that they might draw near to Him (God’s rule and blessing). Yet, as we all know, Israel failed to do and to be what God desired of them. Like Adam, they rebelled against God. Even their kings, those who were supposed to represent the nation, were almost to a man rebellious and wicked, often leading the people to worship false gods.

As a result, God sent Israel into exile in Babylon, just as He expelled Adam from the garden. Yet even in the midst of this judgment, the prophets spoke of a day when God would fully and finally bring His Kingdom from Heaven to earth. Jeremiah, for instance, spoke of a day when God would inaugurate a new covenant, when the law would no longer be written on tablets of stone but would instead be written on the tablets of people’s hearts. In other words, the law would no longer only be something outside of us (demanding obedience and condemning our failure) but instead would be something God etched on our hearts, giving us the power to obey His commands….

Of course, we still wait for the day when this Kingdom will be consummated. As of right now, the people of God are at war with spiritual darkness. We are carrying out a commission to make disciples of the king and citizens of the Kingdom. And, of course, we can only do so with great suffering and tribulation. Thus, while we are indeed in God’s Kingdom, we still await God’s Kingdom in its fullness. We still await the completion of the Great Commission. We still await the coming of the King and the destruction of all wickedness. We long for the day when we will no longer be the church militant, but the church triumphant. Revelation 11:15 describes just what that day of consummation will bring: “Then the seventh angel blew his trumpet, and there were loud voices in Heaven, saying, ‘The kingdom of the world has become the Kingdom of our Lord and of His Christ, and He shall reign forever and ever.’ ” Now we have a few key insights helpful in interpreting this petition — “Your Kingdom come”— in the Lord’s Prayer. God’s Kingdom is essentially His reign over His people for their good and His glory. God’s reign is not just His absolute sovereignty; it is also a redemptive reign that transforms hearts and creates obedience.

This leads to a further question: According to Scripture, how does the kingdom of God come from Heaven to earth? Many horribly wrong answers to that question have been given in history. Theological liberals in the early twentieth century argued that the kingdom of God arrived through moral reform and social justice. This view, sometimes called the “social gospel” and championed by theologians like Walter Rauschenbusch, saw the Kingdom of God as something humanity itself could achieve through social action. Theological conservatives have sometimes also erred in thinking that Christians can usher in the Kingdom through political action and cultural influence. The problem with this way of thinking is, of course, that Jesus’ Kingdom is not of this world (John 18:36).

Political power and cultural influence are not unimportant, but they can never change the hearts of sinners nor provide the forgiveness of sins.

The Bible teaches that God’s Kingdom only comes as God’s people preach God’s Word, which, coupled with God’s Spirit, produces life and obedience. To use the language of Paul, God’s Word and Spirit change the hearts of sinners such that they are rescued out of the kingdom of darkness and into the Kingdom of his dear Son (Colossians 1:13). As Phil Ryken put it, “The Kingdom comes mainly through proclamation, through the announcement that Christ, who was crucified, is now King…. The only way people ever come into God’s Kingdom is by hearing His heralds proclaim a crucified King.”3

What Are We Really Asking?

As many scholars have noted, “Kingdom language” always represents a subversion of an established order. Any time a new kingdom arrives, it must do so as a rival of the current reigning powers. Writing in the last century, George Arthur Buttrick attested to this fact, noting that modern man does not like the word Kingdom. “It savors of totalitarianism,” he said.5 Of course, what Buttrick recognized is that the carnal heart of man refuses to be ruled by anyone but himself. In the modern era we have domesticated our kings and turned them into little more than tabloid figures or national mascots. In many constitutional monarchies, the monarch only bears the responsibilities of opening parliament and adorning postage stamps.

But true kingship is not as facile or impotent. The reign of Christ is the reign of a true King: one who demands allegiance; one who will disrupt the order of our lives; one who will call us to abandon our own pursuits for the sake of his. Thus when we pray “your Kingdom come,” we are praying something incredibly dangerous because it imperils our comfort and devalues our ease. By praying “your Kingdom come,” Jesus teaches us that we are ultimately meant to value God’s agenda, not our own. By making God’s Kingdom paramount in our hearts, we are setting aside our own paltry attempts at personal glory to pursue the glory of King Jesus.

One of the reasons we must pray for God to advance his kingdom is because we, in and of ourselves, cannot cause the Kingdom to come. In fact, only the sovereign grace of God has the power to break through the darkness and establish His reign by changing the hearts of rebellious sinners. The human heart is naturally hostile to the Kingdom of God because it challenges our sense of identity and commitment to self- glorification. As Augustine noted, the citizens of the City of Man are animated by self-love. They refuse and resist God’s Kingdom because it doesn’t conform to their agenda….

So what are we asking when we say “your Kingdom come”? We are asking for something wonderful and something dangerous all at the same time.

Are you needing a new prayer? It hardly looks like the Kingdom of God is right in front of us. At least with our human vision. Now is as good a time as ever to plead with the Lord for His Kingdom to come. And, now we know why we ask for “Your Kingdom come”. How does this excerpt fit into your perception of the Kingdom of God? Come share your thoughts!